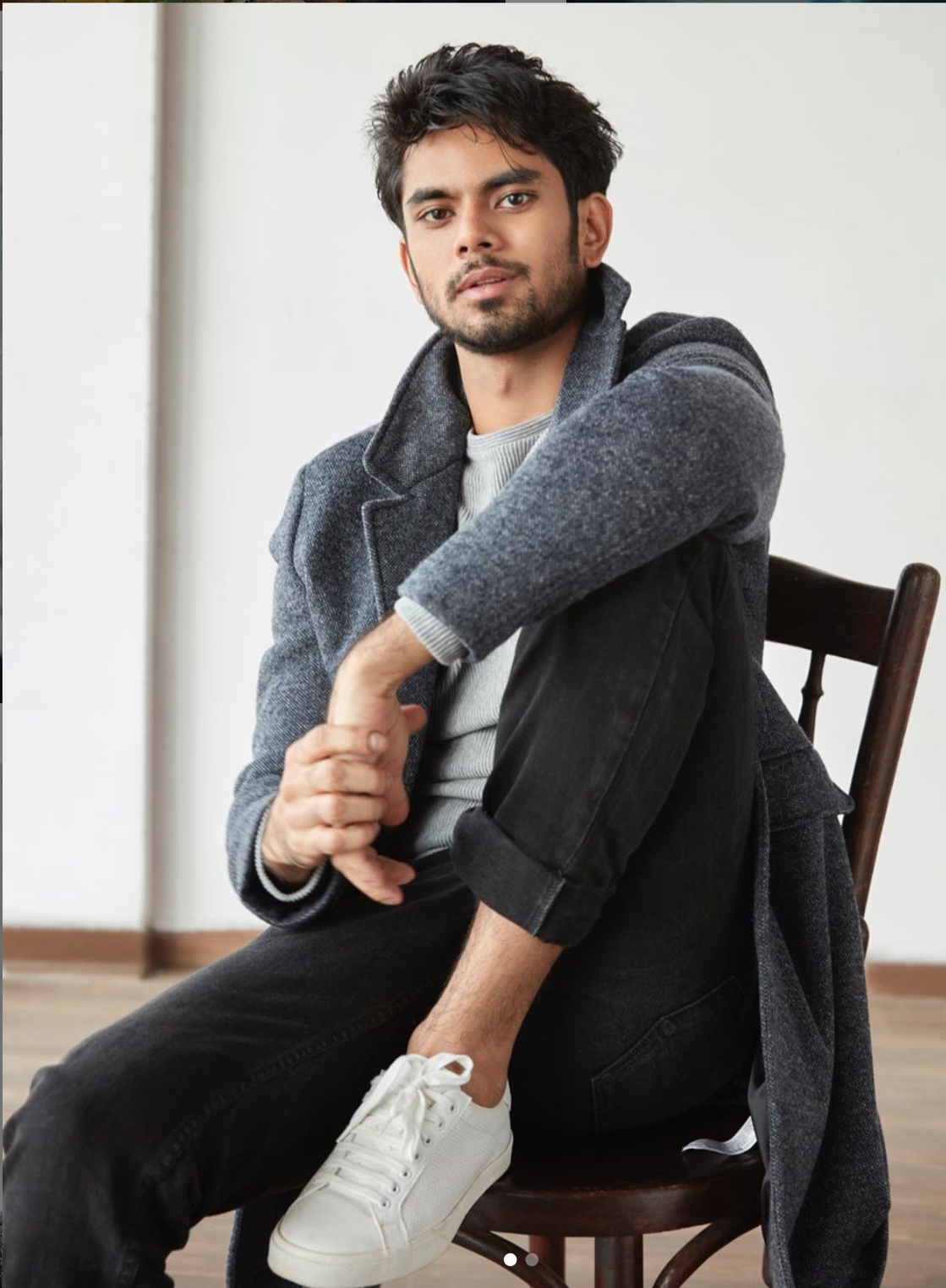 AS THE son of globally renowned actor Paresh Rawal and actress turned director Swaroop Sampat, it was perhaps inevitable that Aditya Rawal would follow in his parent’s footsteps.

Instead of waiting for everything to be handed to him on a platter, the determined newcomer immersed himself in acting from a young age and studied hard to learn all the nuances of it.

He then went through a few years of struggle and landed his debut movie Bamfaad, which became one of the first Bollywood films to be released directly onto streaming sites during lockdown.

Since the love story set in a small town premiered on ZEE5 recently, the latest star kid on the Bollywood block has received good reviews and set himself up for an exciting career.

Eastern Eye caught up with Aditya to talk about his new film Bamfaad, legendary father, future hopes and unique lockdown watch list. He spoke with genuine passion and was clearly clued up about past greats.

What first connected you to acting?
My parents have been actors on stage and for film for more than three decades now, so my brother and I, while growing up, were always in and around this world. While we didn’t visit them too much on their movie sets, we did attend their theatre rehearsals and joined them on their tours where we saw plays 10, 15, maybe 20 times even. For me, one of the most important moments was when I saw my father perform in the theatre play Khel, which was based on the play Sleuth, alongside Mr Naseeruddin Shah.

Why was that so important?
Watching two great actors going at it day in day out, engaging, entertaining and moving audiences in every performance and yet, being able to find something new for themselves and keep themselves interested in every performance was a great learning experience. It was through them I saw this could be a fun and fulfilled profession, not just the performance, but the entire process that goes into building it.

How much of an influence was your father Paresh Rawal on you?
Like most fathers, he is a great influence on me not just as an actor, but even as a person. My parents tried to inculcate values in my brother and me, of believing in yourself and having the confidence to go after your dreams. Of going down that path of perseverance and making things happen through hardwork because any artist’s journey has lots of ups and downs. I have seen that happen to my parents, but they never let their shoulders drop, always kept going and made sure to enjoy what they were doing. So, they both have been great influences on me.

What do you most like about your father as an actor?
Definitely his versatility and ability to step into distinct characters. His ability to play different roles, regardless of genre and be able to do so now with such practised ease. You see him being himself for a moment in the wings and by the time he is on stage, he is somebody completely different. He is that character. The same for films. I was enthralled when I first saw him perform on a movie set. By the time he went from the trailer to where the shot was being taken, he was completely ready to play the character and be in the space he had to for the scene. Watching him do that with characters so different to one another is his most attractive quality as an actor for me.

What was the experience of working on your debut film Bamfaad?
It was just fabulous. I mean it being my first feature film as a lead actor I thought I would be nervous going in, but the workshops and preparations set us up in such a way that we were primed and ready to go. We were already in our characters by the time we began shooting. It was just lovely working with the director Ranjan Chandel; it was also his first feature film. There were a lot of young actors on set, along with the more experienced Jatin Sarna and Vijay Varma, who are both fabulously talented actors, and even better people and human beings.

Tell us more…
Jatin bhai and Vijay bhai were quick to put all of us at ease, to make us feel comfortable in the process. Whether it was me, the director or other new actors that were working on the film. There was a lot of young energy, but Jatin bhai and Vijay bhai were generous and quick to help put us at ease. It was just a fabulous experience. It was an outdoor shoot for 45- 50 days. We were all together as a team and by the time we came back, we felt we had accomplished something and also grown as people through the process. 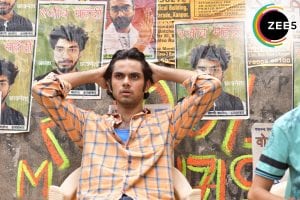 Tell us about Bamfaad and the character you play?
It is essentially a coming of age story of a young boy called Nasir Jamal. He is hot headed and bordering on arrogant, but at the same time he would do anything for his friends. Once he sets his eyes on something, he will never let go without achieving or obtaining that. It was so wonderful to be able to play someone who is so different to me in my first film, because it really meant that I was playing a character.

How much did you transform yourself for this role?
Whether it was in the manner of his speech, the way of carrying himself, his reaction to impulses and just his basic personality, he was so different to me. So it really allowed me to sort of sink my teeth into this character and try something different. Something I may not have had the chance to play otherwise, and all of this being in my first feature film was an added challenge, but one I was so happy to take head on.

Have you binge watched anything during the Covid-19 lockdown?
I have over the past weeks been watching films I have always planned to, but sort of never ended up watching because of schedule issues or life getting in the way. So I have been watching a lot of Harold Pinter’s old works, whether it was the films he wrote or his plays that were televised. I have been watching a lot of Francois Truffaut and Abbas Kiarostami – all old classics that I wanted to watch and heard so much about, but never actually got down to seeing them. So that is the kind of stuff I am currently enjoying.

What is your master plan?
As an actor I don’t particularly have a master plan per se, except for wanting to play a wide range of characters and be a part of great stories. Also, work with people I admire, whether they are writers, directors, actors, cinematographers or producers. That is I guess how I would go about it, selecting stories and scripts that appeal to me and play characters that scare or challenge me. If I do it that way, I guess it will all work out for the best because regardless of the result, I will have enjoyed the process and that is all you can hope for. So that going forward will be my plan.

Apart from your father, who are your acting heroes?
There are so many actors that I admire, but if I had to name a few I would say Nawazuddin Siddiqui sir, I think he is great. Of course Irrfan Khan sir; the wonderful work that he did throughout his career that transcended our national borders. I love the world of Christian Bale and think his versatility is almost frightening, that’s how good he is. As for the all-time greats, there is Marlon Brando, Daniel Day-Lewis, Dilip Kumar saab and so many more. But these are some of the many I look up to.

Why should we watch Bamfaad?
You should watch Bamfaad because it is an exciting and engaging story. It has fascinating characters, is incredibly funny and deeply moving. One of the things that attracted me most when I read the script was the world co-writers Ranjan Chandel and Hanzalah Shahid created. Hanzalah is from the neighbourhood the story is set in and Ranjan bhai is not far from there. They are keen observers and writers with great talent and flair. So what they have done is taken a world they know intimately, put it on the page and now on the screen, in a most entertaining, yet honest and unique manner. So, that for me would the main reason to watch Bamfaad.

Jackie Shroff: Still on top of his film game

Magic of movies with a message

Kabir Bedi and seven stories he must tell

Tez Ilyas: To me what I’ve achieved is so surreal

Pallavi Sharda: Hurray for a Hollywood game of cat and mouse