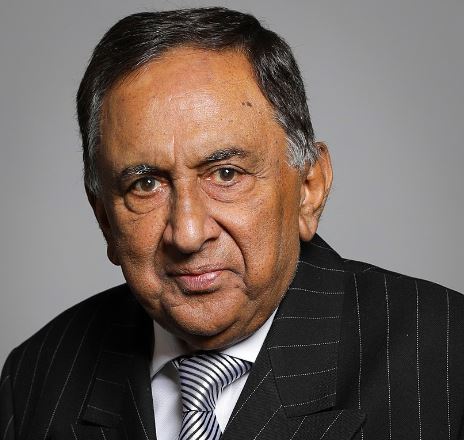 On July 30, Associated Newspapers, publishers of  MailOnline, apologised to Lord Sheikh after accusing him of associating with “Islamists, hate preachers and Holocaust deniers” in an article.

The story, published on MailOnline in August 2018, focused on Lord Sheikh’s attendance at a conference in Tunisia in 2014, where Jeremy Corbyn had participated in a wreath-laying ceremony.

“In view of the libellous remarks I decided to take action against Associated Newspapers and the case was decided in my favour. They apologised to me in a statement in Open Court which was read out before Justice Warby,” Lord Sheikh said in a statement.

The article categorised the Tunisian event as a ‘conference of hate’. It reported that two Conservative MPs, Robert Halfon and Zac Goldsmith, had demanded an investigation into Lord Sheikh’s attendance.

In November 2018, the Conservative Party’s independent Code of Conduct panel dismissed the complaint brought by Halfon and Goldsmith, though the original article remained online.

Last year, Associated Newspapers notified Lord Sheikh that the story had been removed, and offered to publish a correction and apology and to pay compensation as well as legal costs. That offer was accepted by Lord Sheikh.

“Both before and since I entered the House of Lords, I have consistently sought to promote inter-racial and inter-faith understanding, tolerance and respect. I am a member of the All-Party Parliamentary Group against antisemitism and I have always spoken out against antisemitism. To find myself accused by a newspaper of the very conduct which I have always opposed was profoundly hurtful,” adds Lord Sheikh.

“I am delighted to have been able finally to clear my name from these shocking and unfounded allegations.”

He thanked his legal team for their support during “a very difficult and distressing time”.

Lord Sheikh has been engaged in the promotion of inter-racial and inter-faith understanding, tolerance and respect both before and since his 2006 appointment as a life peer.