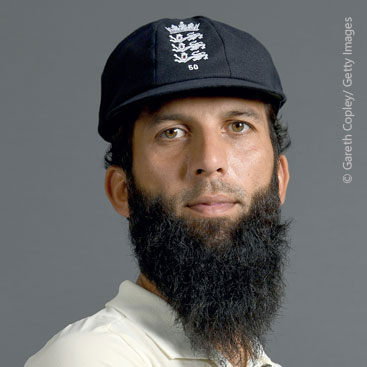 WHEN Moeen Ali stood on the podium at Edgbaston last month and lifted the coveted T20 Trophy having led his unfancied Worces­tershire side to glory, it was the culmination of a remarkable turnaround for the England star who just eight months earlier, was in the depths of despair having suffered a torrid time in the Ashes series Down Under.

Moeen’s days of playing Test cricket for England looked over after the Australia tour where he took only five wickets at an average of 115 and averaged just 19.88 with the bat.

But he clawed himself back into the selec­tors’ reckoning with stellar performances for Worcestershire. By the end of the summer, he was putting in Man-of-the-Match efforts in Tests, helping England become the No 1 one-day side in the world and showing his class for Worcestershire by scoring runs and taking wickets in the T20 semi-finals and final.

This fighting spirit is rooted deep in the 31-year-old, and it comes from the sacrifices his father made to fulfil his dream of watching his son play for England. In his recent autobi­ography, Moeen revealed that his father Munir asked him as a 13-year-old to give him just two years of his life and the extraordinary lengths he went in that time to develop Moeen’s talent.

“My dad said to me, ‘every day you are going to train. Give me two years of your life (from 13-15) and you can do whatever you want after that,’” Moeen said. “At the time, when we were struggling fi­nancially, my dad somehow would take time out so I had to make sure I fulfilled those two years. That was the best thing my dad ever did for me and I’m forever grateful for that. “He would drive a taxi all night, come in at six