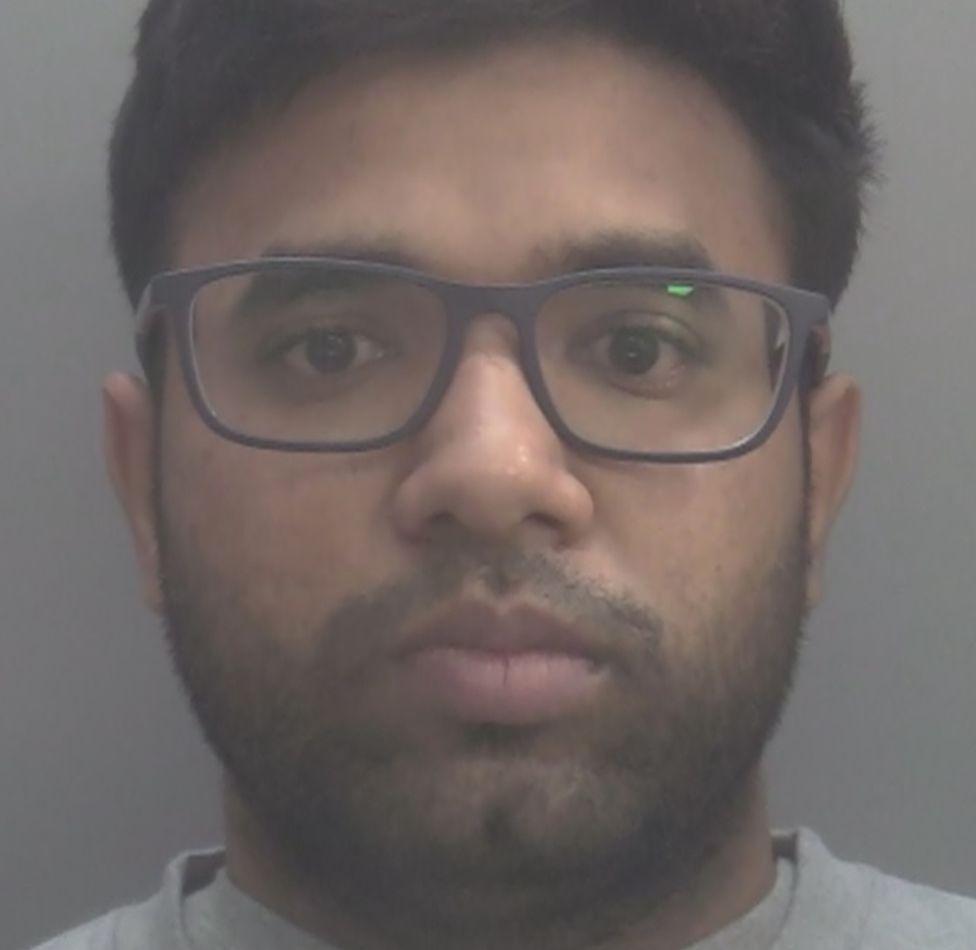 A MAN who stabbed his wife multiple times before driving to a nearby street where he left her body on the pavement has pleaded guilty to murder and been sentenced to life imprisonment by a court on Monday (18).

Kashish Aggarwal, 28, attacked wife Geetika Goyal at their home on Wintersdale Road in Leicester, on March 3 this year.

He then placed her body in the boot of her car and drove around half a mile to Uppingham Close, where he left her body on the street before driving back home, Leicestershire Crown Court was told.

Aggarwal was sentenced by the court to life imprisonment to serve a minimum of 20 years and six months before being eligible for parole.

“Today’s hearing sadly will not bring Geetika back, but I do hope it helps Geetika’s family in some small way to see that justice has been done for their daughter and sister who lost her life in this most horrendous way,” said Detective Inspector Jenni Heggs, from the East Midlands Special Operations Unit of Leicestershire Police. He was the senior investigating officer in the case.

Trying to cover his tracks, Aggarwal made calls to his wife’s phone and to family and friends reporting his concern that he had not seen his wife since arriving home from work that evening.

Goyal’s brother then reported his sister missing to police. The following morning, March 4, police received a call from a member of the public who reported that a woman was lying on the pavement in Uppingham Close.

Goyal was found with multiple stab wounds to her neck, shoulder, chest and arm. East Midlands Ambulance Service were also in attendance and Goyal was pronounced dead at the scene.

A murder investigation was launched, with Aggarwal initially being treated as a significant witness. But following initial enquiries, he was arrested on suspicion of murder shortly after. CCTV enquiries also showed the husband driving Goyal’s car to deposit her body.

This included CCTV of Aggarwal turning the car around in the driveway at the home during the evening so that the vehicle boot was facing the property.

Aggarwal was charged with his wife’s murder within days, on March 6, and remanded into custody.

Detective Inspector Heggs said, “Geetika was just 29 years old when a person, who she should have been able to rely on and trust, violently attacked her in her own home before ultimately dumping her body in a nearby street.

“Aggarwal showed no remorse and was only interested in trying to cover his own tracks pretending to family, friends and the police that he had no idea what had happened to his wife. He continued to change his version of events a number of times when being interviewed by police.

“My thanks do go to Geetika’s family for their bravery, patience and cooperation with us during the past eight months.”

Following the sentencing, Geetika’s family issued a statement through the police to express their “devastation” at losing a member of their “close knit” family and said they recently travelled to India to scatter the ashes.

“We cried during the journey there. We should not have been doing what we were doing. This was not how it should have been. We just wish we could have done more to help her when she needed us the most,” they said.

In a statement, they added, “Geetu was a kind, gentle, humble and honest person. She would not do anything to harm anyone else and always spoke politely of people. She was a good person who listened and cared for others. She was innocent and did nothing to deserve her death.

“We have no reason for why this happened and we cannot understand why Kashish murdered Geetu. We need to know why this happened but feel that we will never get the answers which we need. This makes Geetu’s death so much harder for us to accept and deal with.”