‘It’s scary that I too could be a victim’ 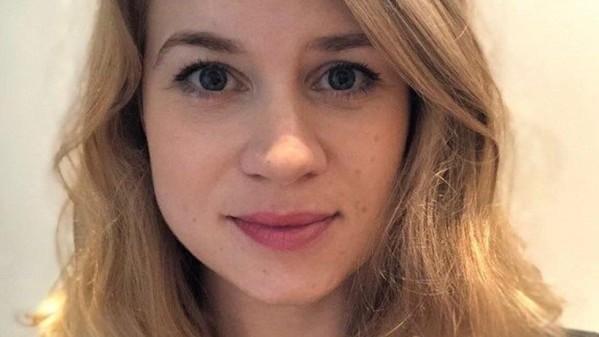 THE murder of Sarah Everard has “reinforced the fear” of travelling and going outside alone, women have said, as they detailed the measures they take to feel safe.

The body of Everard, 33, was found last week in a woodland area of Kent. The marketing executive was last seen as she walked towards her home in south London on March 3. Metropolitan Police officer Wayne Couzens, 48, was charged with her kidnap and murder last Friday (12).

The case has triggered a nationwide call for action as women across the country shared their experiences of harassment, abuse and violence at the hands of men. Commentators included journalists Ash Sarkar and Ayesha Hazarika, with the latter revealing she wears trainers at night in case she needs to flee from an attacker.

Speaking to Eastern Eye, Jabeen Mallik*, 18, said the case had reminded her of how cruel people can be and the “scary possibility” that she could fall victim to a similar crime.

“Reading about this case on the news has genuinely reinforced the fear I already feel about going out and travelling alone,” Mallik, from London, said. “It just reminds me of how things like this are actually possible. The anxiety already existed, but this has heightened it to another level. It also saddens me to think people could be so vile and hurt an innocent person.”

Liyana Farooqi*, 28, said the case has affected her trust in others– especially given that the suspect is a police officer. “It’s made me feel that I cannot trust anyone – even those who are supposed to protect us,” the substitute teacher told Eastern Eye. “(The case) has made me feel more uncomfortable with male presence and not doing things alone or walking alone at night.”

However, Bina Hatwal*, 27, admitted she was not particularly shocked by the Everard case. She recalled numerous high-profile cases in the past when women and girls have been kidnapped and killed, including Grace Millane – a British backpacker who was murdered in New Zealand by a 26-year-old man in 2018.

“I know it is bad to say, but there have been a number of instances in the past when women and girls have been attacked or abducted,” she told Eastern Eye. “You become a bit immune and desensitised to it.”

All three women admitted feeling obliged to take several precautions while outside in order to feel safe at night. Mallik said she always keeps her keys between her fingers in case of an attack and her thumb over the power button on her mobile, so she can press it repeatedly for emergency help. She hides her jewellery too, especially in places where there is no CCTV.

“During winter, I put up my hood to hide my hijab, in order to make me less likely to be a victim of an attack,” she added.

Farooqi revealed she always tells a friend where she is going and who with, if it is late at night. “Especially if I’m going out on a date,” she admitted.

Hatwal said she has even tried to hide her physical features while out at night. “I try not to look vulnerable,” she said. She admitted feeling uncomfortable during the winter when it becomes dark earlier in the day.

“There have been times when I’ve met my friends around 6pm when it gets dark, and I’ve felt frightened,” she said. “One time, I was meeting my friend and I felt really scared coming out the station and going to meet her.”

Following Everard’s death, it was announced on Tuesday (16) that new safety measures would be put in place in England and Wales. This would include an additional £25 million for better lighting and CCTV, and a new pilot scheme would see plain-clothes officers in pubs and clubs.

Meanwhile, a recent survey by UN Women UK found 97 per cent of young women in Britain have been sexually harassed.

Hatwal said there have been times when she has been made to feel uncomfortable with unwanted attention in bars and nightclubs. Mallik said she is regularly cat-called while walking to her local shop by “strange men”. “You can tell they are trying to unsettle you,” she said. “Once a man shouted at me while I was on my way to Asda. He shouted ‘oi’. It’s a small incident, but it’s enough to frighten you, especially being a girl and one of colour wearing a hijab.”

Hatwal said the government and authorities have not done enough to stop violence against women. “There have been so many occasions when the prime minister has said ‘our thoughts and prayers go out to…’ It is the same rhetoric all the time,” Hatwal said. “But it is all words and no action.”

The student added that there needed to be education programmes for men and women from an early age. “When I was at school, I felt we didn’t get taught these things at all,” she said. “I don’t think parents actively talk to boys and tell them, ‘don’t do this to girls, don’t do that’. The lack of education is quite concerning.”

Meanwhile, Labour MP Jess Phillips read out in the Commons the names of all 118 women murdered by men in the UK last year. “The message that needs to be sent is male violence is something that has to be tackled and challenged and the justice system and society has to wake up to that,” said Phillips.

Since last year on this day, these are the women killed in the UK where a man has been convicted or charged as the primary perpetrator in the case. pic.twitter.com/CTaLOc0F5v

Home secretary Priti Patel said, “Every woman should feel safe to walk on our streets without fear of harassment or violence.”

Addressing MPs in the Commons, she added, “Too many of us have walked home from school or work alone, only to hear footsteps uncomfortably close behind us. Too many of us have clutched our keys in our fists in case we needed to defend ourselves, and that is not ok.”

The government has received 78,000 new responses to its appeal for evidence on violence against women, which was reopened last Friday (12) in light of the reaction to the Everard case. “That is completely unprecedented and considerably more than the 18,000 responses received over the 10-week period when the survey was previously opened,” said Patel. She added the responses would help shape a new strategy on tackling violence against women that she would present later this year.

To submit your response for the government’s call to evidence on violence against women, see: https://www.gov.uk/government/consultations/violence-against-women-and-girls-vawg-call-for-evidence

(With agencies)
*Names have been changed to protect identities