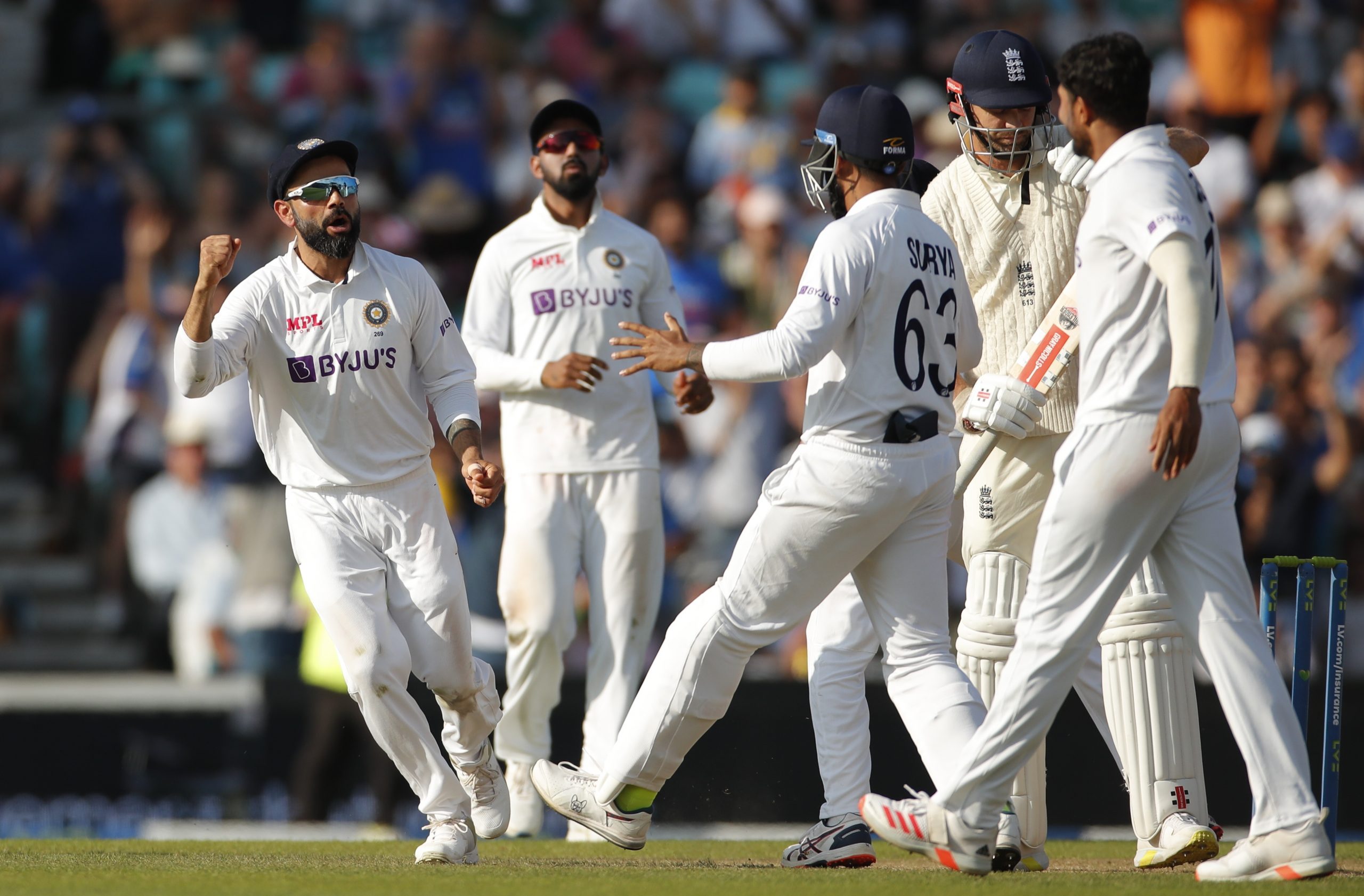 THE fifth Test between England and India in Manchester starting Friday (10) is set to go ahead as scheduled after the England and Wales Cricket Board announced on Thursday (9) there had been no further positive coronavirus cases within the Indian camp.

The match was under threat after the tourists cancelled a training session and media commitments following reports on Thursday (9) of a fresh Covid-19 case involving a support staff member.

But an ECB spokesman said later Thursday that all subsequent PCR tests from within the India squad had produced negative results and that the Test match “goes ahead”.

India beat England by 157 runs in the fourth Test at the Oval on Monday – a result that left the tourists 2-1 up with one match to play.

But media reports in India said another member of the backroom staff had now tested positive following a fresh round of testing on Wednesday.

Earlier, a Board of Control for Cricket in India (BCCI) source told AFP: “The training session today was called off and all the players have undergone new tests.”

And the negative results now appear to have enabled the showpiece match to go ahead, with India bidding for just their fourth series win in England and the hosts looking to avoid losing two series – they were previously defeated by New Zealand – in a home season for the first time since 1986.

Parmar had to take charge during the fourth Test after lead physio Nitin Patel was forced to self-isolate after being identified as a close contact of Shastri.