In India’s capital, a man drags cop on car’s bonnet 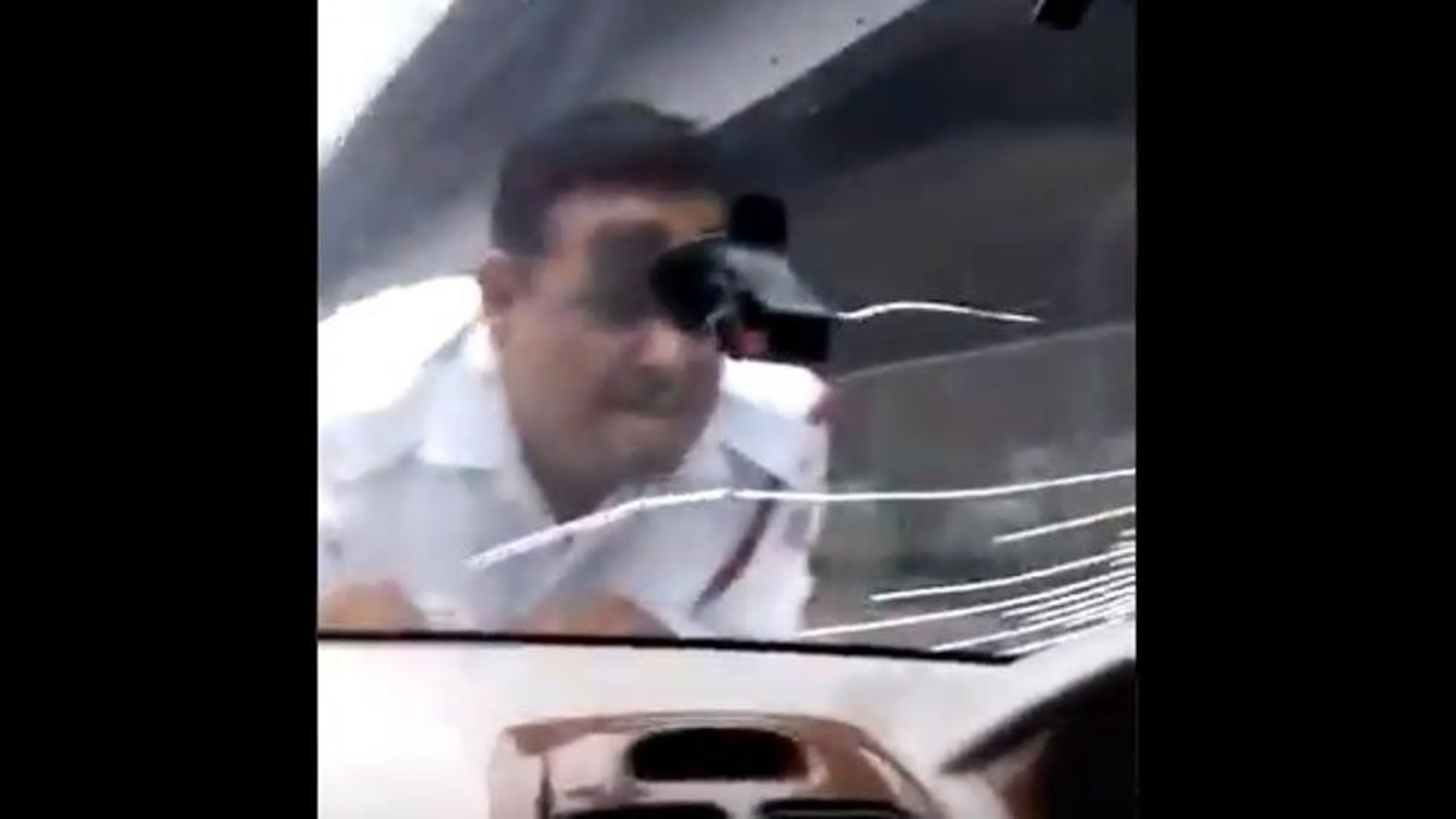 A man has dragged a traffic cop on car’s bonnet for 2 km in Nangloi area of outer Delhi to allegedly escape from paper check by the officer.

Though the incident took place in November 2019, the video footage of the same went viral on Sunday.

People on all social media platforms have shared the video and exchanged comments on the incident.

The policeman was trying to stop the accused by jumping atop his car’s bonnet.

The ‘victim’ was later identified as Sunil. He suffered injuries following the unfortunate incident.

The cops were checking papers of the vehicle at Nangloi Chowk when the accused’s car came from another side.

The policemen indicated the accused to stop but after slowing the speed of his car the man tried to escape. Then in a bid to stop the person, Sunil jumped atop the bonnet of his car.

Shockingly, instead of stopping the vehicle, the accused accelerated the vehicle and dragged the cop to about two kilometres.

The co-passenger in the car recorded the whole incident on his mobile. After so many requests, the accused gave a chance to Sunil to get down and then he fled away.

On social media mixed response received for the incident. Many hailed the cop for his bravery.

Now, the police department has initiated a probe into the matter.