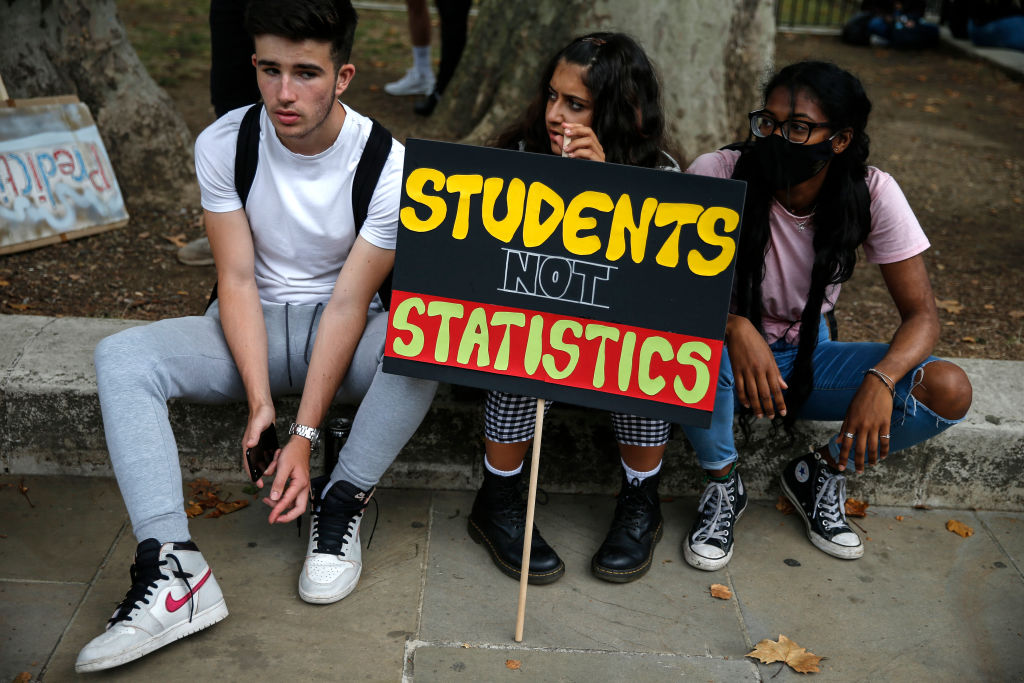 THE British government bowed to public pressure over its school exam grading system, ditching an algorithm that downgraded the results awarded to students in England after their tests were cancelled due to Covid-19.

The government had faced days of criticism after the mathematical model used to assess grade predictions made by teachers lowered those grades for almost 40 per cent of students taking their main school-leaving exams.

Students will now be awarded the grade that their teachers had predicted for them based on past performance, Prime Minister Boris Johnson’s government said on Monday (17).

Education Secretary Gavin Williamson — who had last week ruled out a U-turn — apologised for the handling of the process, saying he had decided to act after “unfairnesses” became clear.

“I am sorry for the distress this has caused young people and their parents, but hope this announcement will now provide the certainty and reassurance they deserve,” he said.

“This has been an extraordinarily difficult year for young people who were unable to take their exams. We worked with Ofqual to construct the fairest possible model, but it is clear that the process of allocating grades has resulted in more significant inconsistencies than can be resolved through an appeals process.”

A snap opinion poll by YouGov showed 75 per cent of respondents thought the government had handled the situation badly, and 40 per cent thought Williamson should resign.

Asked if he would resign, Williamson said: “I think what those youngsters wanted to see was action being taken.”

The chaotic handling of the grades has been felt as far afield as Egypt and Pakistan as some schools there rely on British assessments to secure internationally recognised qualifications.

The algorithm will also be dropped for results for separate exams taken mostly by 15- and 16-year-old students.

The dispute has damaged Johnson’s core message to voters – that he wanted to get rid of barriers to achievement and help those from poorer backgrounds and areas fulfil their potential.

Labour leader Sir Keir Starmer said the government had been “forced into a screeching U-turn after days of confusion”, and slammed the  handling of students’ results as “a complete fiasco”.

“This is a victory for the thousands of young people who have powerfully made their voices heard this past week,” he said.

Critics also highlighted that some students had missed out on university places after they were downgraded several levels by the regulator’s initial model.

Williamson said he was lifting a cap on the number of students that universities can accept, but it was unclear how universities will handle the unprecedented revision of grades.

The government’s decision, which applied to England, mirrored those made by devolved administrations in Wales and Northern Ireland on Monday, and in Scotland last week.

Analysis of the algorithm showed it had resulted in “manifest injustice” of favouring students in fee-paying private schools, said Paul Johnson, director of the Institute for Fiscal Studies think-tank, writing for the Times.