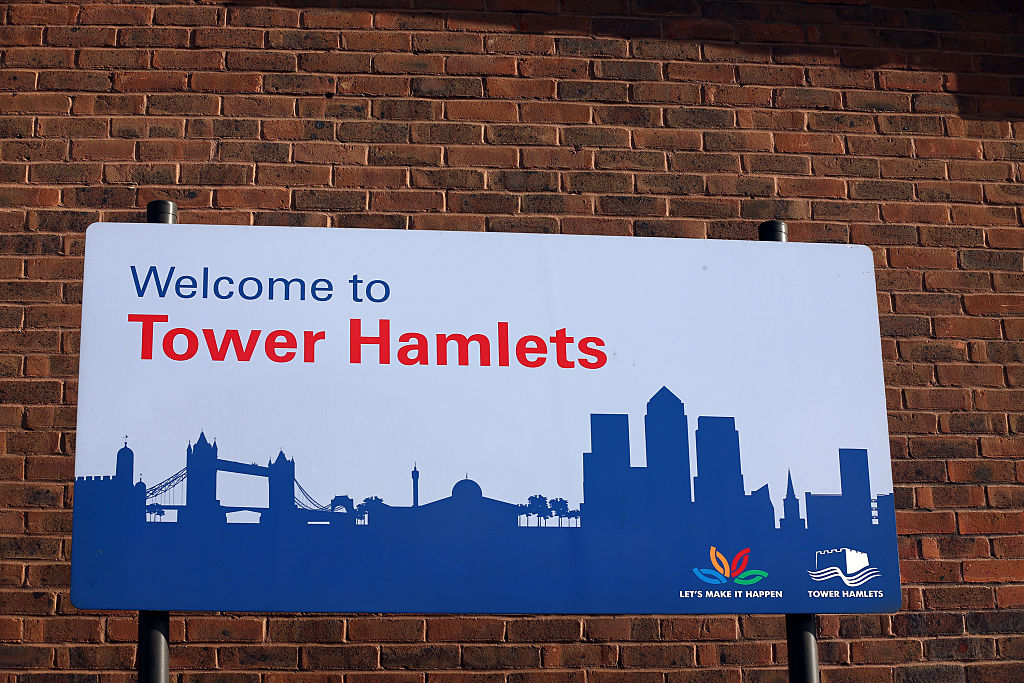 A sign welcoming people to the London borough of Tower Hamlets is pictured. (Photo by Carl Court/Getty Images)

A FRAUD investigator has claimed that he was sacked from his job by a scandal-hit council because he is white and the subjects of his investigation were Asians.

Mark Edmunds, 54, is suing for £529,000 in a race and sex discrimination case against the London borough of Tower Hamlets, The Times reported on Thursday (22)

Britain’s first Muslim mayor, Lutfur Rahman had won control of Tower Hamlets in October 2010 but was removed by a court for rigging his 2014 re-election. When BBC One programme Panorama investigation raised serious concerns about fraud in the borough, Edmunds worked on a review of the youth service, according to The Times.

The review found that Rahman had used youth grants to bribe voters.

Twelve Asian employees in senior positions were dismissed as a result of Edmunds’ investigations.

Edmunds claims that was also threatened and harassed.

“The threats and intimidation were very real and serious given the history of many of those I was investigating (ie ex-gang members and drug dealers),” his witness statement said.

“Additionally, while conducting investigations I was regularly accused of being a racist and a bully, when all I was doing was my job, in an attempt to intimidate me and derail the investigation process.”

Tower Hamlets removed Edmunds from the case, and he claims the council failed “to investigate the false and defamatory allegation” of racism against him because of the colour of his skin.”