Five die of ‘heatstroke’ on overcrowded ferry in Bangladesh 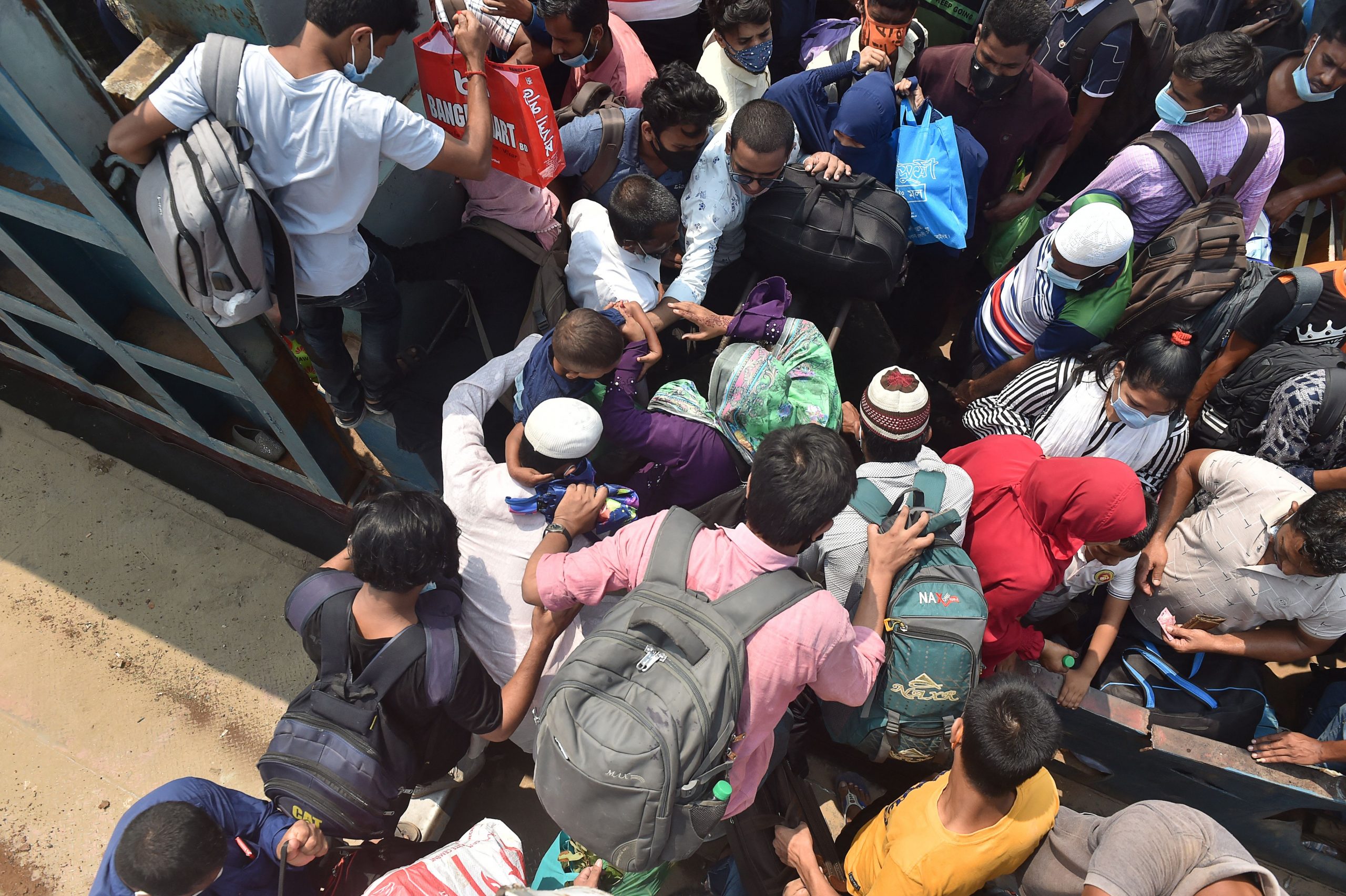 People board a ferry to leave for Eid ul-Fitr celebrations during a lockdown imposed to contain the spread of the Covid-19 in the Munshiganj district of Dhaka, Bangladesh, on May 13, 2021. (Photo by MUNIR UZ ZAMAN/AFP via Getty Images)

AT LEAST five people died in Bangladesh on Wednesday (12) on an overcrowded ferry carrying more than a thousand passengers, officials said, as millions defied the coronavirus lockdown to head home for Eid ul-Fitr.

They were found unconscious on the ferry near Shibchar, southwest of Dhaka, after more than 1,000 people rushed onto the vessel, which is designed to carry mostly buses and cars along with several hundred passengers.

“They passed out in the ferry due to suspected heatstroke. We sent them to a hospital where (they) were declared dead. At least eight were also hospitalised,” police official Chailau Marma said. “The ferry was overcrowded as more than a thousand people boarded it,” he said.

Tens of millions of Bangladeshis usually travel home to villages for the festival but this year, the government has shut down long-haul buses, trains and boats to prevent the virus from spreading.

But ferries used to carry ambulances and food transportation trucks have remained in use, prompting a dangerous rush of people in recent days hoping to catch a ride on the vessels ahead of Eid, which will be celebrated on Friday (14).