Finding a balance between two loves 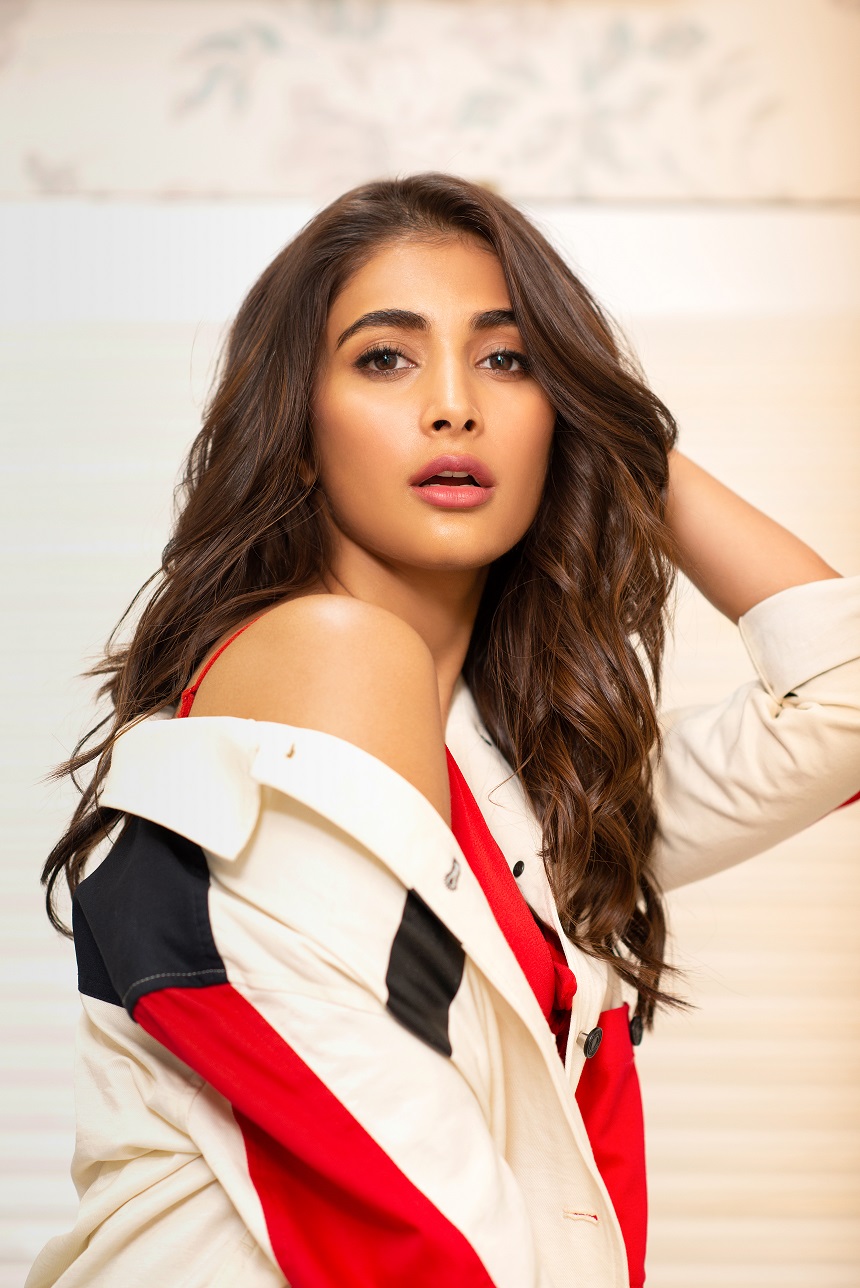 MODEL-TURNED actress Pooja Hegde has made an impressive mark in Telugu cinema with a series of winning performances in diverse projects and made her Bollywood debut opposite Hrithik Roshan in big-budget 2016 historical Mohenjo Daro.

This week the strikingly beautiful star marks a return to Hindi cinema in high-profile comedy Housefull 4, which is set across two eras. She plays two roles in the colourful comedy, which also stars Akshay Kumar, Riteish Deshmukh, Bobby Deol, Kriti Sanon, Kriti Kharbanda and a host of familiar names in supporting roles.

With more high-profile films on the way, Pooja will continue to balance genres and languages, and was in good spirits when Eastern Eye caught up with her to speak about cinema, Housefull 4, inspirations and future hopes.

You have been unpredictable with your choices; is that a conscious decision?
Well, I have been really picky and choosy with my films. I just want to do different kinds of roles and it’s a conscious decision that I have taken, to be experimental. I don’t want to work for the sake of working, which is why there has been a gap (in Bollywood), and I am taking my time. Also, in the south, I have been doing regional films, and it’s going great for me there. So I have the liberty to pick and choose my roles.

What did you like about Housefull 4?
Of course, it is a big franchise, a huge production, has a strong cast and a big banner. That is why I decided to do the film. Also, no one has really done a comedy in a period film or setting, where we are doing slapstick kind of comedy in those outfits. So it’s something new in terms of the characters you are going to see.

You play characters from two different eras. Tell us about them?
I am playing Rajkumari Mala in the past life where she is opposite Riteish (Deshmukh) and in the present life I play Pooja opposite Akshay Kumar. The girls in general in Housefull 4 are very feisty. You will see us beating up people also. We are not damsel in distress kind of girls! We have been sword fighting in the past life, and there are a lot of interesting things happening, but they are just fun characters.

How does a multi-starrer compare to a solo film and is it more or less pressure?
Honestly, the pressure is always high, whether you are doing a solo film or a multi-starrer. When you come from a background that is not a film-related one and doesn’t have friends or family in the industry supporting you, then every film becomes important
for your career; you want to shine and bring attention to yourself. You want to do the best you can because that is what will speak for you. People will watch you on-screen and decide if they want you to be a part of their (next) film or not. I wouldn’t say it’s stressful, but it is challenging. If you get an opportunity you want to do your best.

What about comedy as a genre?
Comedy is tough for me to do I would say, more than it being a multi-starrer, because I haven’t done this kind of film. Comedy, in general, is very difficult because making people laugh is one of the hardest jobs. It is not easy at all! Sometimes a joke can fall flat and you need to get the timing right or say it in a particular way. So it really is all about timing.

It must help you are part of such a strong cast?
When you are acting opposite stalwarts such as Akshay and Riteish, who have been doing comedy for so long and are so good, it really helps. I was more like a sponge on set, absorbing and learning everything, including how they approach a scene. You can tell them if something is not that funny, and they will improvise to make it better. You have to be in the now and present moment when you are shooting comedy. It has been a great learning experience for me.

What kind of comedies do you enjoy watching?
I have always been a fan, in general, of romantic comedies. I did love the first Housefull and it was a fun film to watch. I genuinely think Housefull 4 is going to be really funny. It is something new with a new perspective and story. I think people will enjoy it.

I love your versatility. How does Hindi and Telugu cinema compare?
Thank you so much Asjad! That is such a big compliment because for an actor versatility is everything. The funny thing is I just did a Telugu film where I play a village girl and now suddenly you will see me as this glamorous person in Housefull 4. But going on set for me is so exciting! I genuinely think films are films everywhere and people are people. The only thing that would change is probably the mannerisms of the character.

Tell us more…
When I am playing a Telugu girl, I would perhaps react to a situation in a different way and the body language is different, as compared to an urban girl in Mumbai. It’s all about finding the character’s nuances and understanding people better. The characters and obviously the language are different, but otherwise, it is all the same I think.

As someone who has had great success in Telugu cinema, you must be happy how well it is doing globally?
Yes, it is doing incredibly well! I think what has happened is that people are now looking for great content and language has become no barrier. So it could be dubbed or in another language (with subtitles), and people are ready to watch. Like Narcos, which is predominantly shot in Spanish, but people watch it globally because there are subtitles, and it is great content. I think the world is becoming a lot smaller in that way as
people are accepting different things.

Telugu cinema has gone global now, so you must be getting a great response…
I think Telugu cinema has really advanced in terms of what they are making, at the same time staying true to themselves. They are not trying to be something else! It’s great when I go to places like London and New York, and people come up to me. These are foreigners
– I am not talking about Telugu people – and they know me. I thought they would recognise me because of Mohenjo Daro, but they watched my Telugu films. It’s such a pleasant surprise.

Will you continue to mix up the genres and languages in the future, including working in the west?
I would love to honestly! I never wanted to look at myself as just a Hindi or a south actress. I think I should be an Indian actress and not have limits, and why to conquer only one area when you can conquer them all. I am picking good scripts down south, finding projects in Hindi, which I think have the potential to do well. I have also had some offers from Los Angeles. I am genuinely looking at scripts, and if I like it, I will definitely do it, irrespective of the language.

Your forthcoming film opposite Prabhas looks set to be one of the biggest releases of 2020. What can you tell us about it?
We don’t have a final title locked as yet. I think it is going to be amazing because it is one of the best scripts that I have read. It’s a period love story from an era which I think as space has not been experimented or played around with before. No one has really done it in that period! It will be on the scale of Saaho, but the script is really beautiful. I have a good role in it, and it’s a well-written character. I’m super-nervous about it, but also very excited.

What inspires you?
I just want to be genuinely good at whatever I do. I have this need to be the best and I strive to be the best. That inspires me, but also recently when my film released and I saw videos of people dancing in theatres, cheering – and people were asking to stop the film and replay the songs – I felt just wow.

You must be thrilled your hard work is being rewarded…
Last year I shot four films at one go, and it was so hectic. I had sleepless nights, travelled up to 10 hours by car to make it on time. But when I see stuff like this where I can make someone get up and feel joy, dance, and forget about any stress, it’s gratifying. It feels really good and keeps me motivated to work harder.

Housefull 4 is in cinemas now 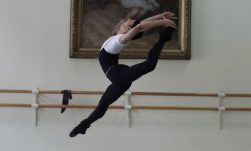 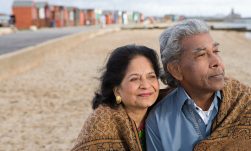 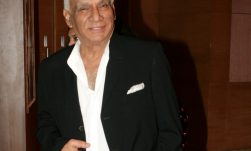 Arts and Culture
Why Yash Chopra is a Bollywood icon