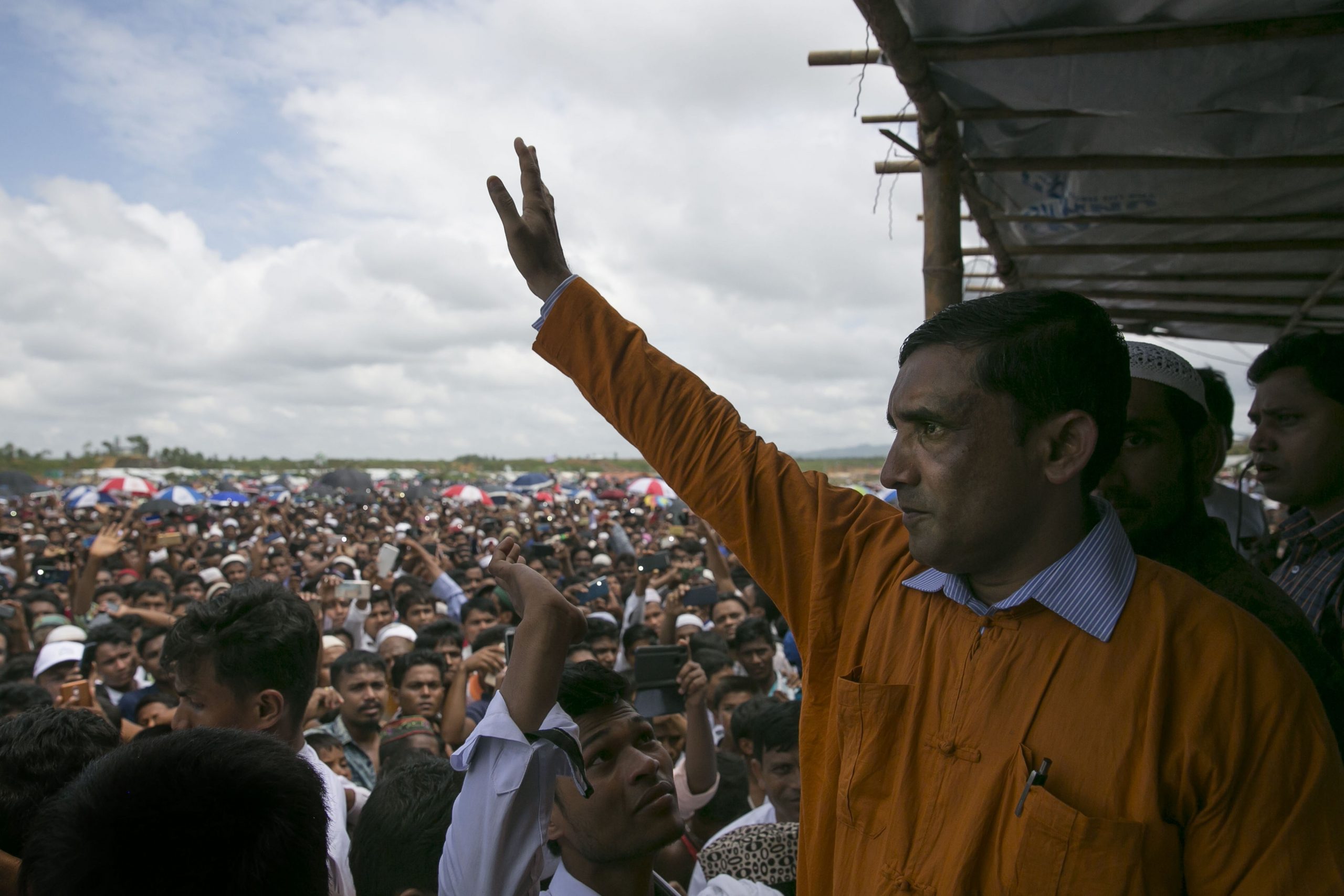 The brother of slain Rohingya community leader Mohib Ullah on Thursday (30) blamed militants for murdering him in a Bangladesh refugee camp because of his popularity and rights work.

Mohib Ullah emerged in recent years as one of the most prominent representatives of around 850,000 Rohingya stuck in camps in Bangladesh since fleeing violence in Myanmar in 2017.

Unidentified assailants gunned him down late Wednesday, prompting Bangladeshi authorities to deploy hundreds of extra armed police in the camps on Thursday.

Habib Ullah told AFP that his brother received death threats from the Arakan Rohingya Salvation Army in recent months and at least eight men from the group took part in the attack.

“ARSA forces have committed this murder. They often threatened to kill my brother from different (phone) numbers,” he said.

“ARSA did not just kill our brother, they killed our great leader.”

Police have said at least four unidentified assailants were involved in the shooting, which happened as Mohib Ullah chatted with other community leaders outside his office.

Mohib Ullah had set up the Arakan Rohingya Society for Peace and Human Rights (ARSPH), a community-based rights group that documented atrocities allegedly committed against the group by the Myanmar military during a 2017 offensive.

That campaign prompted hundreds of thousands of the long-oppressed mostly Muslim minority to flee into Bangladesh where they remain four years later in squalid refugee camps.

The former schoolteacher rose to prominence after his group held a grand rally on the second anniversary of the crackdown in 2019, which an estimated 200,000 Rohingya attended.

That year, Mohib Ullah also met then US president Donald Trump at the White House during a meeting on religious freedom, and also spoke at a UN Human Rights meeting in Geneva.

There was no immediate comment Thursday from ARSA, which was behind a spate of attacks on Myanmar security posts in 2017 and is also blamed for attacks on Hindus living in the Rohingya villages in the country’s western Rakhine province.

A senior member of Mohib Ullah’s group also blamed ARSA, saying the group was enraged by his growing popularity in the refugee camps and his work, which gave the “Rohingya a non-violent, progressive and liberal voice of reason”.

Rights activist Nur Khan Liton said Mohib Ullah told him earlier this month that he had received death threats from ARSA after his rights group expanded to all the Rohingya refugee camps.

Saad Hammadi from Amnesty International said the killing “sends a chilling effect across the entire community”, calling on Dhaka to speed up the investigation.

Police spokesman Rafiqul Islam said the probe was still at a preliminary stage.

“No one has been arrested yet,” Islam told AFP.