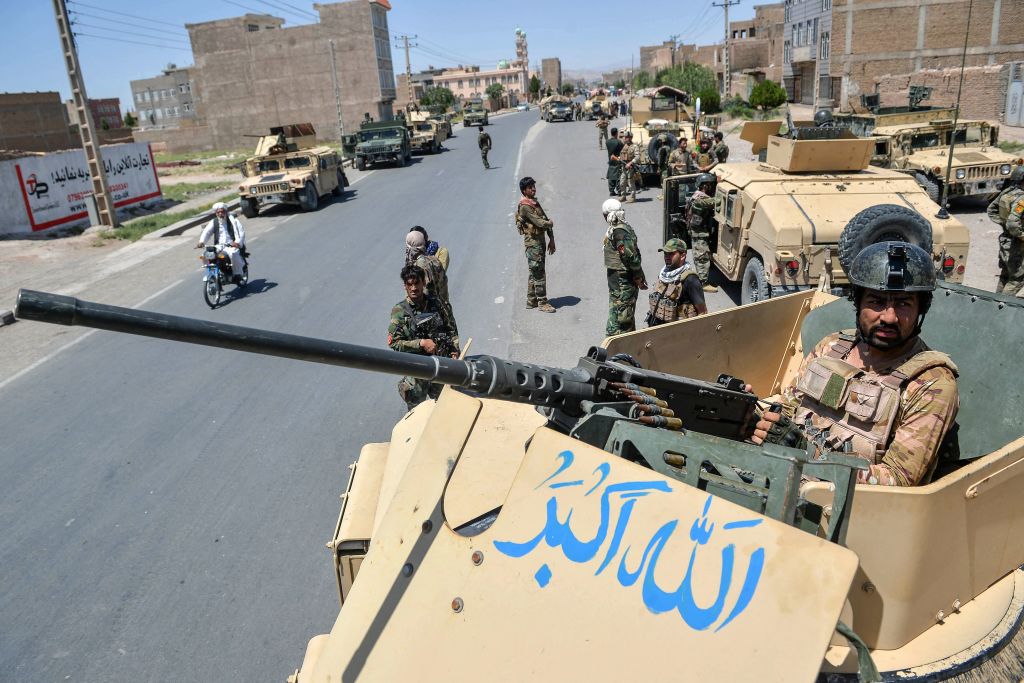 An Afghan National Army commando stands guard on a road in Enjil district of Herat province in Afghanistan on August 1, 2021, as skirmishes between government forces and the Taliban continues. (Photo by HOSHANG HASHIMI/AFP via Getty Images)

FORMER Canadian minister Chris Alexander has accused Pakistan of being complicit in “proxy war and war crimes” and engaging in an “act of aggression” against neighbouring Afghanistan.

Alexander, who served as Canada’s minister of citizenship and immigration from 2013 to 2015, said in a tweet on Sunday (1), “Taliban fighters waiting to cross the border from Pakistan to Afghanistan: anyone still denying that Pakistan is engaged in an ‘act of aggression’ against Afghanistan is complicit in proxy war & war crimes.”

Reacting angrily to Alexander’s tweet, Pakistan’s foreign office, in an overnight statement, described his comments as “misleading assertions” based on ignorance about the facts on the ground.

Pakistan has faced accusations from Afghan government officials for the alleged backing of the Taliban, but it is rare that a foreign figure has commented on it.

Alexander’s tweet comes as the US military, after nearly 20 years in Afghanistan, is in the final stages of withdrawing troops from the war-torn country, bringing an end to America’s longest war.

The Pentagon has said about 95 per cent of the US troops have left Afghanistan and the Taliban has rapidly expanded their presence to large swaths of the country.

In its statement, Pakistan’s foreign office said, “We strongly condemn the unwarranted comments by former Canadian minister Chris Alexander, making unfounded & misleading assertions about Pakistan’s role in #AfghanPeaceProcess. Such remarks betray a complete lack of understanding of the issue as well as ignorance of facts on the ground,” it said.

It said Pakistan has taken up the matter with the government of Canada.

“The matter has been taken up with the Canadian side. We have urged the Canadian authorities to take steps to address this motivated and malicious smear campaign,” it said.

The international community had begun to appreciate what prime minister Imran Khan had been saying for a long time, it said.

The statement pointed out that Khan maintained that there is no military solution to the conflict in Afghanistan and there is a need for an inclusive, broad-based and comprehensive political settlement.