Dangerous driver who killed young mum while showing off to ‘impress his cousins’ jailed; netizens outraged over ‘lenient sentence’

Aziz had been driving at around 100mph in Broadway, Walsall in November 2021. 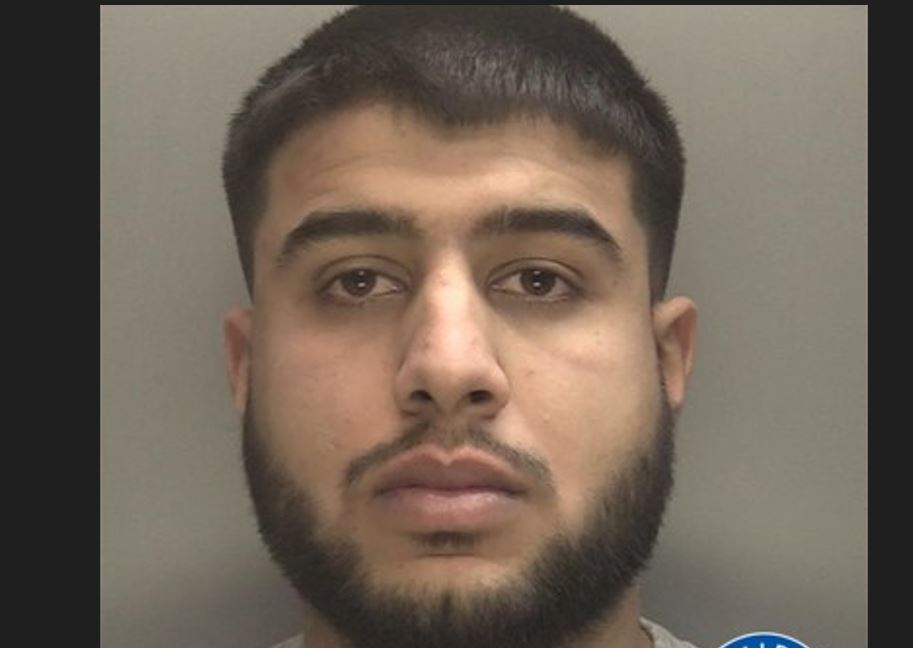 Netizens expressed outrage at the court’s decision to award just six years jail term for Hashim Aziz, who killed a young mum in Walsall while showing off to ‘impress his cousins’.

Aziz, 23, struck Baljinder Kaur Moore at 62mph as she was turning into a junction of Broadway and Magdalene Road in her vehicle in November last year.

Mother of a five-month-old boy, Kaur Moore was driving to pick up her husband Harjinder from his brother’s home when the tragedy took place.

Aziz pleaded guilty to causing death by dangerous driving and was sentenced to six years in prison at Wolverhampton Crown Court on Tuesday (10). Besides, he was banned from driving for seven years.

According to a report in Birmingham Mail, Aziz was awarded a reduced sentence due to his his early guilty plea. Otherwise, he would have been jailed for eight years.

When the West Midlands Police shared the court’s order on Twitter, many expressed displeasure over the decision.

While responding to the news, one Twitter user by the name @Floydy_Stu, wrote: Very lenient sentence,he’s taken a life through his own negligence so should be behind bars for a minimum of 30yrs,that would be a better deterrent rather than paltry 6yrs,I know you don’t set the laws but Ive a feeling you wish they were sometimes tougher.”

“Out by age 30 at the latest? hahahaha and you wonder why so many people do it,” another wrote.

“The thing that make me angry, that he got 6 year’s behind bars, and a 7 year driving ban. Serving his driving ban whilst behind bars, comes out and only had to wait a year before he his behind the wheel again,” another said on Twitter.

Many called the sentence an ‘absolute joke’ and urged to change the law to ‘stop speeding’.

According to reports, one of the car engines detached due to the impact of the crash and debris was left scattered 30 metres away.

The victim was extricated by firefighters from the wreckage but was pronounced deadshortly after the accident.

In a victm impact statement, Harjinder described running to the police cordon after hearing another driver say a young woman in a red car had passed away.

Aziz’s defence counsel, Adam Morgan, said that he was a former school prefect and had been studying accounting, adding that he is genuinely remorseful.

“Although the family might not be able to forgive him, he hopes they will be able to accept that he is sorry,” Morgan is reported to have said.

“You drove in excess of 100mph in a residential area, approaching a crossroads. This was dangerous driving of the greatest gravity and it was the loss of a life of a young mother, a daughter and sister,” said Judge HHJ Michael Chambers KC.