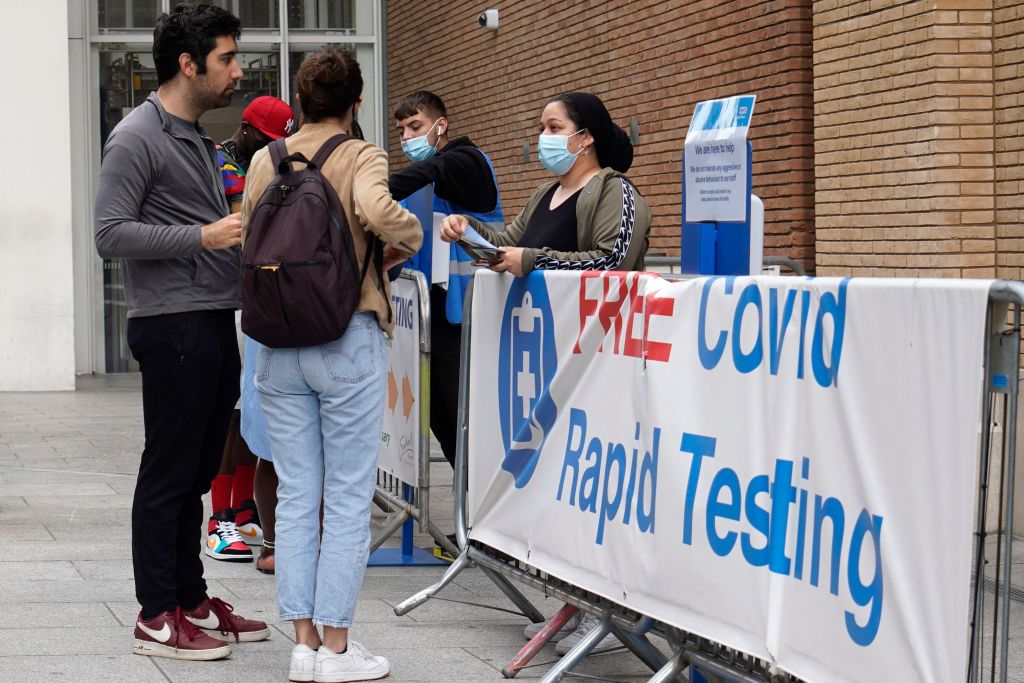 Members of the public chat outside a “Free Covid-19 Testing” site in south London, on July 31, 2021. (Photo by NIKLAS HALLE’N/AFP via Getty Images)

SCIENTISTS have warned that Britain will have to face the prospect of thousands of annual Covid deaths in the coming years, The Guardian reported.

The disease will circulate alongside flu and other seasonal viruses and become part of accepted winter illness, they added.

According to them, Covid is likely to sweep the country every winter affecting elderly and infirm people. When cold weather forces people indoors, virus transmission will increase, case numbers will rise, and some of these will result in deaths, the report added.

Researchers said that Covid infections could rise in autumn as vaccination rates falter and schools return. This could lead to a fourth wave this winter – one that could become an annual occurrence for years to come, The Guardian report said.

“We are going to see problems with Covid for a long time. The virus has shown itself to be genetically more nimble than we expected, though not as much as the influenza virus. So I would envisage Covid being a continuing problem for some time, with annual death tolls reaching thousands and possibly tens of thousands,” Prof Adam Finn of Bristol University, told the newspaper.

Prof James Naismith, director of the Rosalind Franklin Institute in Oxford, said: “We won’t see Covid-19 spread like wildfire again. There will be enough herd immunity in the population to ensure it will never kick off like that again. But everything will not be hunky-dory. We will have waves of illness similar to flu, I think. And they will kill. The issue is: how many? That is difficult to assess but if you look at current Covid deaths, these are occurring at about 100 a day.”

According to Prof Jonathan Ball of Nottingham University, numbers of Covid deaths will decrease over time as population immunity to the disease not only increases but also broadens.

“Covid is not going to be something that brings society to a halt. And we can minimise the problems it poses – through careful use of vaccines, for example,” said Prof Finn.

Prof Martin Hibberd of the London School of Hygiene and Tropical Medicine, told The Guardian: “I think we may be at a turning point in Covid-19 in the UK, with the proportion of people with antibodies now rising above 90 per cent. That means that soon we will be in as good a place as possible with vaccine protection – and yet, we are still seeing the disease.

“This is what we will have to live with: a new nasty disease that will continue to cause problems. I think we can use influenza as an example here. We have vaccines for influenza and yet we still have perhaps an average of 20,000 deaths a year in the UK.”

Scientists are now pressing for the introduction of booster vaccines for people over 50 and for 16- and 17-year-olds to be considered for vaccination.

According to the report, previous lockdowns in the UK may have weakened the British population’s immunity to other respiratory illnesses such as flu.