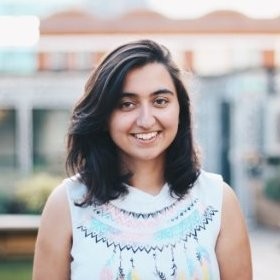 CODER Anisah Osman Britton has made it to Forbes magazine’s 30 Under 30 Europe list for 2019.

Britton is the founder of 23 Code Street, a new coding school for women based in London. She started 23 Code Street out of frustration at the lack of women with technical skills and understanding, and the effect this was having on products and services.

“Apple released a health app that had no period checker a few years ago, that for me was a big catalyst into why we needed more women in the industry,” she told the BBC.

For every paying student in the UK, 23 Code Street also teaches digital skills to women in the slums of Mumbai. In this fast-changing world, people who are left behind tend to be the most disenfranchised, and “in India right now, that’s women from the most disadvantaged communities,” said Britton.

Having technical skills is relevant in every industry and Britton wants more girls and women to take up a career in STEM.

The magazine describes the 30 named in the list as “young disruptors” who are “bringing new ideas to the old world.”

All those named have positive opinions about Europe following Brexit and 92 per cent are “optimistic” about the future of start-ups on the continent.