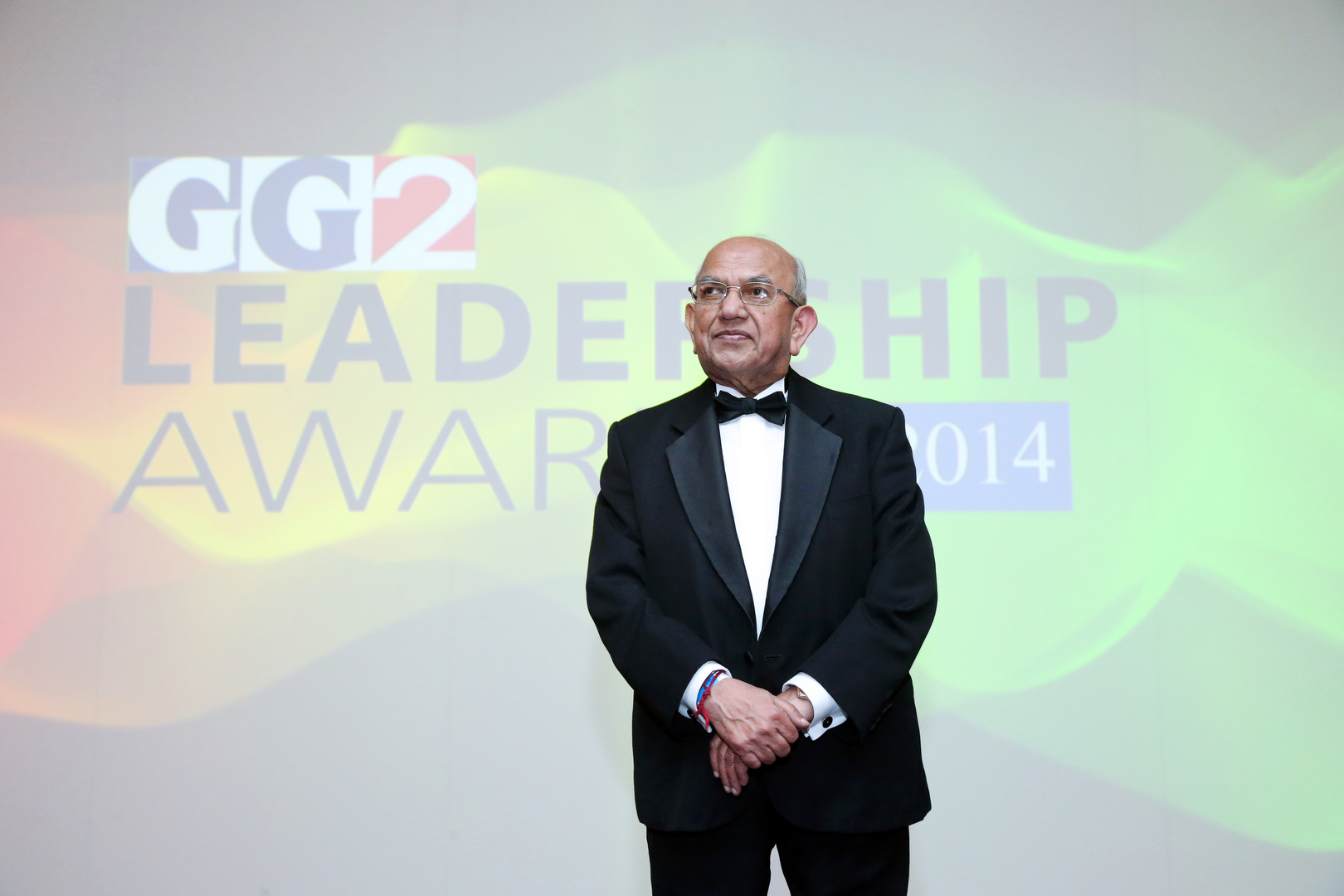 RAMNIKLAL SOLANKI, a giant of Gujarati journalism and pioneer of British Asian media, passed away this morning , after a brief illness. He was 88.

Mr Solanki was in Ahmedabad, Gujarat, when he suffered a stroke last week. He was admitted to hospital and passed away peacefully on Sunday surrounded by his family.

Mr Solanki was the founder and editor-in-chief of Garavi Gujarat newsweekly and Asian Media Group (AMG), which is today Britain’s biggest and most successful Asian media businesses.

Mr Solanki’s contribution was recognised by the Queen who honoured him first with an OBE in 1997, and later, a CBE in 2007.

Mr Solanki’s long and distinguished career in journalism began more than six decades ago when he wrote for local papers in Gujarat and as the London correspondent of Janmabhoomi Group of newspapers headquartered in Mumbai.

But it was his arrival in England in 1964 that set him on the path to building what would become one of country’s most reputable ethnic media publishing houses.

Mr Solanki was urged by the then Indian High Commissioner, Dr Jivraj Mehta, to start a Gujarati newspaper to serve the growing Indian community in Britain. His ambition was to unite and integrate the community and to keep India’s rich cultural heritage and the Gujarati language alive for future generations.

With no financial capital and lacking the technological means to publish such a newspaper, Mr Solanki and his wife Parvatiben launched Garavi Gujarat as a cyclo-styled, black and white newssheet from a small terraced house in Wembley, north London, on April 1, 1968.

The paper rapidly gained a loyal following, soon becoming the biggest-selling Gujarati newspaper outside of India and a focal point for the community.

For more than 50 years, Mr Solanki’s tenacity as a news journalist and his thought-provoking columns won him and the paper many plaudits, and the paper gained a reputation for its fearless, campaigning journalism.

The arrival of Asian immigrants from east Africa a few years later led Mr Solanki to publish stories of families who faced hostility as they adjusted to a new life in Britain. Many of the migrants suffered hardship and Garavi Gujarat highlighted their struggles, with Mr Solanki visiting refugee camps around the country, hearing first hand accounts of those affected by the political upheaval in Uganda.

In 1972, Garavi Gujarat turned from a fortnightly into a weekly. In subsequent years, Mr Solanki interviewed every British prime minister, from Harold Wilson to Tony Blair.

Today Garavi Gujarat is published in the UK and US, and has become the biggest selling Gujarati newspapers outside India.

One of the highlights of Mr Solanki’s career was helping to solve the murder of an Asian woman, Rokaya Bibi, in the 1970s. He became personally involved in helping the police solve this case. In the words of detective superintendent John Swain, who was in charge at the time: ‘One journalist, Ramniklal Solanki did much to publicise this murder in Gujarati newspapers. He kept in close touch with my office, and it was largely as the result of his enthusiasm in this case that it was ultimately solved.’

Mr Solanki was also commended by Scotland Yard for his efforts.

AMG also publishes Asian Trader and Pharmacy Business, aimed at independent news agents and pharmacists, respectively, in the UK. Its US publications include Asian Hospitality, whose readers are hotel and motel owners and Priya magazine, which features Asian businesswomen.

Its most recent acquisition was the purchase of Eastern Eye newsweekly and the Asian Rich List in 2009.

Each ceremony is attended by Secretaries of State, Cabinet ministers and the events attract more than 800 guests. In 2014, then prime minister David Cameron was the chief guest at the GG2 Leadership Awards.

Mr Solanki is survived by his wife Parvatiben, sons Kalpesh and Shailesh, daughter Sadhana and 11 grandchildren.

The funeral will be held tomorrow (2).