Rohit not yet ruled out of England Test: head coach Rahul Dravid 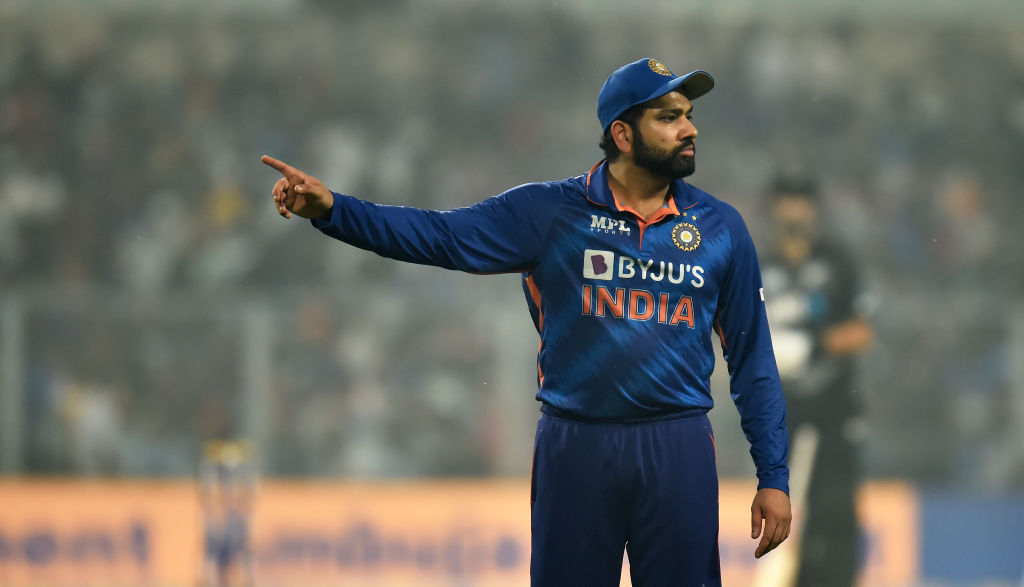 Ahead of the upcoming fifth Test against England beginning July 1, India head coach Rahul Dravid has said that skipper Rohit Sharma is yet not been ruled out.

Rohit Sharma tested COVID-19 positive following a Rapid Antigen Test (RAT) conducted on Saturday. Since then there has been speculation about him being ruled out of the match as he is under quarantine. “The update on Rohit is that he’s being monitored by our medical team – he’s not yet been ruled out. He needs to get the negative test to be available. We’ll keep monitoring that. We’ve still got close to 36 hours to go, so he’ll have a test later tonight and one tomorrow morning as well. And then we’ll see,” Rahul Dravid said in a press conference.

“Obviously, he’ll have to come out of that. It’s really up to the medical team to decide on that. We’ve not had a chance to see him as he’s in isolation, but we’ll keep monitoring that situation,” he added.

When asked whether Jasprit Bumrah was in line to take up the captaincy role should Rohit be unavailable, Dravid refused to comment.

All eyes will be on former captain Virat Kohli. The 33-year-old has been in something of a rut, failing to score a century in international cricket since 2019, but Dravid suggested Kohli was the victim of his own lofty standards.

“He’s an incredibly fit guy, one of the most hard-working I’ve ever come across – his desire, his hunger, his attitude to looking after himself, his preparation. Even the way he played the game against Leicester, in the kind of conditions out there, scoring the 50-60 he did. He’s ticking all the right boxes, he’s doing what he needs to do to come out of it,” said the head coach.

“As players, you go through these sort of phases. I don’t think in Virat’s case it’s any lack of motivation. It’s not so much about focussing on those three figures. Even a 70 on a difficult wicket in Cape Town, I thought it was a very good inning, even if it didn’t convert into a three-figure score,” he added.

India and England will be squaring off for the one-off Test at Edgbaston Cricket Ground in Birmingham on July 1.

The rescheduled match is a part of last year’s five-match Test series that had to be delayed after the fourth Test due to a COVID-19 outbreak in the Indian camp.