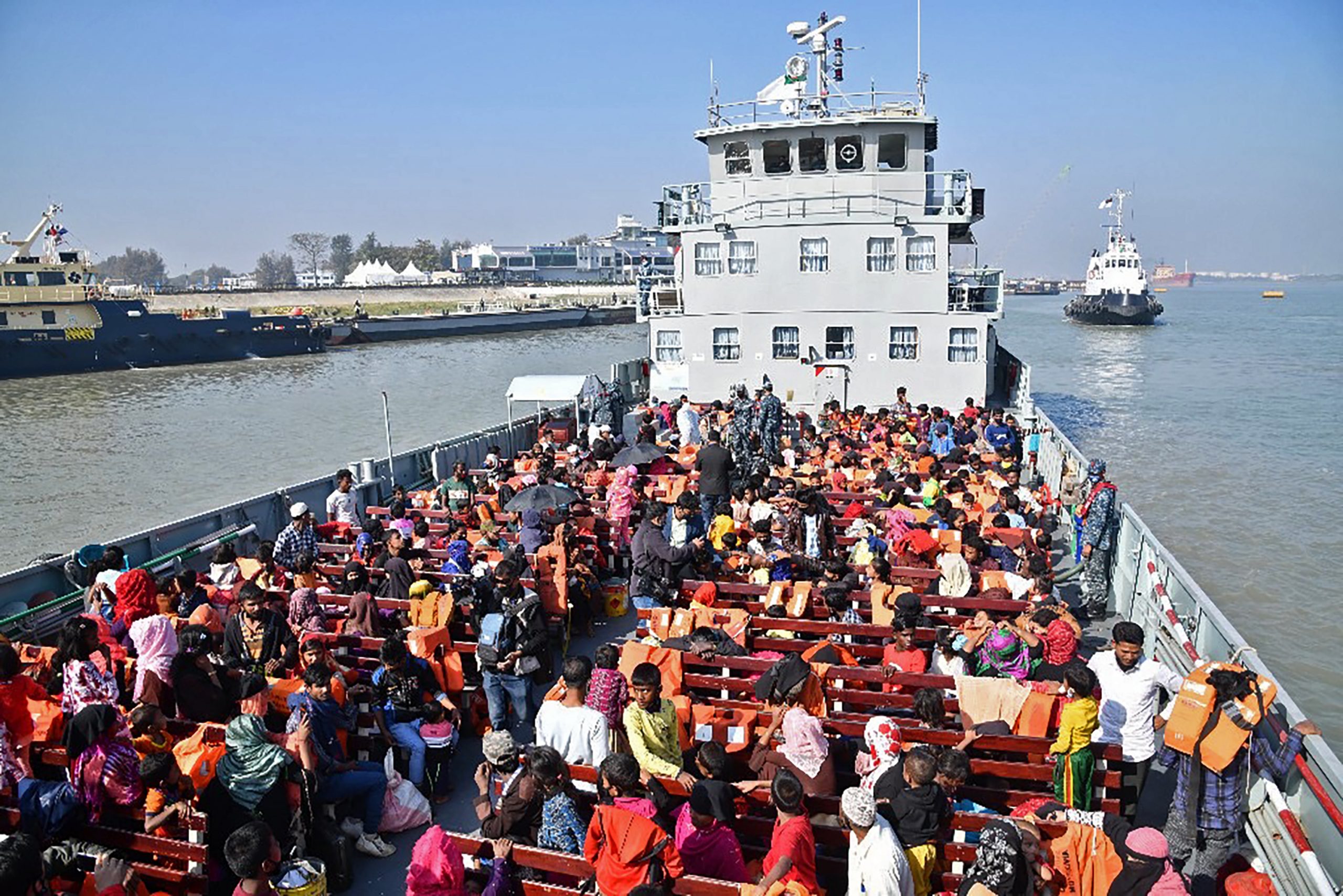 TOPSHOT – Rohingya refugees are seen on a Bangladesh’s Navy ship as they are being relocated to Bhashan Char Island in the Bay of Bengal, in Chittagong on January 29, 2021. (Photo by – / AFP) (Photo by -/AFP via Getty Images)

ROHINGYA refugees in Bangladesh suffered baton injuries as they protested against not being allowed to speak to UNHCR delegates, who visited the country on Monday (31).

“The authorities only allowed a few refugees to meet the delegates, who say nothing critical against Bangladesh.,” said, one of the refugees Ali, who declined to give his last name for fear of reprisals from authorities.

He said hundreds of refugees protested and were baton-charged by the police.

“We wanted to speak to the UN officials to tell them about the real situation here,” he added. “We don’t have work … how will we earn? And there is also no proper healthcare here.”

Bangladesh’s foreign ministry said a large number of Rohingya gathered and launched a demonstration during the UNHCR visit.

“At one point, the crowd got agitated and in the process, some of the Rohingya reportedly got minor injuries,” it said in a statement. It said the crowd had “free and frank interactions” with the UN officials.

Bangladesh wants to transfer 100,000 of the more than a million refugees who fled violence and persecution in Myanmar, to a Bhasan Char island.

Despite criticism from rights groups, it has already moved some 18,000 Rohingya to the island.

Since then, some of those refugees are angry at the living conditions on a remote Bangladeshi island.

The UNHCR delegates were on a four-day visit to Bangladesh from May 31 to June 2. A two-member delegation from the UN refugee agency (UNHCR) was joined by Bangladesh foreign ministry officials on Monday on the visit to Bhasan Char.

The UNHCR said it “had the opportunity to talk to a large group of refugees, predominantly young men”, adding they had raised concerns about a lack of access to jobs and education. It said in a statement it was “deeply concerned” to learn of the injuries.