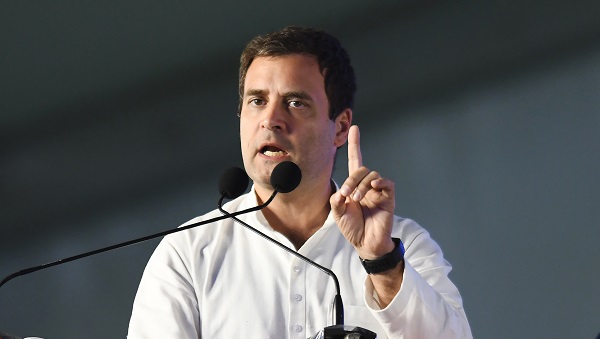 With the country reporting over 50,000 COVID-19 cases for the fifth day in a row, Congress leader Rahul Gandhi took a swipe on Monday at prime minister Narendra Modi, who had said “the right decisions at the right time means India is better off”.

Gandhi put up a graph on his Twitter account showing India at the top of the chart of 10 countries with the highest number of coronavirus cases in the last 24 hours.

India reported 52,972 COVID-19 cases on Monday, as the tally of such cases crossed the 1.8 million mark in the country.

“The right decisions at the right time means India is better off than other countries. PM,” Gandhi wrote on Twitter.

The number of patients who have recovered from the disease also surged to over 1.186 million in the country, according to the Union health ministry.

Gandhi has been attacking the prime minister and the government over the manner in which the pandemic has been handled. He has also said the nationwide lockdown has “failed” to give the desired results.

The Congress said the government should take stock of the situation and not be in denial.

“The government really needs to take stock of the situation rather than repeatedly saying we’re doing better than other countries. Government’s denial is constantly putting millions of lives in danger,” the opposition party said on its Twitter handle.

Congress’s chief spokesperson Randeep Surjewala asked whether the Modi government has left the country to be “self-reliant”.

Sports
Tendulkar thanks Modi for citing his example to students