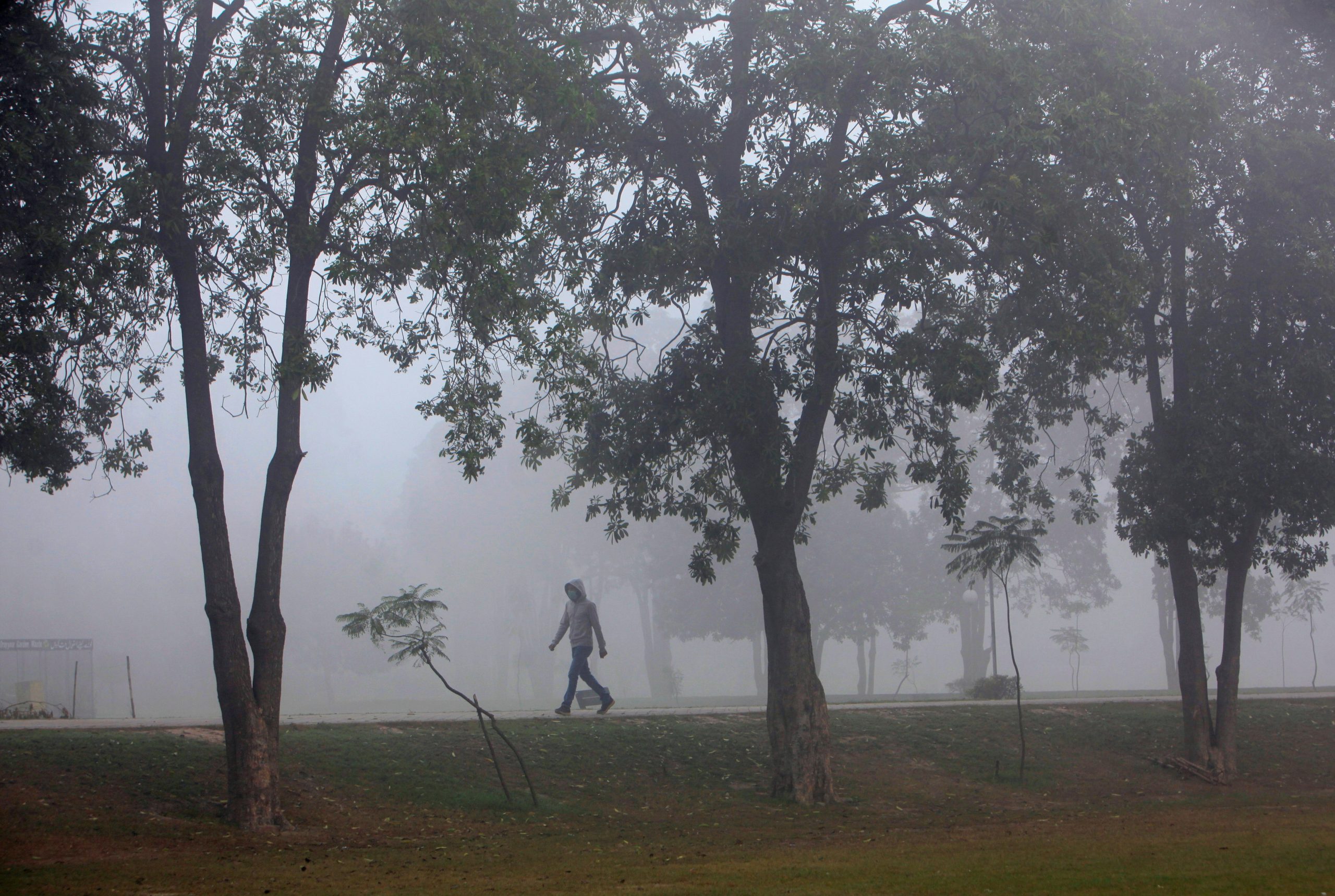 A man wearing a mask on his face walks amid smog at a public park in Lahore, Pakistan, on November 6, 2017. REUTERS/Mohsin Raza/File Photo

Khan made the remarks as he inaugurated what officials say is the largest urban Miyawaki forest project in the world. Based on a technique pioneered by the late Japanese botanist Akira Miyawaki, the forest covers 12.5 acres and has more than 165,000 plants. Officials say the trees are expected to grow 10 times faster than normal due to the Miyawaki technique of planting them close together.

The forest is one of 53 such sites in Lahore that are expected to work as carbon sinks. The city of 10 million people has grappled with smog in recent years that has forced schools to close and earned it a ranking among the world’s most polluted cities.

“Humans have done such a disservice to God’s blessings, to this world, that many things – rising sea levels for instance because of warming and emissions – cannot come back to how they were before,” Khan said in Lahore. “All of us living in the world today, if we do all we can, maybe we can save the world from even worse harm to come.”

The UN’s Intergovernmental Panel on Climate Change said on Monday (9) that human influence has warmed the atmosphere, ocean and land. Even the starkest measures to reduce emissions, it said, would not prevent a global warming of 1.5 degrees Celsius, and the extreme weather and rising sea levels resulting from that change.

Since the tree planting drive started in 2018, the country has one billion more trees and is planting another 500 million during the monsoon season.

“If you are concerned about your children and their future, the least you can do is plant one tree and take care of it,” Khan said.