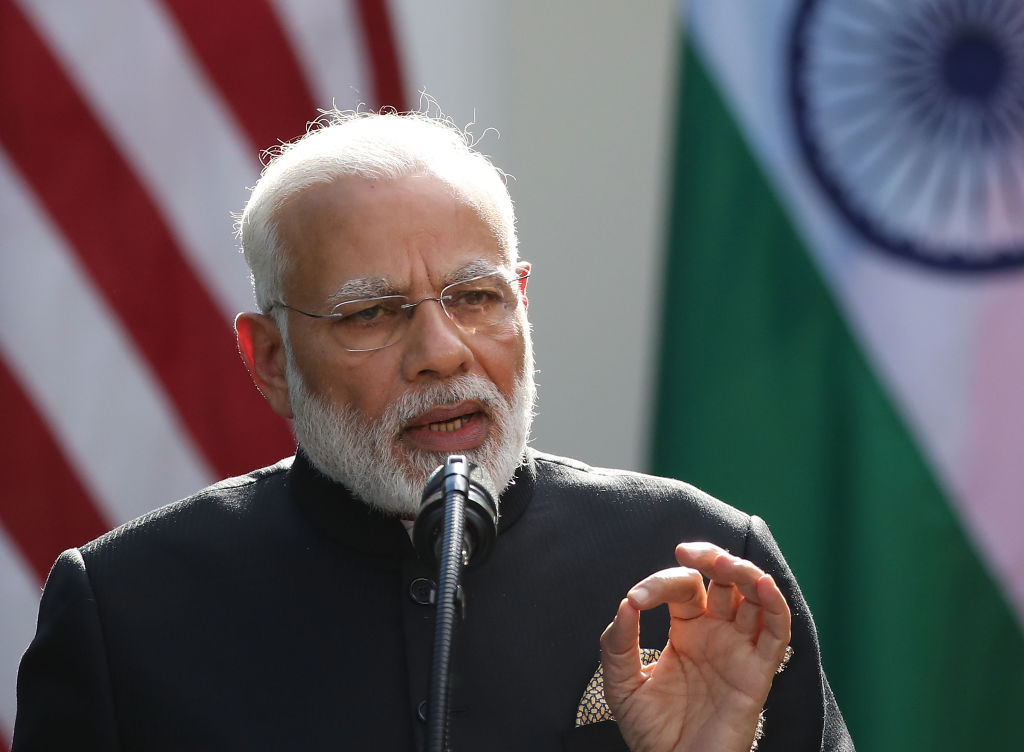 Four-nation grouping ‘I2U2’ has established a positive agenda and its framework is a good model for practical cooperation in the face of increasing global uncertainties, Prime Minister Narendra Modi said on Thursday at the first virtual summit of the coalition

“I2U2 has set a positive agenda right from today’s first summit. We have identified Joint Projects in many areas, and have also prepared a roadmap to move forward in them,” Modi said

The prime minister said it has been agreed to increase joint investment in six key areas of water, energy, transport, space, health and food security under the framework of the I2U2

“It is clear that the vision and agenda of “I2U2″ is progressive and practical. By mobilizing the mutual strengths of our countries – Capital, Expertise and Markets – we can accelerate our agenda, and contribute significantly to the global economy,” he said

“Our cooperative framework is also a good model for practical cooperation in the face of increasing global uncertainties,” he said

“I am confident that with “I2U2″, we will make significant contributions to energy security, food security and economic growth on a global scale,” Modi said

Later, the leaders of the grouping announced an investment of USD 2 billion to develop a series of integrated food parks across India and a plan to set up a 300-megawatt hybrid renewable energy project in Gujarat

“India will provide appropriate land for the project and will facilitate farmers’ integration into the food parks,” they said in a joint statement

“The US and Israeli private sectors will be invited to lend their expertise and offer innovative solutions that contribute to the overall sustainability of the project. These investments will help maximize crop yields and, in turn, help tackle food insecurity in South Asia and the Middle East,” it said

In his remarks, President Biden said the UAE’s investment to develop integrated agricultural parks across India with the support of the American and Israeli private sector experts has the potential to sustainably increase India’s food yields by “threefold in just five years”

“The first two projects that we’re tackling together on food security and clean energy are designed to take on two of the most urgent crises affecting people around the globe,” he said

He further added: “India is a major, major food producer in the world.? Think of the beneficial impacts this (food parks project) will have on India’s farmers and the people suffering from hunger and malnutrition in the region.” PTI MPB