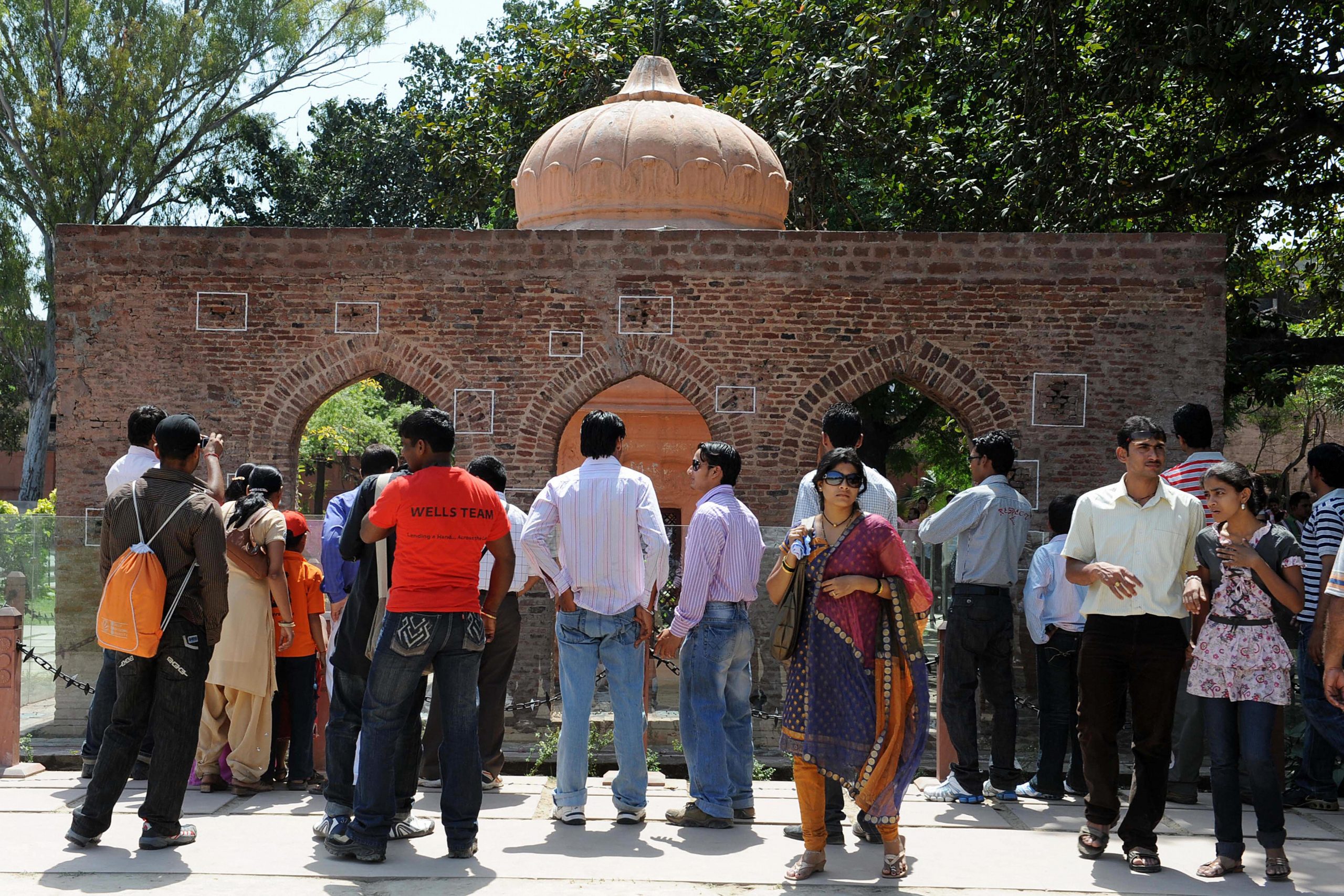 File photo of visitors looking at the bullet-ridden wall at the historical Jallianwala Bagh in Amritsar. (NARINDER NANU/AFP via Getty Images)

A BRITISH Sikh MP is among those who have criticised the revamp of the Jallianwala Bagh memorial in India.

The Jallianwala Bagh massacre, as it is known in India, saw British troops fire on thousands of unarmed men, women and children in the northern city of Amritsar on the afternoon of April 13, 1919. The number of casualties from the event, which galvanised support for India’s independence, is unclear.

Colonial-era records put the death toll at 379, but Indian figures put the number closer to 1,000.

As part of the facelift, museum galleries have been opened, along with a daily sound and light show to display the events of April 13, 1919.

The walls of a narrow lane through which British soldiers were led by Brigadier General RH Dyer into the park now feature murals and sculptures.

The martyrs’ well, in which it is believed people jumped to escape the bullets, has been covered with a transparent barrier.

Modi said the renovated Jallianwala Bagh “will remind the new generation about the history of this holy place and will inspire to learn a lot about its past”.

However, historian Kim Wagner said on social media that the revamp was a “part of the general Disneyfication of the old city of Amritsar” and added that it “means that the last traces of the event have effectively been erased”.

Our history- being erased! Why?

Chaman Lal, a historian and professor at India’s Jawaharlal Nehru University, said the project had tried to “mystify and glamourise history”.

Eminent historian S Irfan Habib called the project a “corporatisation of monuments,” that has been done “at the cost of history, cost of heritage”.

“It is absolutely gaudy…Why should there be murals on the wall?” he said.

Leaders from India’s main opposition party also criticised the move, with Congress leader Rahul Gandhi saying his party was against “this indecent cruelty”.

“Such an insult to the martyrs of Jallianwala Bagh can only be done by those who do not know the meaning of martyrdom,” Gandhi tweeted.

“I am the son of a martyr – I will not tolerate the insult of martyrs at any cost.”

His father and former Indian prime minister Rajiv Gandhi was assassinated in May 1991.

However, Shwait Malik, an Indian MP belonging to the ruling Bharatiya Janata Party (BJP) and a member of the Jallianwala Bagh Trust, defended the renovation.

“These sculptures in the lane will make visitors conscious of those who walked in on that day… Earlier, people walked this narrow lane without knowing its history, now they will walk with history,” he said.

More than a 100 years after that massacre, Britain made no official apology.

In a visit in 2013 then British prime minister David Cameron described what happened as “deeply shameful” but stopped short of an apology.