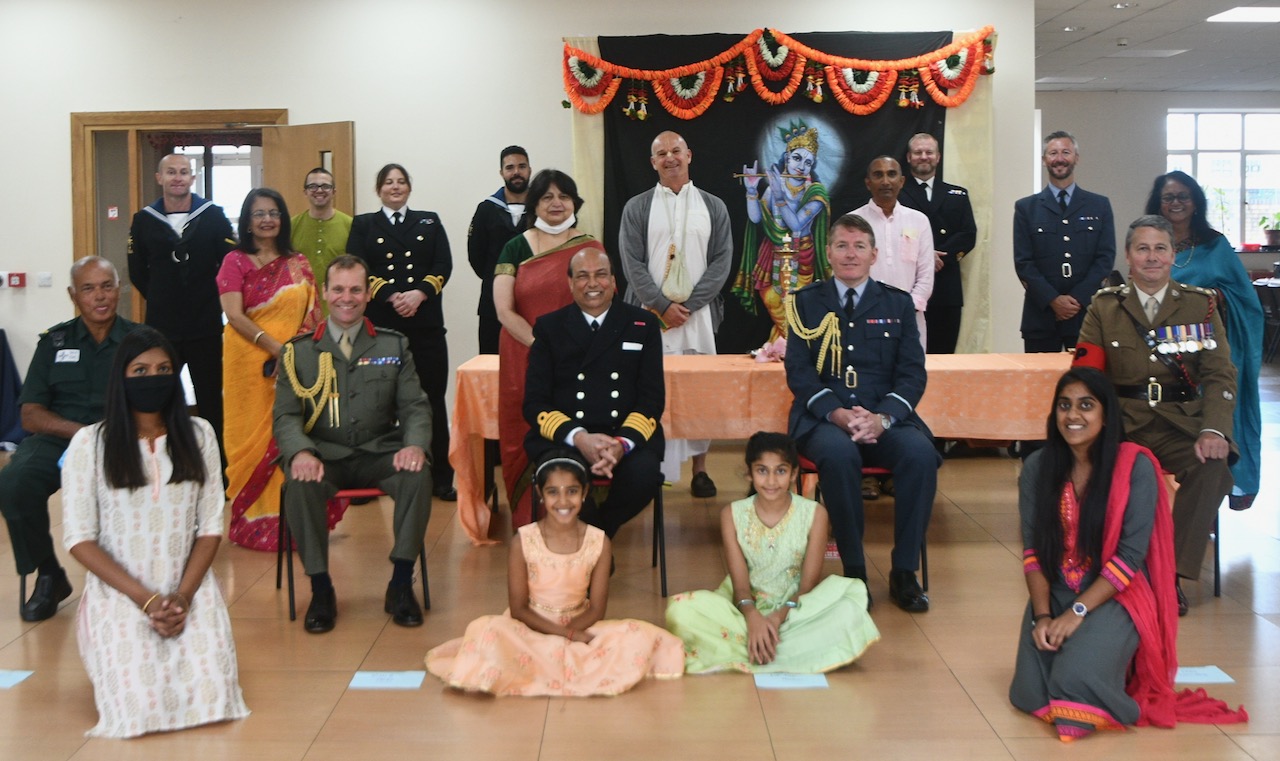 Honorary Indian consul Raj Aggarwal (seated, centre) with dignitaries from the Armed Forces and community members at the Raksha Bandhan event organised by the Hindu Council of Wales on August 2, 2020.

TOP officers from the UK’s Armed Forces joined the Hindu Council of Wales to mark the Raksha Bandhan festival on Sunday (2), in the first religious event of its kind in the country since the lockdown was imposed in March.

The annual ceremony involves girls and women tying a protective talisman, or amulet called the rakhi, around the wrists of those considered as their brothers, symbolising care and protection.

As a sign of support and gratitude, the Hindu Council usually celebrates the event by honouring defence personnel, emergency services workers and community leaders.

Led by honorary consul of India Raj Aggarwal OBE, the event was held in accordance with Covid-19 guidance at the Sanatan Mandir Community Centre in Cardiff, and saw the men tying the rakhis on their own wrists.

Aggarwal, who is also an honorary captain of the Royal Navy, said the get-together was “a special moment” as it had been “so long that we’ve not been allowed to have any events or celebrations”.

“It is dedicated to friendship, mutual support, and protection for each other,” he said. “The event has been a superb opportunity to reaffirm the strong bonds of brotherhood and emphasises the core values of courage, discipline, care and affection.”

He also conveyed “a massive thank you” to community leaders and volunteers who had been assisting the elderly, vulnerable and needy people during the coronavirus crisis.

Karsan Vaghani, vice chair of the Hindu Council of Wales, said: “We are most grateful to the Armed Forces, emergency services and community leaders for sparing their valuable time to be with us today to celebrate Raksha Bandhan during these challenging times.”

He also expressed a “special thanks” to Aggarwal for being “always there” as an “ambassador and mentor”.