Hate and unrest not our way: Rahul Gandhi on Prophet remark row

“Bapu’s ideals are the foundation of independent India,” he tweeted 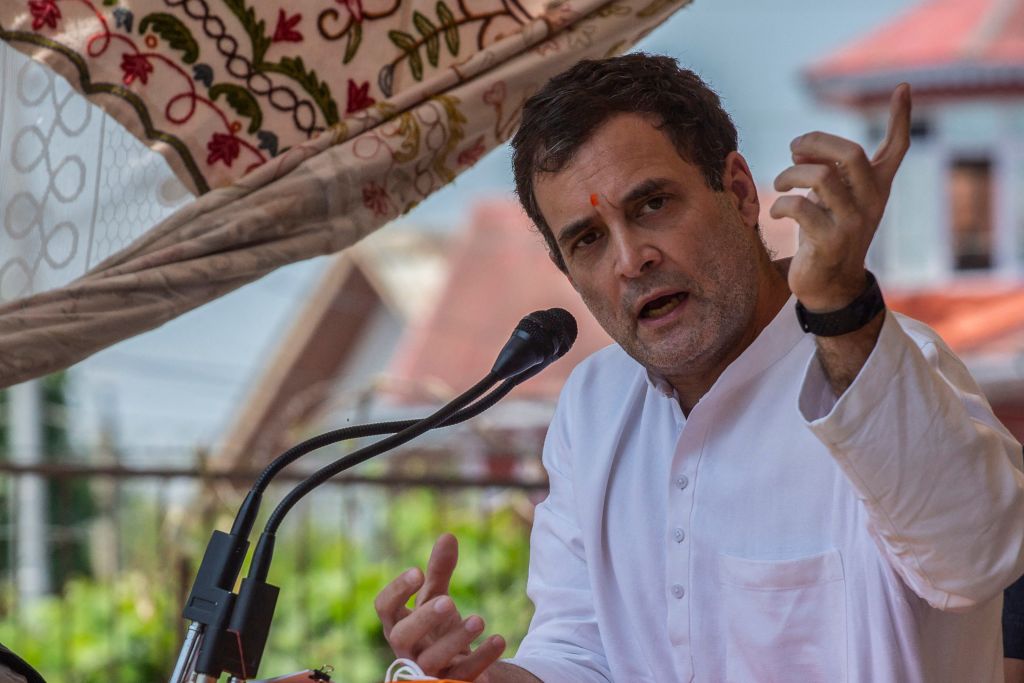 FILE PHOTO: India’s Congress party leader Rahul Gandhi gestures while he addresses the party members and workers in Srinagar, on 10 August 2021 during his visit. (Photo by ABID BHAT/AFP via Getty Images)
Follow Us

INDIA has always set an example of truth, non-violence and brotherhood before the world and hate and unrest “is not our way”, former Congress chief Rahul Gandhi said amid reports of violence during protests at various places against controversial remarks on Prophet Mohammad.

Protests erupted in several parts of the country on Friday (10) against the controversial remarks on the Prophet by two now-suspended BJP functionaries, leaving a few policemen injured in stone pelting and forcing security forces to resort to lathicharge, tear-gas shelling and firing in the air at some places.

“Bapu’s ideals are the foundation of independent India. Our country has always set an example of truth, non-violence and brotherhood before the world. Hate and unrest is not our way,” Gandhi said in a tweet in Hindi.

“It is the responsibility of all the people of the country to unite India and maintain mutual goodwill,” the former Congress chief added.