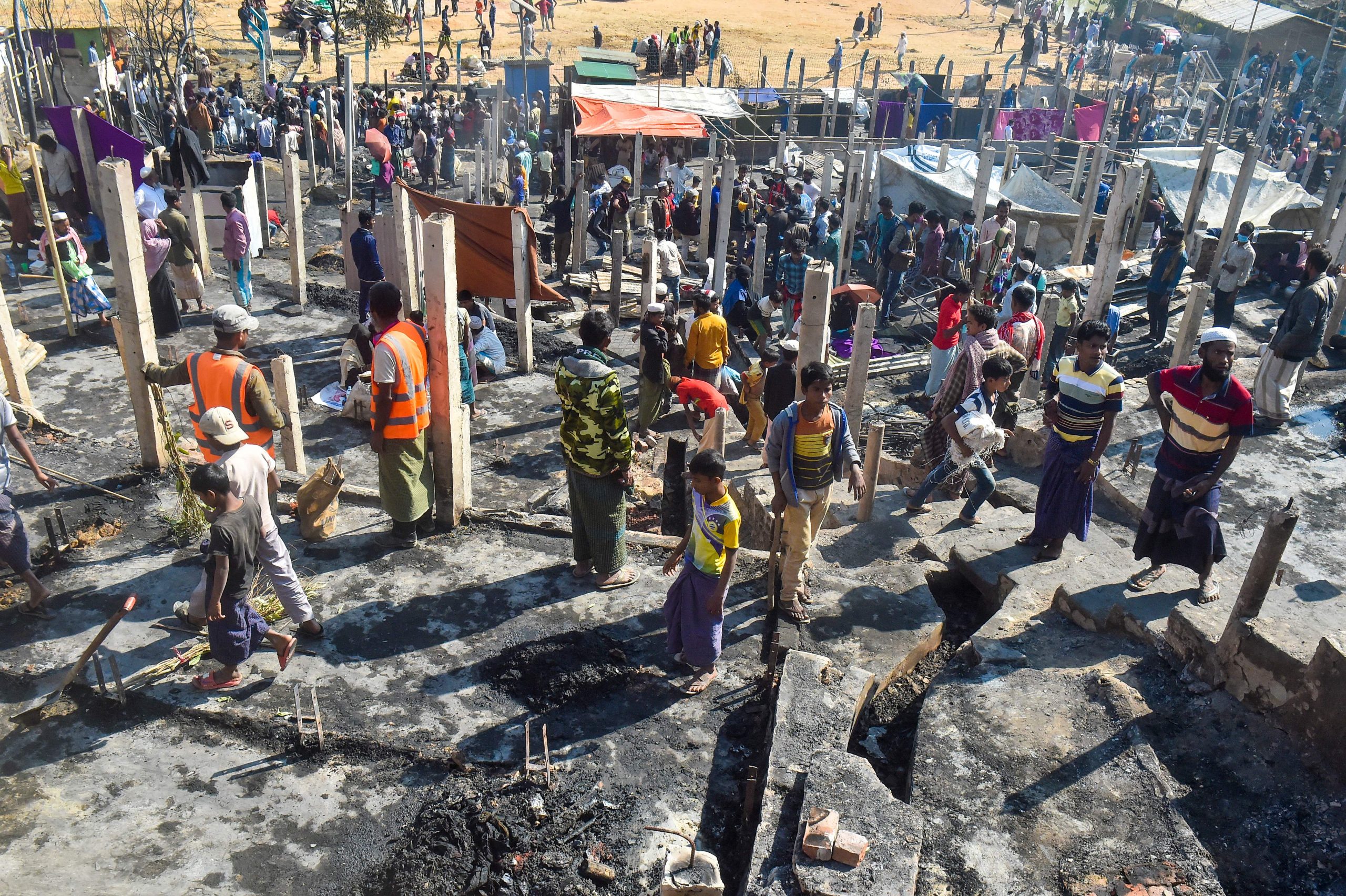 People gather on the ground of brunt-out houses a day after a fire gutted parts of a Rohingya refugee camp in Ukhia on January 10, 2022. (Photo by Tanbir MIRAJ / AFP)

Thousands of people were left homeless after a fire gutted parts of a Rohingya refugee camp in Bangladesh, police said on Sunday.

About 850,000 of the persecuted Muslim minority — many of whom escaped a 2017 military crackdown in Myanmar that UN investigators concluded was executed with “genocidal intent” — live in a network of camps in Bangladesh’s border district of Cox’s Bazar.

“About 1,200 houses were burnt in the fire,” said Kamran Hossain, a spokesman for the Armed Police Battalion, which heads security in the camp.

The fire started at Camp 16 and raced through shelters made of bamboo and tarpaulin, leaving more than 5,000 people homeless, he said.

Abdur Rashid, 22, said the fire was so big that he ran for safety as his house and furniture were engulfed by the blaze.

“Everything in my house was burnt. My baby and wife were out. There were a lot of things in the house,” he said.

In March last year, 15 people died and about 50,000 were left homeless in Bangladesh after a huge fire destroyed Rohingya homes in the world’s biggest refugee settlement.

Mohammad Yasin, 29, bemoaned the lack of fire safety equipment in the camps.

“Fire occurs here frequently. There was no way we could put out the fire. There was no water. My home is burnt. Many documents, which I brought from Myanmar, are also burnt. And it is cold here,” he said.

Bangladesh has been praised for taking in refugees who poured across the border from Myanmar, but has had little success finding them permanent homes.