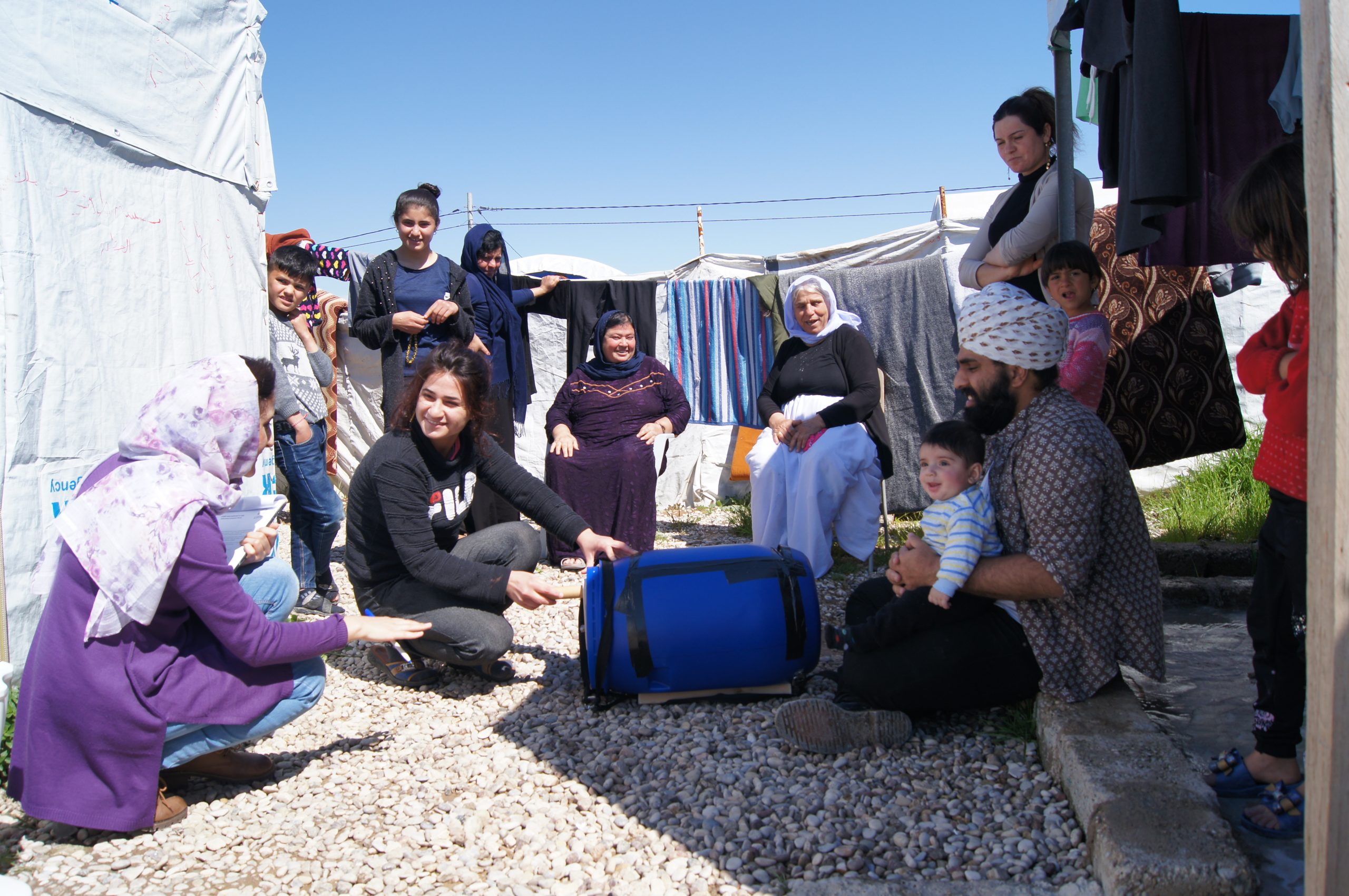 AN ENGINEER’S initiative to help his Indian friend with her tedious chore of handwashing clothes has now transformed into a mission to change the lives of millions of such women in developing countries.

London-based Navjot Sawhney set up Washing Machine Project in 2018 when he came up with the idea of a hand-cranked machine, which is both low in cost and does not require electricity and aims to ease the lives of lesser privileged women in developing countries where both money and electricity are scarce.

Sawhney’s unique machine is “robust, simple to use and easily repairable”. It has been tested in countries around the world, including refugee camps in Iraq, and is getting a “phenomenal” response.

The engineer is now set to supply his innovative, low-cost and off-grid washing machines to India, Iraq, Lebanon and Kenya.

Sawhney told Eastern Eye he previously left a successful career at a leading appliance-making company in London because he got fed up with making “£500-£600 products for rich people who already have everything they need”’.

After working for more than three years, he took a sabbatical and travelled to India to work on making “clean and efficient cookstoves”.

During his stay in a remote place in Tamil Nadu, he realised how handwashing clothes can be a time consuming and tedious chore for women, and that it also becomes an obstacle to both their wellbeing and livelihood.

“My neighbour Divya, a young mother of two, was a well-qualified woman who wanted to work, but didn’t have time as she used to spend hours doing back-breaking work scrubbing each piece of cloth,” Sawhney said.

“Observing her every day really inspired me to come up with a low-cost product for women like her.

“That’s how I came up with this idea of washing machines that save time, water, electricity and effort for people like Divya around the world,” Sawhney told Eastern Eye.

Named Divya after Sawhney’s friend, the off-grid machine can be used for washing as well as spin-drying.

“Being born and brought up in London, I took everyday problems for granted,” Sawhney said.

“Unfortunately, 70 per cent of the world’s population don’t have access to electric washing machines. Handwashing clothes using cold water causes back pain and joint pain and sadly, this burden is disproportionately placed on women,” he said.

An aerospace engineer by profession, Sawhney revealed he was raised by his mother after he lost his father when he was just seven.

“I knew from a very young age the importance of women and women empowerment.

“I was always very sympathetic with displaced people because my father and my grandparents had to flee during the India-Pakistan Partition. All this really shaped me as a young person growing up in London,” Sawhney said.

“Selfless service and helping the community have been ingrained in me from a very young age.”

He aims to provide at least 7,500 machines to disadvantaged families and communities in the next few months.

“Over the last two and a half years, we’ve partnered with the United Nations and Oxfam and lately, with Electrocomponents,” he said.

Sawhney hopes to take Washing Machine Project to villages and towns across India and other developing countries by collaborating with more organisations.

“We want to become an industry-leading humanitarian-based design company by making off-the-grid air conditioning, refrigeration and afterwards, lighting- the kinds of innovations that will completely transform people’s lives,” he said.