Does Buckingham Palace have a whiteness problem? 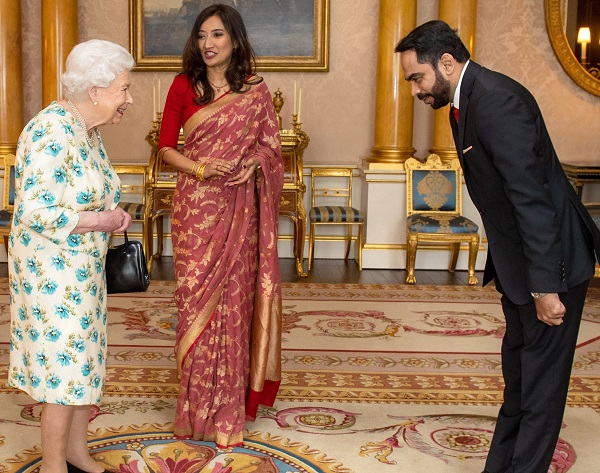 BACK in the late 1960s, when then home secretary and later prime minister James Callaghan was planning to bring in legislation to outlaw discrimi­nation on the grounds of race or sex, Buckingham Palace took the view that “coloured” people were good enough to be employed only as servants.

Even clerical jobs were closed to them, let alone senior posts. Under pressure from palace courtiers, the Labour government conceded defeat and agreed that race and sex laws should not apply to the royal family.

One especially revealing document from Febru­ary 1968 summarised the result of discussions be­tween TG Weiler, a Home Office civil servant, and Lord Tryon, the Keeper of the Privy Purse, who was responsible for managing the Queen’s finances, and other palace courtiers.

In precisely drafted minutes, Weiler noted: “They suggested that the staff of the Household could be regarded as falling into three categories: (a) senior posts, which were not filled by advertising or by any overt system of appointment and which would pre­sumably be accepted as outside the scope of the Bill: (b) clerical and other office posts, to which it was not, in fact, the practice to appoint coloured immigrants or foreigners; and (c) ordinary domestic posts for which coloured applicants were freely considered but which would in any event be covered by the pro­posed general exemption for domestic employment.”

Weiler added: “They were particularly concerned, however, that if the proposed legislation applied to The Queen’s Household it would for the first time make it legally possible to criticise the Household. Many people do so already, but this has to be accepted and is a different footing from a statutory provision.”

The Guardian newspaper came across these doc­uments while trawling through material at the National Archives at Kew on the Royal Family’s dealings with the ethnic minori­ties. A spokeswoman for the National Ar­chives made it clear to Eastern Eye that it had not made any announcement about these documents, which had been availa­ble for public inspection for many years. It was just that The Guardian had stumbled across them.

The paper explains the political back­ground to the negotiations between the government and Buckingham Palace. What is not known is whether the Queen was personally consulted on the race legisla­tion. On the Commonwealth, she has al­ways had progressive views and once was even at odds with her prime minister, Mar­garet Thatcher, who opposed imposing sanctions against apartheid South Africa.

As heir to the throne, Prince Charles has been even more in advance of his times. He has wanted to be defender of faiths rather than defender of faith, has always spoken up for Islam and built up a close relationship with the British Asian community for whom he has established a charitable trust.

According to The Guardian, “the newly discov­ered documents reveal how the Queen’s consent procedure was used to secretly influence the forma­tion of the draft race relations legislation.

“In 1968, the then home secretary, James Calla­ghan, and civil servants at the Home Office appear to have believed that they should not request Queen’s consent for parliament to debate the race relations bill until her advisers were satisfied it could not be enforced against her in the courts. At the time, Callaghan wanted to expand the UK’s racial discrimination laws, which only prohibited discrim­ination in public places, so that they also prevented racism in employment or services such as housing.

“A key proposal of the bill was the Race Relations Board, which would act as an ombudsman for dis­crimination complaints and could bring court pro­ceedings against individuals or companies that maintained racist practices.”

The paper adds: “By March, Buckingham Palace was satisfied with the proposed law. A Home Office official noted that the courtiers ‘agreed that the way was now open for the secretary of state to seek the Queen’s consent to place her interest at the disposal of parliament for the purpose of the bill’.

“The phrasing of the documents is highly signifi­cant, because it suggests that Callaghan and the Home Office officials believed it might not be possi­ble to obtain the Queen’s consent for parliament to debate the racial equality law unless the monarch was assured of her exemption.”

The paper adds: “As a result of this exemption, the Race Relations Board that was given the task of in­vestigating racial discrimination would send any complaints from the Queen’s staff to the home secre­tary rather than the courts.

“In the 1970s, the government brought in three laws to counter racial and sexual discrimination in the workplace. Complainants in general were em­powered to take their cases directly to the courts.

“But staff in the royal household were specifically prevented from doing so, although the wording of the ban was sufficiently vague that the public might not have realised the monarch’s staff had been ex­empted. A civil servant noted that the exemption in the 1975 Sex Discrimination Act had been ‘accepta­ble to the palace, largely because it did not explicitly single out persons employed by Her Majesty in her personal capacity for special exception’ while still removing them from its scope.”

It adds: “In 1990, the journalist Andrew Morton reported in the Sunday Times that ‘a black face has never graced the executive eche­lons of royal service – the house­hold and officials’ and ‘even among clerical and domestic staff, there is only a handful of recruits from eth­nic minorities.’”

The Guardian believes “the documents are likely to refocus attention on the royal family’s historical and current relationship with race”.

This is a reference to the allegation made by Meghan, Duchess of Sussex, that when she was pregnant with her son Archie, there were “concerns and conversations about how dark his skin might be when he was born”.

When Prince William was asked by a reporter, “Is the royal family a racist family, sir?”, he was emphatic in declaring, “We’re very much not a racist family.”

A Buckingham Palace spokesperson said: “The royal household and the sovereign comply with the provisions of the Equality Act, in principle and in practice. This is reflected in the diversity, inclusion and dignity at work policies, procedures and prac­tices within the royal household. Any complaints that might be raised under the act follow a formal process that provides a means of hearing and reme­dying any complaint.”

However, Priyamvada Gopal, professor of Postco­lonial Studies in the Faculty of English at Cambridge University, is not convinced: “I believe the monarchy to be deeply tied up with white supremacy. Histori­cally, it is deeply tied up with colonialism. It is deeply tied up with wealth extracted from slavery and from colonialism. And I don’t think the monarchy has ex­amined its ties to white supremacy. When you look at the balcony (of Buckingham Palace), and you look at who the monarchy is seen with, by and large, this is a heavily white milieu. And it has not even been able to make accommodation for one member of the family who is not from a white background. And it had ques­tions to ask about a future member of the family who might have a slightly different skin shade. And so the question begs itself, how white are you? Do you have a whiteness problem?”