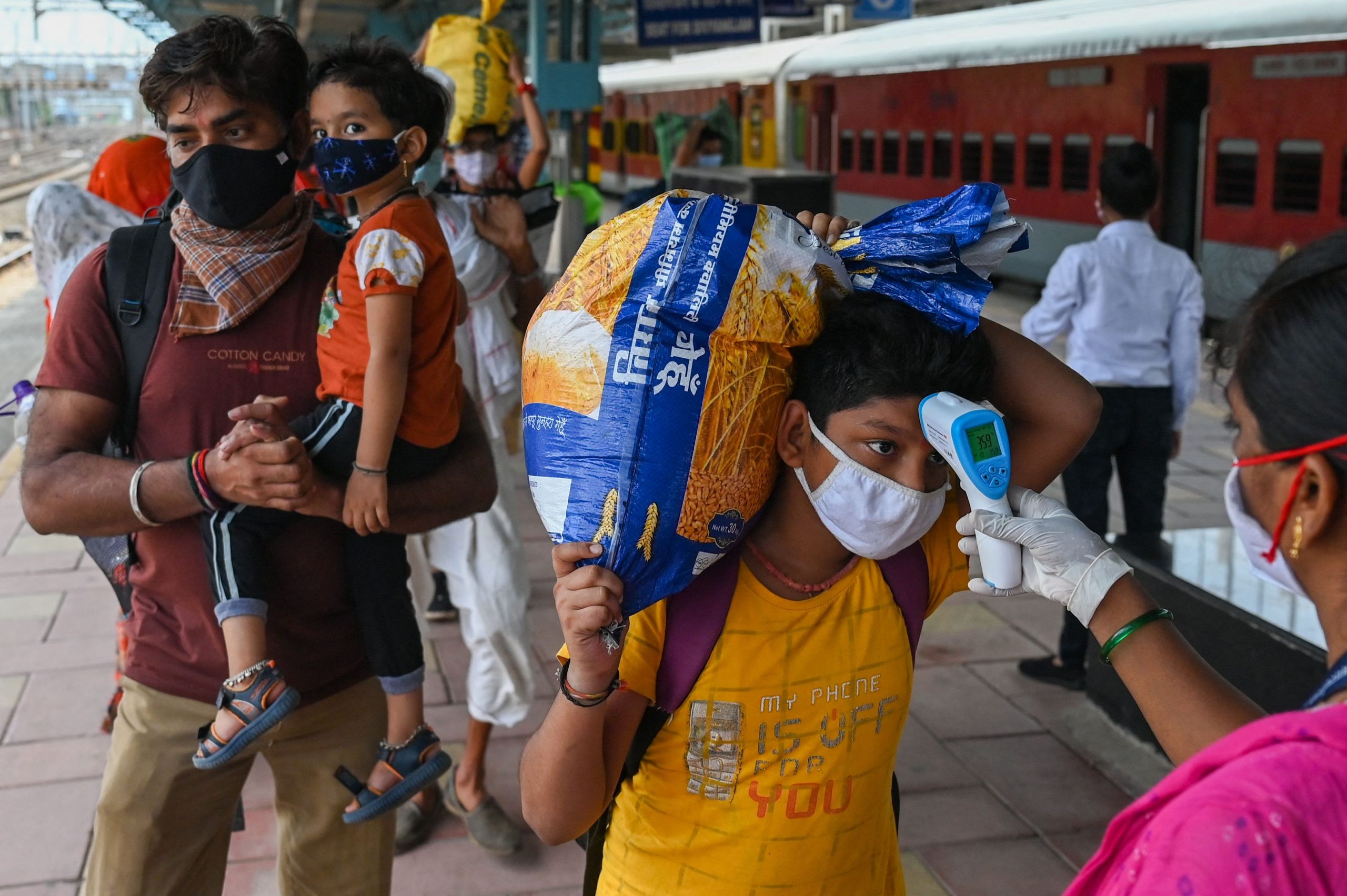 A health worker takes the body temperature of a passenger to check for Covid-19 coronavirus symptoms after arriving at a railway platform on a long distance train, in Mumbai on May 27, 2021. (Photo by Punit PARANJPE / AFP)

Markets and shopping malls in New Delhi will be allowed to reopen from Monday (7) in a further easing of the Covid-19 lockdown, the chief minister said as infections fall in major Indian cities after weeks of restrictions.

Markets and malls will operate on alternate days, with half of them open on any given day.

Offices can also reopen at half capacity but Kejriwal urged people to still try to work from home.

“They have been open for a week but the Covid-19 situation is still under control, and we have less than 500 fresh cases in the last 24 hours,” Kejriwal said.

“It is important to bring the economy back on track now that the Covid-19 situation improving. We pray that the situation remains the same.”

The government of Maharashtra state, which includes India’s economic powerhouse Mumbai, announced a five-level plan to ease restrictions depending on infection rates and hospital bed occupancy.

In level-one areas — with infection rates below five percent and hospital bed occupancy below 25 per cent — all shops, restaurants and malls will be allowed to reopen.

But level-five districts — with infection rates over 20 per cent — will remain under severe movement restrictions.

Daily infections reported across India have dropped to about 120,000 from more than 400,000 in May, according to official statistics.

Deaths have also fallen, with 3,380 reported in the previous 24 hours, although this is widely seen as a major underestimate.

At least 344,082 people in the country have lost their lives to the coronavirus, which is now surging in parts of rural India.

Delhi reported about 400 new infections Saturday, down from about 25,000 daily cases when the lockdown was announced seven weeks earlier.

The devastating surge was blamed on new virus variants and the government having allowed most activity to return to normal including mass religious and political gatherings.

India’s vaccination programme meanwhile is making slow progress due to shortages, confusion and squabbling between the central government and state authorities.

So far about 180 million people, only 14 per cent of the population, have received one dose, and 45 million, or 3.4 percent, two shots.