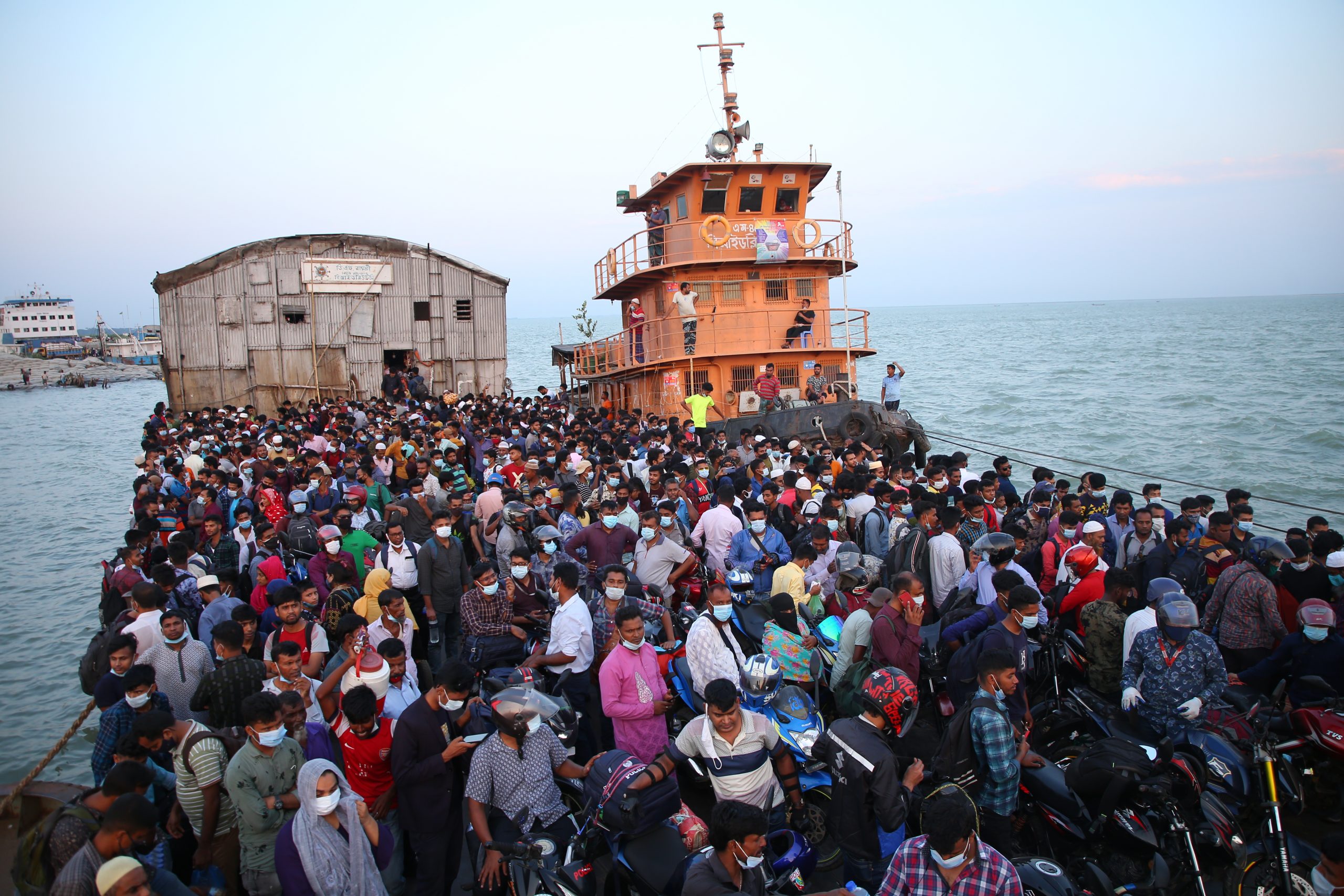 People moving from Dhaka to their hometown for Eid-Ul-Fitr in Munshiganj, Dhaka, Bangladesh.

DESPERATE to reach home in time for Eid-ul-Fitr, crowds continued to throng ferry terminals on the Padma river banks on Wednesday (12), despite restrictions imposed by the Bangladesh government.

Those who were home-bound were left with only ferries to cross the river as launch and speedboats were stopped as part of the restrictions to contain the coronavirus.

People in large numbers managed to reach the ferry terminal at Shimulia, spending extra money in the absence of public transport. The rush was such that it hindered the ferry operations, according to officials. Vehicles, including ambulance, lined up at the terminal from where 15 ferries operated on Wednesday (12).

Bangladesh Inland Water Transport Corporation (BIWTC) said the authorities had previously suspended daytime ferry services, but they were forced to rescind the decision due to the massive crowds anxious to go back home, according to the Daily Sun.

Thousands of people were seen crossing the river in packed ferries.

People have been making it to the ferry terminals for the past couple of days and boarding trawlers and fishing boats to cross the river. Media reports said many travellers were not wearing masks and it was too difficult to maintain social distancing in the rush.