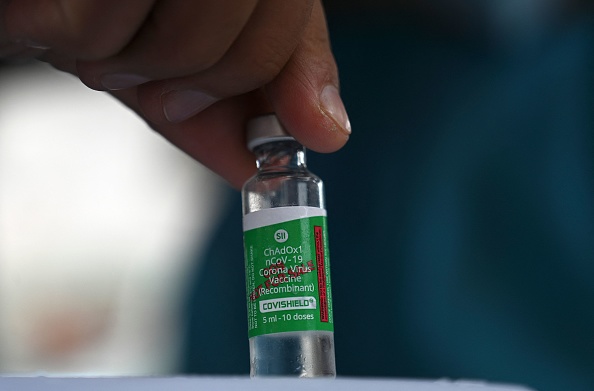 WHEN the coronavirus pandemic was at its peak in India during the second wave driven by the delta variant, the efficacy of the Covishield vaccine stood at 63 per cent – according to a recent study published in The Lancet journal.

The efficacy of Covishield against the delta variant was evaluated between April and May this year, when India was reporting around 300,000 Covid positive cases a day.

Covishield is the locally manufactured version of the Oxford-AstraZeneca vaccine being used in the UK and other countries. It is the most widely used vaccine in India, manufactured by the Serum Institute of India.

“The ChAdOx1 nCoV-19 [Covishield] vaccine remained effective against moderate-to-severe Covid-19, even during a surge that was dominated by the highly transmissible delta variant of SARS-CoV-2,” the paper said.

The study done in two medical research centres in Faridabad in northern India’s state, found the vaccine to be 63 per cent effective among fully jabbed persons. However, for moderate-to-severe disease phase, the effectiveness was 81 per cent.

While those having taken a single dose, the Covishield vaccine efficacy was 46 per cent, and increased to 79 per cent during the moderate-to-severe disease phase.

“Our data suggest that two doses of the ChAdOx1 nCoV-19 vaccine provide modest protection against infection with the SARS-CoV-2 delta variant and high levels of protection against moderate-to-severe Covid-19,” said the researchers.

As of now 81 per cent of India’s adults have received at lease one dose while 43 per cent have had got two doses. Inoculation for under 18s is yet to start.

The findings come amid the discovery of a new variant omicron, which has spooked the whole world with scientists and experts trying to find out its potential impact.

The heavily mutated variant, whose scientific name is B.1.1529, poses a “very high risk” of infection and is likely to spread internationally, bringing potentially “severe consequences” globally, the World Health Organisation said on Monday (29).