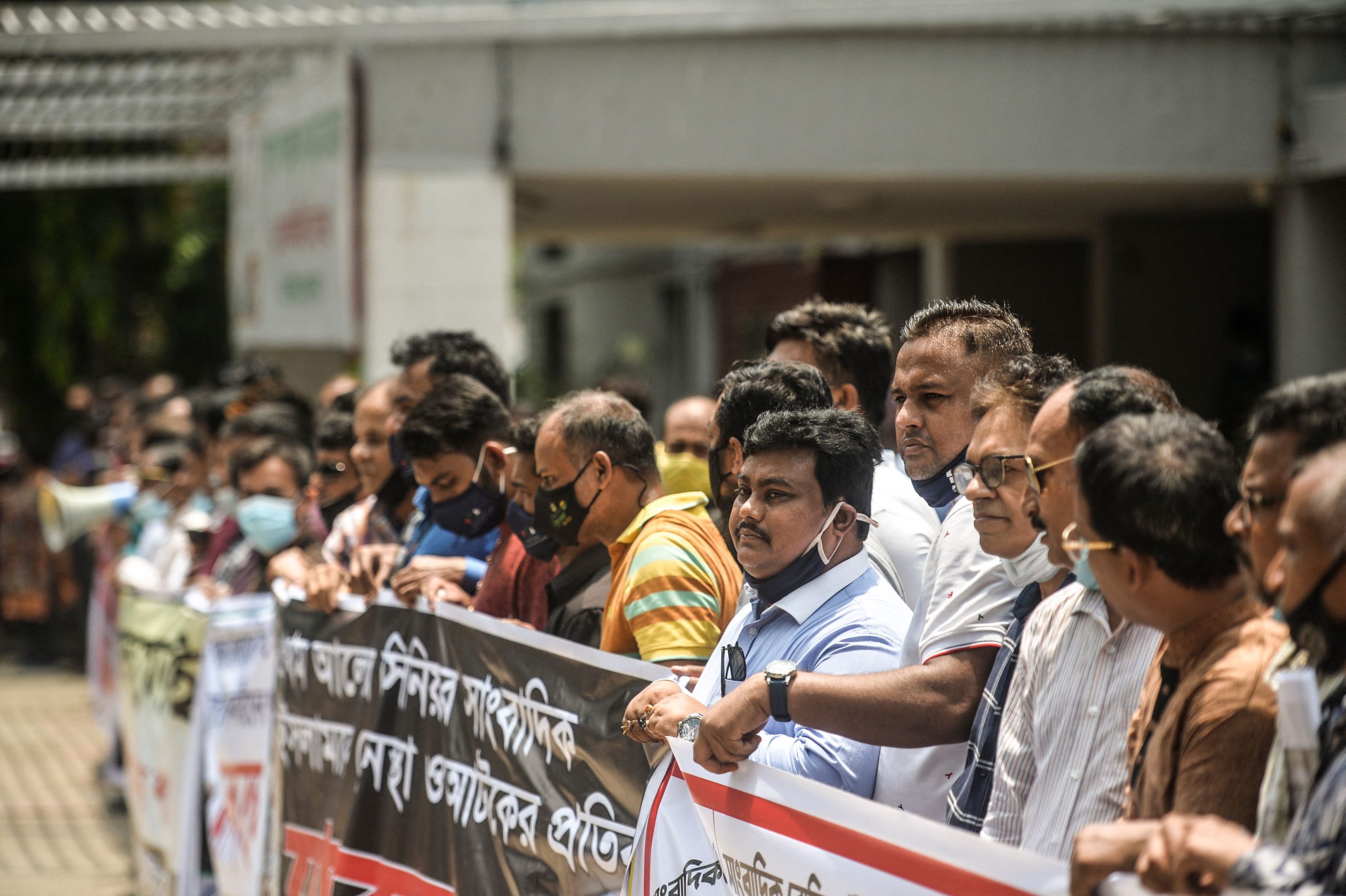 Journalists and colleagues of investigative journalist Rozina Islam (not pictured) protest in Dhaka on May 20, 2021, following her arrest on the accusation of stealing documents of the health ministry. (Photo by MUNIR UZ ZAMAN/AFP via Getty Images)

A DHAKA court said it will pass its order on Sunday (23) on the bail application of a Bangladesh journalist arrested earlier this week on charges of “stealing information” from the country’s health ministry.

The court of the chief metropolitan magistrate which conducted a virtual hearing on Thursday (20) permitted the prosecution to produce documents against Rozina Islam, a senior reporter of a Bangladesh daily whose arrest on Monday (17) under the official secrets act has prompted the United Nations to express its concern.

The prosecution claimed that she acquired documents pertaining to “confidential treaties” with China and Russia on vaccines.

Islam, known for her investigative journalism, was detained at the Bangladesh Secretariat in the capital where she allegedly took photographs of government documents on her mobile phone without permission. She was handed over to the police after five hours of “confinement” in the government building, sparking protests from her colleagues.

Foreign affairs minister AK Abdul Momen said what happened to the journalist was regrettable, but he added the government has “nothing to hide”.

“The incident is very regrettable. We expect it will not repeat,” the Dhaka Tribune quoted him as saying, while rights groups have called for dropping all charges against the 42-year-old journalist.