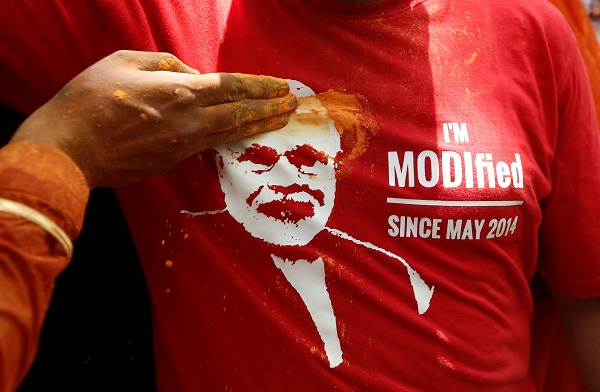 BJP supporters celebrate after learning the initial election results outside the party headquarters in New Delhi, India, May 23, 2019. (REUTERS/Adnan Abidi)

THE mood was upbeat at BJP headquarters in New Delhi shortly after it became evident that prime minister Narendra Modi’s Bharatiya Janata Party was headed for a historic win.

Although counting of votes for 2019 Lok Sabha election is underway, trends so far show the BJP leading with more than 330 seats. 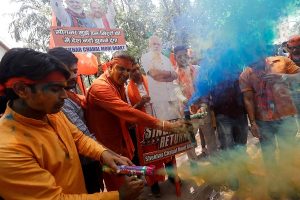 Party workers took to the streets to burst crackers and danced to drumbeats to celebrate the occasion. 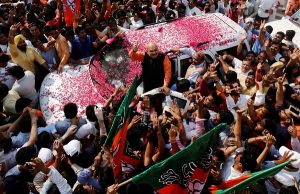 “It’s a stamp of approval by voters on the honest and decisive leadership of Prime Minister Modi,” Nalin S Kohli, a BJP spokesman, was quoted as saying by Reuters. 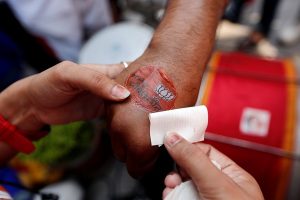 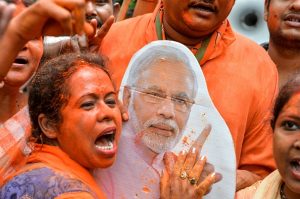 Taking to Twitter on Thursday, Modi promised to unite the country. “Together we will build a strong and inclusive India,” Modi said. “India wins yet again!”