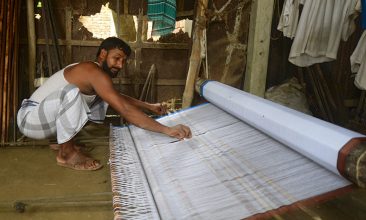 Bangladesh’s traditional weavers hanging by a thread as factories boom

In small tin sheds in a town outside Bangladesh’s capital Dhaka, wooden looms are deftly operated by a group of men and women — some of the country’s last traditional weavers — as huge garment factories churn out cheaper alternatives. The nation’s centuries-old traditional weaving was once highly sought after, with nobility from Asia and […] 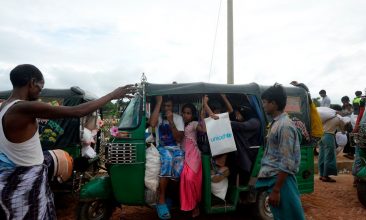 By Pramod Thomas A group of more than 300 Rohingya refugees allege rape, sexual assault and ‘jail-like’ conditions on Bangladeshi island. In April, they were taken to Bhasan Char, an uninhabited island in the Bay of the Bengal, when they were trying to go to Malaysia. Sitara, 28, one of the refugees said that the […] 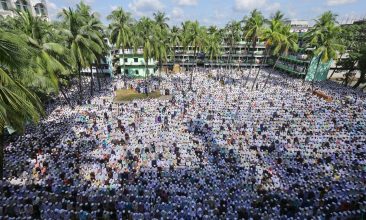 Tens of thousands of people gathered to mourn the controversial leader of Bangladesh’s largest Islamist group as his funeral was held on Saturday in a rural southeastern town, police said. Allama Shah Ahmad Shafi, who had led the hardline Hefazat-e-Islam group since it was formed in 2010, died of age-related complications on Friday in the […] 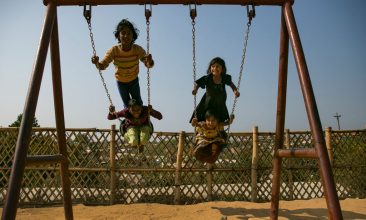 CHILD MARRIAGE is on the rise in Bangladesh’s Rohingya refugee camps and the risk of human trafficking grows with every day the pandemic shuts youth services, according to a recent UN-led study. Bangladesh scaled back activities in the refugee camps in April and mainly focused on providing health and emergency food to prevent the spread […] 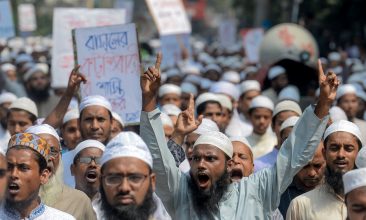 A Hindu has been jailed for seven years in Muslim-majority Bangladesh for insulting the Prophet Mohammed on Facebook, a prosecutor said on Thursday (17). Although Bangladesh is officially secular, criticism of Islam is taboo in the conservative nation of 168 million people and violent protests have previously erupted over social media posts deemed blasphemous. Jibon […] 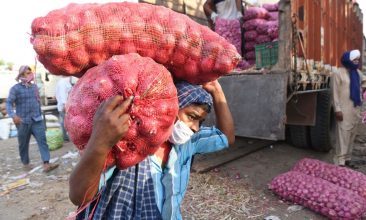 ONION prices in Bangladesh jumped by more than 50 per cent on Tuesday(15), following a ban on exports by largest supplier India after its crop was damaged and harvesting delayed by excessive rain, industry officials said. The surprise move, which took immediate effect on Monday(14), could help cut prices in India, but boost prices in […] 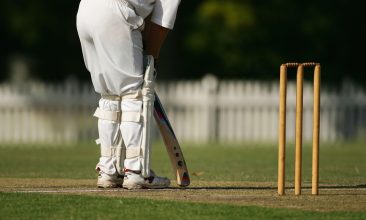 Two promising teenage cricketers were killed by lightning in Bangladesh on Thursday, officials said, as the death toll during the annual monsoon season rose to at least 350. Scores of people die every year after being struck by lightning during Bangladesh’s wet season, which runs from April to October. The boys, named by officials as […] 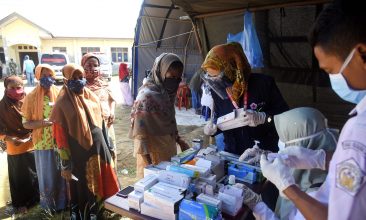 When hundreds of Rohingya refugees paid traffickers to escape their squalid camp in Bangladesh, they were promised a new life in Malaysia after just one week at sea. Instead, the group of mostly women and children suffered more than 200 days of terror on the high seas, until they landed this week on Indonesia’s northern […] 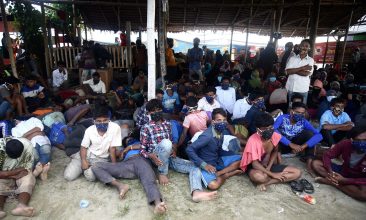 Nearly 300 Rohingya migrants reached Indonesia early Monday claiming to have been at sea for seven months, United Nations officials said, in one of the biggest landings by the persecuted Myanmar minority in years. The migrants — including more than a dozen children — were spotted at sea on a wooden boat by locals who […] 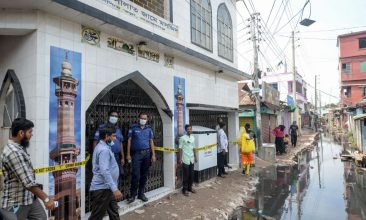 THE death toll from a gas explosion that tore through a Bangladesh mosque has risen to 24, officials said, as rescuers described how survivors jumped into a nearby open sewer to escape the flames. Worshippers were at Friday(4) evening prayers when the blast sent a ball of fire through the mosque in the central district […]