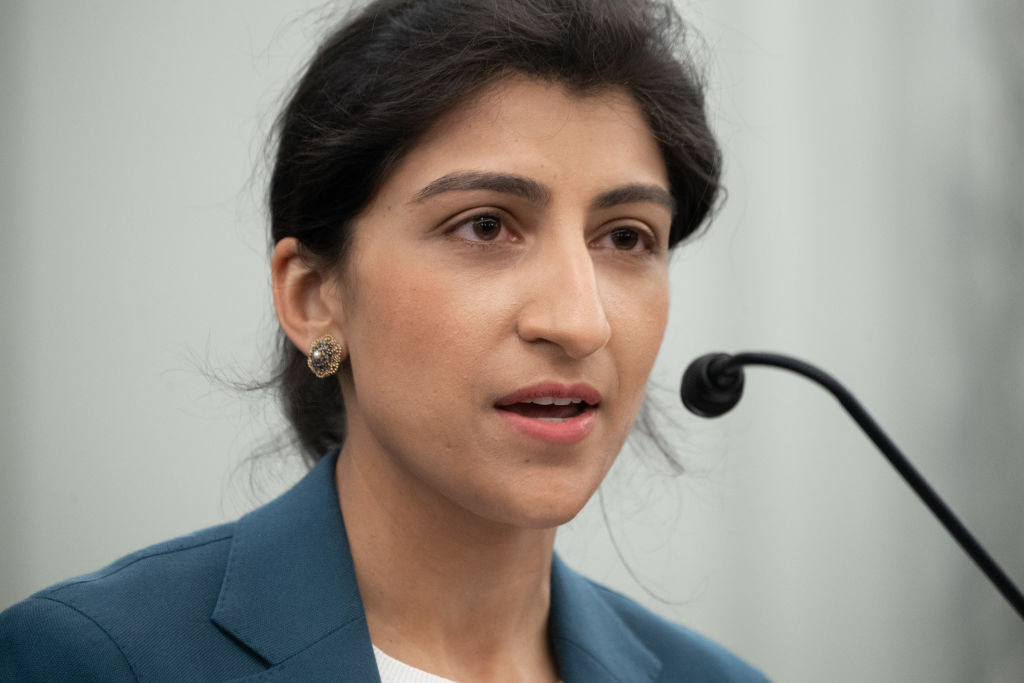 LINA KHAN, an anti-trust researcher focused on Big Tech’s immense market power, was sworn in on Tuesday (15) as chair of the US Federal Trade Commission, a victory for progressives seeking a clampdown on tech firms who hold a hefty share of a growing sector of the economy.

Hours earlier, the US Senate had confirmed the selection of Khan, with bipartisan support.

“We applaud president Biden and the Senate for recognising the urgent need to address runaway corporate power,” advocacy group Public Citizen said in a statement.

US Senator Elizabeth Warren tweeted that the administration’s selection of Khan, 32, was “tremendous news.”

“With chair Khan at the helm, we have a huge opportunity to make big, structural change by reviving antitrust enforcement and fighting monopolies that threaten our economy, our society, and our democracy,” Warren said in a separate statement.

The Information Technology and Innovation Foundation (ITIF), whose board includes representatives from tech companies, issued a statement warning that a “populist approach to antitrust” would “cause lasting self-inflicted damage that benefits foreign, less meritorious rivals.”

The federal government and groups of states are pursuing various lawsuits and investigations into Big Tech companies. The FTC has sued Facebook and is investigating Amazon. The justice department has sued Google.

In 2017, Khan wrote a highly regarded article, “Amazon’s Antitrust Paradox,” for the Yale Law Journal. It argued that the traditional anti-trust focus on price was inadequate to identify anti-trust harms done by Amazon.

In addition to antitrust, the FTC investigates allegations of deceptive advertising.

On that front, Khan will join an agency adapting to a unanimous Supreme Court ruling from April which said the agency could not use a particular part of its statute, 13(b), to demand consumers get restitution from deceptive companies but can only ask for an injunction. Congress is considering a legislative fix.

Khan previously worked at the FTC as a legal adviser to commissioner Rohit Chopra, Biden’s pick to be director of the Consumer Financial Protection Bureau.

Born in London, Khan moved to the United States with her Pakistani parents in 2010 when she was 11 years old.