Bangladesh citizens quarantined in India will return home on Saturday 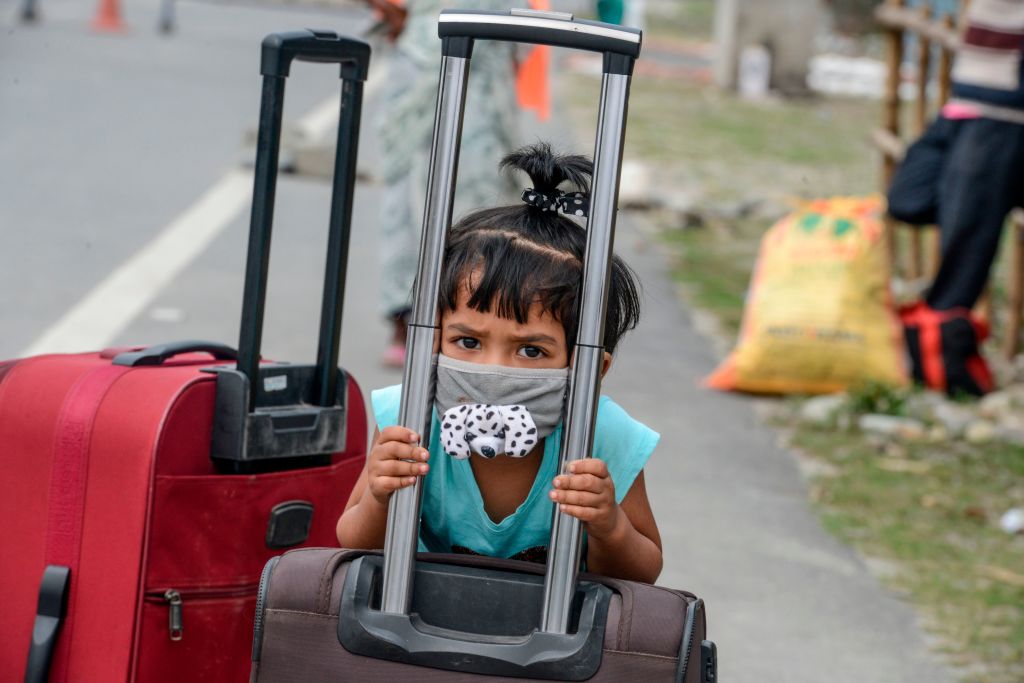 A Bangladeshi child waits as her parents' passports are checked by Border Security Force (BSF) on their way back from the Indian side, following an announcement about the closure of the India-Bangladesh border as a preventive measure against the spread of the COVID-19 coronavirus, at the India-Bangladesh border at Fulbari Border checkpoint, some 16 kms from Siliguri on March 13, 2020. (Photo by DIPTENDU DUTTA/AFP via Getty Images)

ALL 112 people, including 23 Bangladeshis, who were admitted to a quarantine facility in India for over a fortnight after their return from China, have tested negative for coronavirus.

The Bangladesh citizens will return home on Saturday (14).

The 23 Bangladesh nationals will fly back to Dhaka tomorrow (Saturday), Bangladesh minister said.

Indian Air Force has brought back 112 people stranded in China’s Wuhan last month. They were flown to India on the morning of February 27.

The Bangladeshis, most of whom are students, would fly by Indigo airlines flight with financial support of Bangladesh government.

Bangladesh High Commissioner to India Mohammad Imran will be present at the Indira Gandhi International Airport in Delhi to see off the 23 Bangladeshis, reports said.

India’s Minister of State for Home, Nityanand Rai, and ITBP chief SS Deswal, will meet the 112 at the facility and see them off, reports said.