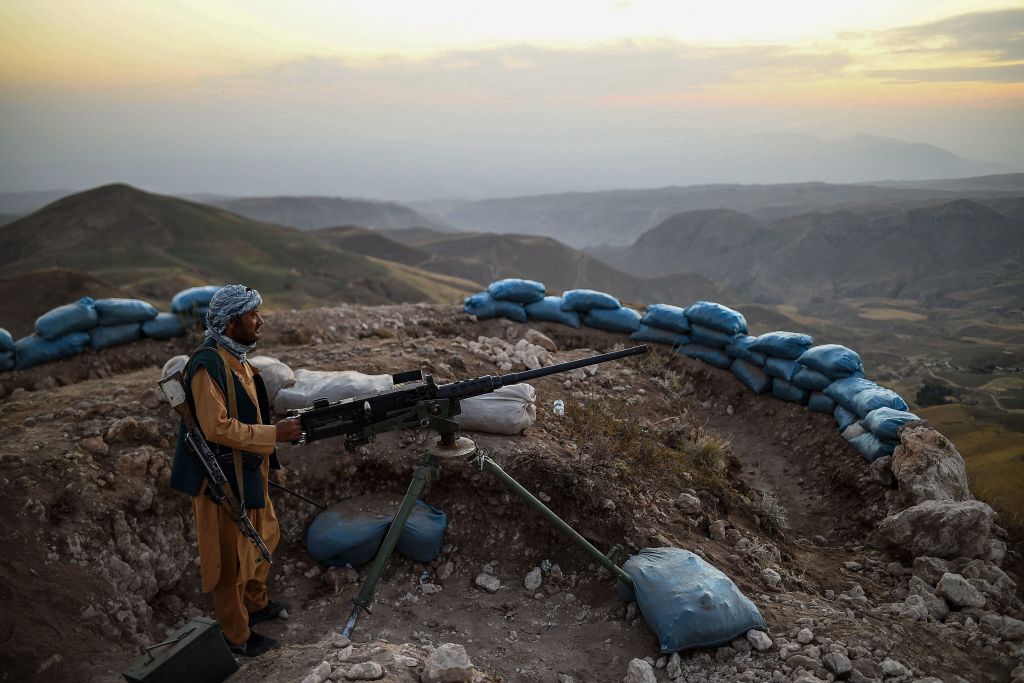 In this picture taken on July 11, 2021 an Afghan militia fighter keeps a watch at an outpost against Taliban insurgents at Charkint district in Balkh Province. (Photo by FARSHAD USYAN/AFP via Getty Images)

Hundreds of Afghan army soldiers and civil officials have fled to neighbouring Tajikistan, Iran and Pakistan in recent weeks after Taliban offensives in border areas.

The Afghan military commander requested refuge for 46 soldiers at the border crossing in Chitral in the north, the Pakistan army said in a statement, adding they were given safe passage into Pakistan on Sunday (25) night after clearance from Afghan authorities.

“Afghan soldiers have been provided food, shelter and necessary medical care as per established military norms,” the statement said.

The move comes at a time of frosty relations between the neighbours. Afghanistan recalled its diplomats from Pakistan after the brief kidnapping of the Afghan ambassador’s daughter in Islamabad earlier in the month.

Afghan officials did not respond to a request for comment.

The Taliban has escalated its offensive since the United States announced in April that it would withdraw its troops by September, ending a 20-year foreign military presence.

Washington has said it will continue to carry out air strikes to support Afghan forces facing insurgent attacks.

Afghan government representatives and Taliban negotiators have met in Qatar’s capital, Doha, in recent weeks, although diplomats say there have been few signs of substantive progress since peace talks began in September.

Reeling from battlefield losses, Afghanistan’s military is overhauling its war strategy against the Taliban to concentrate forces around critical areas such as Kabul and other cities, border crossings and vital infrastructure, Afghan and US officials have said.

Pakistan’s army said the soldiers who sought refuge will be returned to Afghanistan after due process, as had taken place in the case of another batch of 35 soldiers earlier in July.