Don’t bet against a political comeback for Tory MP Patel 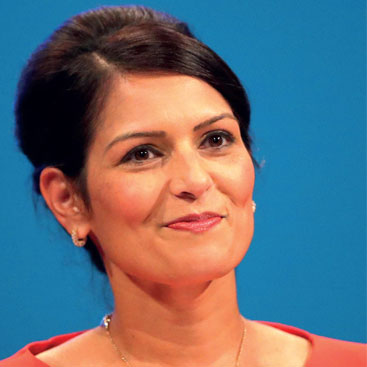 IT HAS been a turbulent 12 months for Con­servative politician Priti Patel.

Ranked number three in last year’s GG2 Power List, her departure from the cabinet in November 2017 over unauthorised meetings with Israeli politicians stripped her of the for­mal power she held in Theresa May’s govern­ment and relegated her to the backbenches.

However, given the current divisions within the Tory party over Brexit, her undoubted ability and continuing high profile on the right wing of the party, few would bet against a po­litical comeback sometime in the near future.

Patel, who was appointed secretary of state for international development in 2016, was found to have broken ministe­rial rules by holding 12 meet­ings over 12 days with Israeli leaders, including prime min­ister Benjamin Netanyahu, without telling the Foreign Of­fice in advance.

A prominent Brexiteer who played a leading role in the Leave campaign, Patel’s forced res­ignation has left her free to campaign on the side of the Euro sceptics against the govern­ment aim of a soft withdrawal from the EU.

In recent months, she has criticised May’s Chequers Brexit plan as “very different” to what was promised in the original red lines in the Conservative election manifesto.

“The British public voted to leave and our prime minister and the Conservative party stood on a manifesto last year that was very clear about the way in which we were going to leave the European Union,” she has said.

Patel was first elected MP for Witham, Es­sex, in 2010. She was drafted into the Number 10 Policy Unit in October 2013 by then prime minister David Cameron and was made the first UK-India diaspora champion in the same year. She was subsequently promoted as minis­ter for employment and then exchequer secre­tary to the Treasury.

Despite having previously expressed scepti­cism over the ‘wasteful’