AN AID worker has spoken of the devastating aftermath of a tsunami in Indonesia, almost seven months after it occurred.

Last September, a powerful earthquake and subsequent tsunami across Indonesia claimed 4,340 lives. Due to the tsunami, which struck the coastal areas of Palu and Dongala, the soil liquefaction has made the land uninhabitable.

Sanjeev Bhanja is the Asia emergency aid manager for relief charity Tearfund. He has worked with victims since the disaster and has seen the damage up close.

Those affected were still in deep shock and were confused, he revealed.

“It is a hopeless situation for many,” he said. “There is an urgent need for psychiatric aid to help people deal with this event.”

Tearfund is working to provide these services, he added.

Bhanja, from India, visited the Indonesian island Sulawesi after the earthquake initially hit. He spent three days helping victims in the affected areas, which were ravaged by the disaster.

The 53-year-old, who has worked with Tearfund since 2014, helped to distribute hygiene kits and items such as mattresses, tarpaulins, blankets, and thermos flasks for around 2,000 people. The charity also helped people access health services and provided food supplies for them.

According to official figures, almost half the fatalities, about 2,141, occurred in Palu, the area most affected by the earthquakes and tsunami. Of them, 289 people died in Sigi regency, 212 in Donggala, and 15 in Parigi Moutong. As many as 667 people have been declared missing, while another 1,016 bodies were unidentifiable.

Bhanja recalled talking to a local volunteer who had heard people calling for help from the area struck by soil liquefaction.

“But he couldn’t reach them because of the mud. He was helpless,” Bhanja said. “It took days before he was able to go there, and by then all he could do was carry away the dead bodies.”

One victim, Mama Roslyn, managed to escape from her house, which collapsed during the earthquake. After the disaster, she stayed in a camp with her family.

However, she is worried for her future – before the disaster, she sold coconuts and vegetables to earn a living.

“Of course, I need to do something for a living,” she said. “If I stay like this, I’ll get confused and worried because I’ll get no cash and there are no activities.”

Talking about his role, Bhanja said witnessing the aftermath of such disasters could be overwhelming.

“What helps is to keep talking about it,” he said. “Before I go on a mission and when I get back, I have conversations with this pastoral worker.

“My quiet time with God at the beginning of the day is also very important to me. It helps me to shake off sad situations and to find new strength.”

Bhanja added that meeting victims also helped. He recalled talking to a woman in her mid-50s called Mama Ochi, who was living in the emergency camp with her mother, children and grandchildren.

When he asked her about her life before the disaster, Ochi said she was keen to have normality back as soon as she could.

“People want to get back to their normal life,” he said. “They have courage and want to move on with their lives.”

Bhanja, who is from Orissa, a state in eastern India, revealed he had experienced deprivation in his village. He was glad his profession had given him an opportunity to work with vulnerable communities and charitable organisations.

“What I see, both in the Philippines [where Bhanja had previously worked with victims of natural disasters] and in Indonesia, is the resilience of so many people,” he said. “It is my firm belief that if you are resilient, you will manage to rebuild your life again, even after a disaster like this. That encourages me and gives me faith for the future of the people of Sulawesi.” 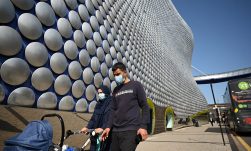 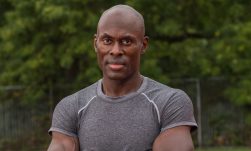