Truss received 64 votes in the second round of the Conservative Party’s leadership election on Thursday. 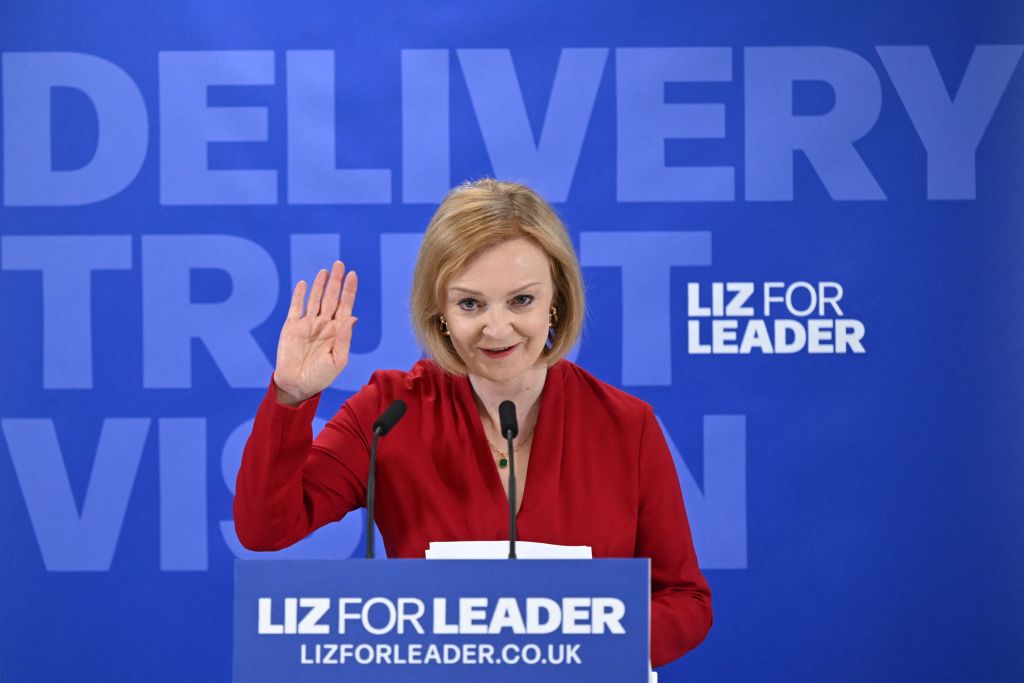 Britain’s Foreign Secretary Liz Truss waves at the end of her speech at the launch of her campaign to become the next leader of the Conservative party in London on July 14, 2022. – Britain’s ruling Conservative party is looking for a leader to succeed Prime Minister Boris Johnson amid growing acrimony over alleged dirty tricks. (Photo by JUSTIN TALLIS/AFP via Getty Images)
Follow Us

UK Foreign Secretary Liz Truss has gained backing from former Brexit negotiator David Frost and British lawmaker Suella Braverman to become the next UK prime minister, British media reported on Thursday.Truss, who received 64 votes in the second round of the Conservative Party’s leadership election on Thursday, pledged an “upward trajectory” for the economy by 2024, when the next national election would take place. Former finance minister Rishi Sunak topped with 101 votes, followed by junior trade minister Penny Mordaunt with 83. The Times reported that Prime Minister Boris Johnson is urging defeated leadership candidates to back “anyone but Rishi”. He has held conversations with failed contenders and made clear his view that Sunak should not become the prime minister.The report, citing a source close to one of the conversations, said Johnson appeared most keen on Truss.Sunak has been endorsed by leading party figures including Deputy Prime Minister Dominic Raab and Transport Minister Grant Shapps.Frost, in an op-ed in The Telegraph, urged lawmaker Kemi Badenoch to withdraw from the race and back Liz Truss.“She has the right ideas and the energy to deliver them. She deserves to be our next Prime Minister to take our country forward and I will support her,” Frost wrote.Braverman, who was eliminated from the race with only 27 votes, said she will support Truss while influential Conservative Party lawmaker Steve Baker, who had supported Braverman, also said he would support Truss, The Times said.