South African police not to arrest Zuma until litigation ends 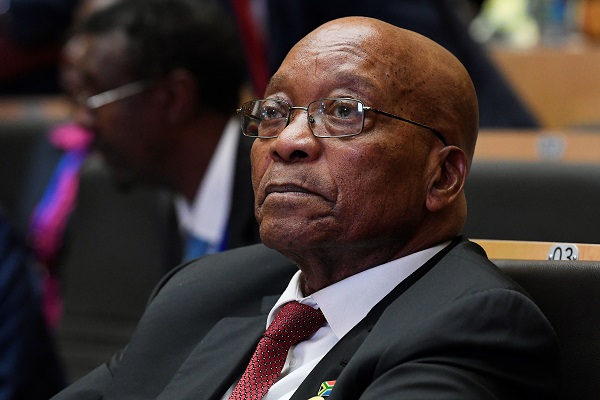 SOUTH AFRICA’S police stated on Tuesday (6) that it would not arrest the ousted leader Jacob Zuma until he has fully exhausted his legal fight against the jail sentence.

On June 29, a constitutional court sentenced Zuma 15-month imprisonment for failing to appear at the corruption inquiry led by deputy chief justice Raymond Zondo in February.

He was also told to surrender by Sunday (4) midnight, failing which the police would be instructed to arrest him in the following three days.

On Friday (2), Zuma, 79, rushed to court seeking to halt the arrest order. His application is due to be heard in the Pietermaritzburg high court.

In a separate plea filed with the constitutional court, former South African president sought cancellation of its jail order in the wake of the Covid-19 pandemic.

The plea will be heard on July 12.

Lawyers representing the police wrote a letter to constitutional court on Tuesday (6) saying they will pause on the order to arrest Zuma given the “unique situation presented by the developments and the legal matrix involved.”

“Out of respect (for) the unfolding litigation processes, (the police will) hold further actions they are expected to take in terms of the honourable court’s orders in abeyance, pending the finalisation of the litigation,” the letter stated.

The case has created tensions within the ruling African National Congress (ANC), where Zuma still holds much support among the grass roots.

“No one wants to go to jail… I think that (ex-) president Zuma is exploring every legal avenue that is available to reduce or to remove the custodial sentence that has been put on him,” said ANC’s deputy secretary general, Jesse Duarte.