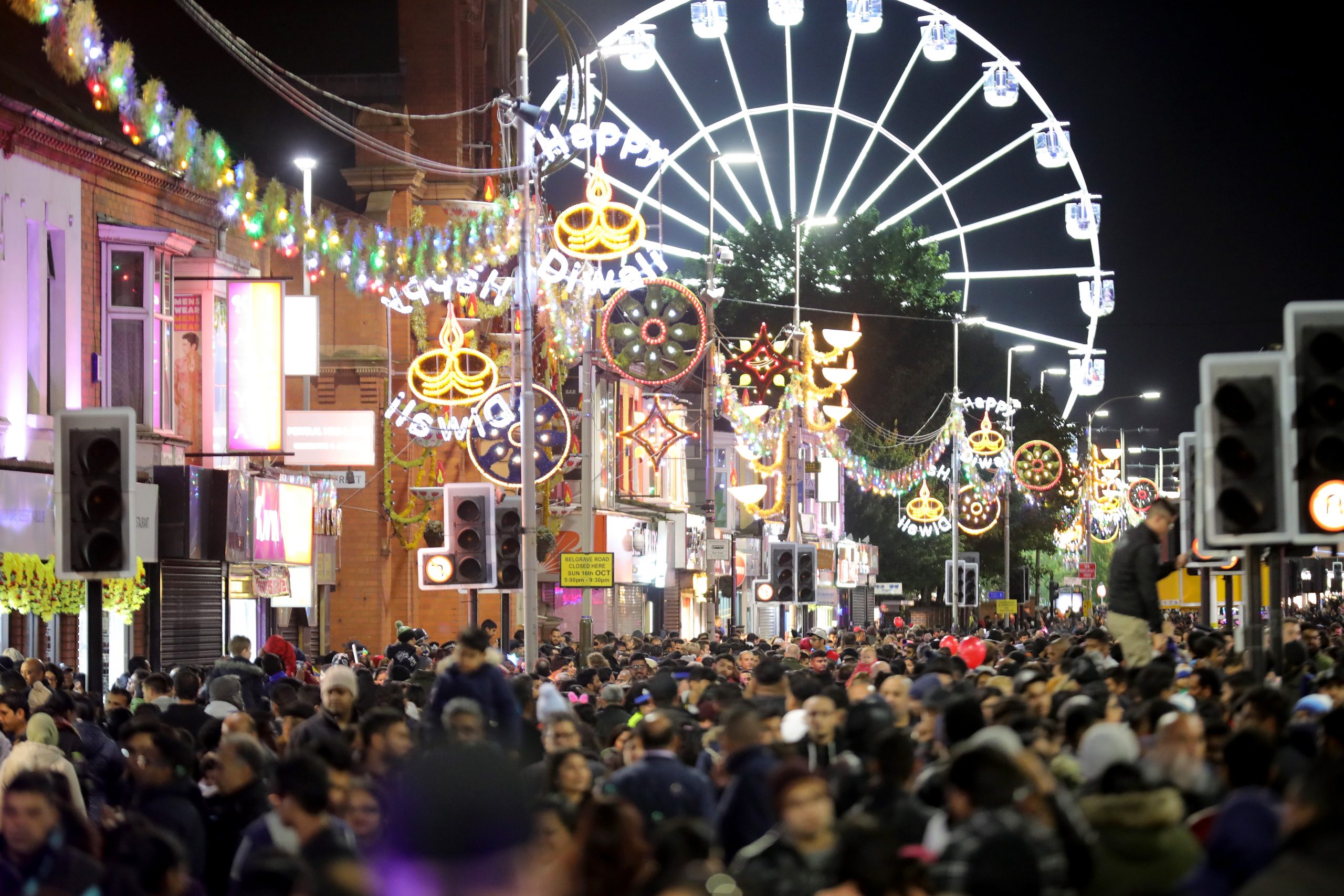 File photo of thousands of people having gathered on Leicester’s Golden Mile to watch the switching on of the lights to mark the start of of Diwali. (Photo by Christopher Furlong/Getty Images)

Preparations are underway to celebrate the return of Diwali on Leicester’s Golden Mile.

Usually tens of thousands of people attend the celebrations in the Belgrave area, which were cancelled last year due to the pandemic.

The festivities, believed to be the biggest outside of India, is scheduled to behin on Sunday (24). However, measures will be in place to prevent crowding at one place.

However, in a change to previous years, near the Belgrave roundabout – where the countdown to the light switch-on and performances normally take place, will be replaced with a big screen. There will be additional two screens near Wand Street and Cossington Street recreation ground.

According to the Leicester City Council, a cultural programme would run on each screen throughout the evening, along with a pre-recorded countdown to the 18:30 BST switch-on of the city’s famous Diwali lights.

The usual firework display at Cossington Street recreation ground will be replaced with hundreds of candles and a flaming centrepiece. Moreover, there will be giant puppets, with food stalls and funfair rides.

The deputy city mayor for culture, councillor Piara Singh Clair, said: “We were determined to do all we could to bring the Diwali celebrations back to the streets of Leicester this year, while making public safety our priority, so I’m delighted that we’ve been able to do so.”

Theo Crew, senior festivals and events officer at the council, said with three screens in different areas, as well as the large recreation ground, it “won’t be quite as dense as it normally is”.

“People can look after their own space… and manage their own risk level,” he added.

Belgrave Road will close to traffic from 17:00 BST on 24 October for the screening of the countdown, and again at the same time on 4 November for the Diwali Day festivities.