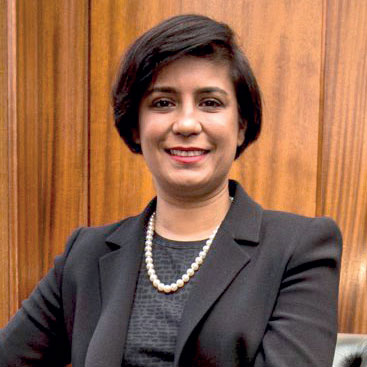 “I SETTLED on a life of crime, “ confessed judge Anuja Dhir of the Old Bailey in a recent address to an audience at her alma mater, Dundee. The University was awarding her an honorary doctorate in recognition of her non­pareil achievements, not the which was be­coming the UK’s first-ever non-white central criminal court justice.

As a dyslexic schoolgirl with a straight-As big sister, Dhir’s fate was not as set in stone as it might now appear. She was told by a teacher to look at hair-dressing as a career, but instead she raised her grades and arrived at university at 16, where she decided to read both English and Scottish law – Dundee being the only Scottish institution offering that combination.

Destiny had cast its first rune.

As an Asian girl in 1970s Scotland, Dhir can­not recollect much experience of personal rac­ism. “We were not made to feel and did not feel that we were different or discriminated against,” she says.

Rather, the bias she noticed was institu­tional, legal. For example, her mother had to resign as a school teacher when she fell preg­nant and needed some time off. Later, she had to start from scratch again by applying for jobs elsewhere, her old one having been given away. Her mother eventually found a position, but only one much further away from home.

Dhir sees that society has changed for the better. “What a contrast to the way I was treated,” she reflects. “When I had my first child, my place in chambers was kept open for me, and I was given financial help when I re­turned to work.” Now a mother of three, she sits near the apex of the legal world.

Racial as well as sexual equality has im­proved, with enlightened and strong laws en­couraging society’s attitudes.