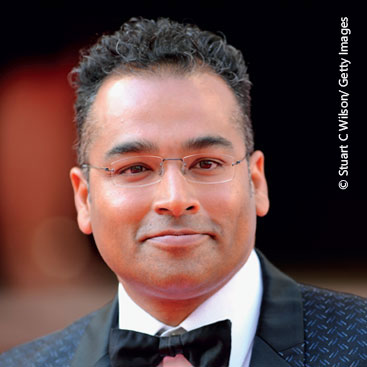 AS HE approaches his half century – he was born in 1970 – Liverpool-born, Lancashire-raised Krishnan Guru-Murthy must surely be regarded as one of the UK’s foremost broad­casters, and one of its most entertaining and provocative interviewers.

He is best known as the long-resident pre­senter of the iconic Channel 4 News alongside his colleague Jon Snow; but he began his earli­er, decade-long career at the BBC in 1988 (pre­senting the Janet Street-Porter-produced Def II youth magazine programme) even before he had graduated from Hertford College, Oxford, where he read PPE (Politics, Philosophy and Economics) – “the politician’s degree”.

But so far at least, it appears there was never anything in Guru-Murthy’s sights apart from a career in broadcasting, where he lives immersed in a politically-inflected media world.

Guru-Murthy’s sister, Geeta, is a BBC news-reader, married to Philip Collins, who used to be Tony Blair’s speechwriter and now writes leader articles for The Times as well as acting as chairman of the board of trustees for the left-of-centre Demos thinktank. Guru-Murthy’s brother Ravi was an advisor to David Miliband and later followed him to work for the Inter­national Rescue Committee in New York.

Guru-Murphy even met his wife Lisa through the wife of friend and ex-Newsnight editor Peter Barrom (with whom, alongside Tim Hincks, CCO of TV company Endemol UK, he played bass in a rock band). The Guru- Murthys now have a son aged 11, and a young teenage daughter, Jasmine.

This intricate skein of relationships tying to­gether several influential spheres of public life has led to charges of unhealthy political bias – such as when a complaint was lodged with Of­com over Guru-Murthy’s alleged “trolling” of Tory politician Grant Shapps.

However, any apparent bias is undercut by such interviews as the one Guru-Murthy con­ducted with (or perhaps against) Jeremy