Indhu Rubasingham has staged hard-hitting dramas at the Kiln 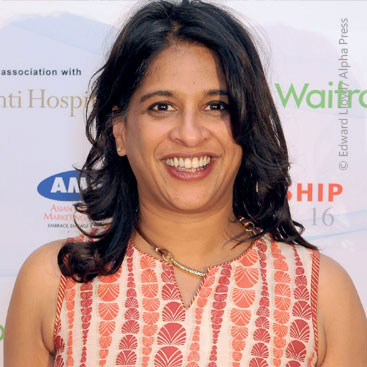 GROWING up in Mansfield in Nottingham­shire in the 1980s, the stage looked set for Indhu Rubasingham to pursue a career in medicine.

Her father was an eye specialist and the im­portance of education as a means of getting ahead in life had been drummed into Rubasin­gham from a very young age.

However, a chance work experience place­ment with the stage management team at the Nottingham Playhouse was to permanently al­ter the course of Rubasingham’s life. She had, for a joke, casually jotted down “‘TV, film, and theatre’ on a school work experience form, ful­ly expecting to be allocated a run-of-the-mill induction into office life at a local firm.

During her placement she fell in love with the theatre and for Rubasingham, it was the start of an incredible journey. She opted to study drama at the University of Hull and fol­lowing her graduation, worked as an assistant to legendary director Mike Leigh at the Thea­tre Royal Stratford East, having been award­ed an Arts Council bursary.

Rubasinghan’s crowning moment was in 2012, when she took over from Nicolas Kent as artistic director at the Tricycle Theatre in Kilburn, north-west Lon­don, which was rebranded as the Kiln Theatre in 2018. In doing so, she became the first non-white woman to run a major London theatre.

When the GG2 Power List asked Rubasingham if her decision not to pursue a medical career came as a disappointment to her Sri Lankan-born parents, she replies, “I was really lucky in that I was in­credibly supported by my parents in doing drama and pursuing a career in theatre. I wouldn’t be here without their support.”

Rubasingham’s impressive rise should put paid to any lingering doubts about her abilities, as in 2017, her achievements and reputation for excellence in her chosen field earned her both an MBE