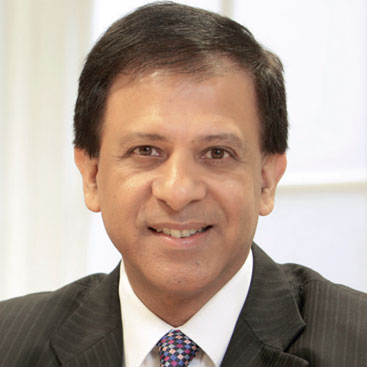 “RADICALISED” may be too strong a word, but Dr Chaand Nagpaul was definitely sensitised to the shortcomings of the NHS as a trainee medic in the late 1970s and early 80s at St Bar­tholomew’s Hospital, University of London.

He recalls administering the wrong injection (luckily harmless) to a patient when he was dazed with fatigue during an 80-hour shift as a locum. Dr Nagpaul has since dedicated him­self to fighting for better rights and conditions for doctors and patients too, because he be­lieves one implies and guarantees the other.

He changed his mind about being a hospital doctor on the first day of his GP attachment as a medical student. “I was struck with awe,” he recalled, “as I observed my GP trainer almost working magic with patients whose lives and circumstances he knew and understood and who trusted him implicitly.”

After training at Charing Cross Hospital and the All India Institute of Medical Sciences in New Delhi, Dr Nagpaul qualified as a GP in 1989, and has now been at his practice at Stan­more, in north London, for 29 years.

Through all those years, Dr Nagpaul has in­volved himself in the policy and political as­pects of his profession, first joining his Local Medical Committee (LMC) and remaining a member for over 20 years (and vice-chair for 12). On a national level, he was a member of the BMA’s general practitioners’ committee (GPC) since 1996, sitting as its representa­tive on the BMA’s public health committee and consultants committee, and then the GPC chair for four years until 2017. When he took charge, GPs and the government were at loggerheads over a harsh new contract impo­sition which he reversed within a year – while also increasing the com­mittee’s “visibility, credi­bility, and influence”, ac­cording to the British Medical Journal.

Described as “a calm and persuasive negoti­ator,” he was also a member of the BMA Council from 2008 until being made its new chairperson in June 2017. “Politi­cians across the UK and across the political spectrum now acknowledge the importance of general practice,” he said at the time.

Dr Nagpaul was honoured with a CBE in 2015, for services to primary care. He remains persuaded of continued preju­dice against BME and foreign doctors in the NHS – “BME doctors are more likely to face referral to the GMC, are more likely to have their cases investigated and are more likely to face harsh sanctions following an investiga­tion” – and spoke up powerfully over the re­cent case involving Nigerian-origin Dr Hadiza Bawa-Garba, who was blamed for the death of a child under her care in an emergency ward.

A medical practitioners’ tribunal had barred her for a year (she had already been given a suspended 24-month prison sentence for man­slaughter), but the GMC struck her off in Jan­uary 2018. Since overturned on appeal, Bawa- Garba’s punishment, Dr Nagpaul said, would never have been meted out to a white doctor, and many mitigating circumstances around the tragic death of the child were effectively ignored.

Dr Nagpaul believes that “without its over­seas medical workforce, the NHS would not have survived a single day,” and his vision of the NHS and even the UK is a dark and des­perate one of failing services and cruel cuts, accelerated by reactionary government policy and foolish withdrawal from the EU – a litany of broken promises, prejudice and failure:

“The NHS has been paralysed by the vote for the UK to leave the EU … we’ve been cheated with the opposite of a deep freeze in NHS spend, continued savage austerity cuts, and… spiralling pressures affecting the entire health and social care system.” (The govern­ment has since promised the NHS an extra £384 million a week ‘Brexit dividend’.)

Dr Nagpaul is currently leading a major BMA policy project, “Caring, supportive, col­laborative” which will offer a future vision for the NHS based on providing doctors with enough support and resources to ensure safe, quality care in a collaborative environment.