Chakrabarti is adjusting to life in Labour 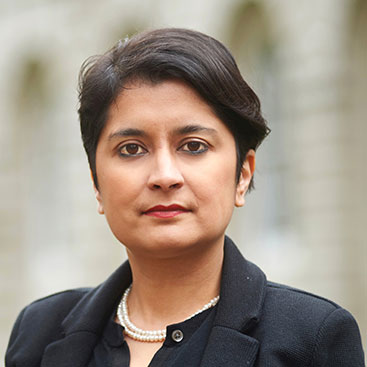 AS HEAD of human rights group Liberty for 13 years, Baroness Shami Chakrabarti was the darling of the liberal left.

Her assured and articulate campaigning style – often via her many appearances on pro­grammes like Question Time – led The Times to describe her as “probably the most effective public affairs lobbyist of the past 20 years”.

Radio 4’s Today programme placed her on a shortlist of 10 people “who may run Britain” and her popularity with young people was le­gion. An indie band called the Dastards even wrote a eulogistic song about her, while in 2006 she came second in a Channel 4 poll to find Britain’s ‘Most Inspiring Political Figure’.

Not that she ever lacked critics. Never over-popular with the right-wing press, after cam­paigning against “excessive” anti-terror meas­ures in the wake of 9/11, The Sun branded her “the most dangerous woman in Britain”, albeit a label her supporters viewed as a badge of honour, given the source.

It has been since leaving Liberty, however, that detractors have rounded on her with an hitherto un­matched vehemence, though that should come as no great shock. At Liberty she enjoyed the halo effect of being ‘above’ politics, an independ­ent voice unaffiliated to any party, promoting civil liberty causes related to individual, politi­cal and social freedom.

Post Liberty – she left in 2016, joined the Labour party and was appointed to Jeremy Corbyn’s shadow cabinet as shadow attorney general – her reputation became linked to the ideological buffetings of party politics.

Supporters of the leader of the opposition applauded the findings of her report into anti- Semitism in the Labour party (she concluded it was “not overrun by anti-Semitism” despite an “occasionally toxic atmosphere”) while op­ponents labelled her probe a “whitewash.”