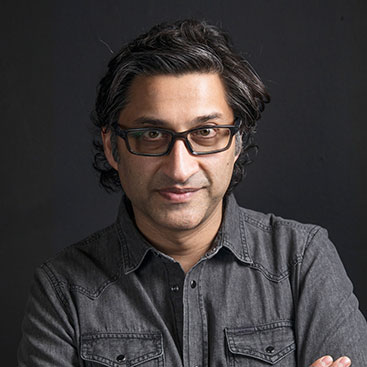 ASIF KAPADIA was born in 1972 in Hackney to Muslim parents, well before the area’s gen­trification commenced. He originally studied graphic design before moving towards film-making, attending both the University of South Wales (as it now is) and the University of Westminster, and then the Royal College of Art.

His first film, The Warrior (2001), shot in Rajasthan, was a feature not a documentary – which is the form Kapadia has subsequently become known for – and its subject was a vio­lent man who renounces violence and then suffers violence because of it.

After he watched The Warrior, which won two Baftas in 2003, Hollywood director Martin Scorsese followed his career, and in 2016 an­nounced that Kapadia would direct a feature, Silver Ghost, about the origins of the motor car makers (still in development).

Senna (2010), which made Kapadia famous, was a work of art, not a normal documentary. In fact it eschewed the usual narrative glue of factual storytelling – the “talking heads” used to string bits of footage together – in favour of composing a symphonic bioscape exclusively from archive, reportage and home movies. The result was an experience for the viewer that was emotionally wringing, melancholic and left one freshly in love with life.

“My films often have a spiritual dimension which comes from my Muslim background, and I’m happy to tackle that in cinema,” Kapa­dia says.

Senna was a difficult film to make, since it required gaining the trust of the Senna family, where many other film­makers had failed. They hated the idea of a tragic action movie about the events at Imola in May 1994 (both Aryton Senna and Austrian driver Ro­land Ratzen­berger died that weekend, and Brazilian Reu­bens Barrichello was seriously injured). “They preferred what we wanted to do, which was a three-act drama celebrating his life, from ar­chive footage,” remarked Kapadia.

A similar bridge of trust was thrown across a chasm of grief by Asif in his next documen­tary, Amy (2016) – which this time did win the Oscar it deserved. Winehouse’s friends and relatives were resentful of the media, but Ka­padia won their trust, and little by little her network of friends opened to embrace him.

This talent Kapadia has for feeling and ex­pressing sympathy communicates itself not only to collaborators but also through the choice and form of his films. He worked as ex­ecutive producer on Stephen, a three-part doc­umentary about the murder of Stephen Law­rence broadcast on BBC1 last April. Again, he gained the trust of his subjects, with Stephen’s mother, Baroness Lawrence, going so far as to say that Kapadia’s film would “be my final public word on the events”.

Three appears to recur in Kapadia’s output and thought – three acts, three parts, three major documentaries in Kapadia’s trilogy about young genius that finds fame (and a fall) too early. The third has again involved gaining the trust of a singular and difficult figure, Ar­gentinian footballer Diego Maradona, for Maradona, which is now in post-production.

The past year been a quiet one on the sur­face – Kapadia did direct two episodes for the excellent Netflix series Mindhunter, proving he can work in the American “system” – but in filmmaking, an absence is normally because the director is working on various projects, which Kapadia is (including a feature, Moth Smoke, also in development, starring Irrfan Khan, who played the title role in The Warrior). All the sparkling premieres and publicity can occur only after the hard creative work is over.