Who is in the box seat to win this year’s US Presidential election?

We’re just weeks away from one of the most important elections in American history as Donald Trump aims to seal a second term in power. Up against him this time around is veteran Democratic hopeful Joe Biden.

Of course, every election American soil is seen as being important, but it’s fair to say that no President has proved as divisive and controversial as Trump. Having quickly established himself as a true ‘marmite’ politician – you either love him or hate him – the former real estate mogul surged to power four years ago.

But does he have enough in the tank to retain his place in the Oval Office? In this article, we will examine both candidates’ chances of success as the people of America prepare to decide who will lead their country for the next four years.

One of the key factors behind Trump’s success has been the fanaticism of his followers. Despite losing the popular vote by just under three million votes in 2016, Trump succeeded in building a passionate base of supporters that became bold ambassadors for his campaign.

And with the 2020 US presidential election odds presently favouring Biden, who is priced at 1.51, ahead of Trump at 2.88, the incumbent will be forced to rally his fans more fervently than ever before, and ensure that his supporters get to the polls in big numbers.

It’s true that, in politics, winning support and mobilising it to vote can be very different tasks, and The Donald can’t afford for any of his advocates to stay at home on polling day if he is to stand any chance of upsetting the odds.

His most ardent followers also have their own role to play in rallying friends and family to back Trump for another four years. With just under 45% of the American electorate choosing not to vote last time around, there’s a huge untapped audience out there.

As the favourite, Biden’s job is slightly different. If he is to be successful, then he must learn the lessons of four years ago, when a fragmented Democratic movement cost Hillary Clinton the presidency.

Like Clinton, Biden has beaten off competition from Bernie Sanders to secure the Democratic nomination. He must now ensure that Sanders’ supporters are not allowed to become disenfranchised with the process.

Figures show that a significant number of Sanders supporters voted from Trump in 2016 after their man dropped out of the race, and Biden simply can’t afford for that to happen if he is to achieve his goal of becoming the oldest President in American history.

In selecting Kamala Harris as his running mate, Biden’s campaign will continue to engage with supporters on the left of the Democratic movement, but the man himself must tread very carefully on issues such as law and order, the economy and healthcare if he is to retain their support.

If we have a high voter turnout in Texas and Joe Biden receives those 38 Electoral College votes, turn off the TV because that means Biden will be the next President of the United States of America. Let’s get it done. Sign up at https://t.co/LvMzDAkfwI. pic.twitter.com/1GKJynbJv4

It’s clear from the latest odds and polls that this year’s US election is going to be a close one. Trump will likely head into polling day as the underdog, but 2016 proved that it would be extremely foolish to write off The Donald. 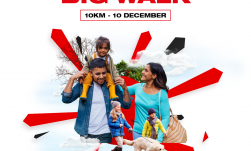