IN THE past 20 years, acclaimed filmmaker Mahesh Bhatt has concentrated on producing, writing and discovering new talent with Bollywood films including the Raaz and Murder franchises. This year he returns to directing after two decades with highly-anticipated film Sadak 2.

With that in mind, Eastern Eye selected his top 10 directorial triumphs.

Arth (1982): After a slow start to his directorial career, Bhatt had his first success with the classic drama centring on an extra-marital affair. Kulbhushan Kharbanda, Shabana Azmi and Smita Patil played the lead roles in the neatly crafted drama based on the director’s own life, which is regarded as one of the finest Bollywood films ever made.

Saaransh (1984): The multi-award winning film featuring a star-making performance from then newcomer Anupam Kher is the story of an elderly couple coming to terms with the death of their only son. The critically acclaimed drama was chosen as India’s official entry for the 1985 Academy Awards for Best Foreign Language Film, but wasn’t nominated.

Naam (1986): The cult classic helped to re-launch Sanjay Dutt into Bollywood after his turbulent battle against drug addiction. The story of two brothers trying to make it in an unforgiving society struck a chord with all those who left India to make a better life abroad. Most believe it would’ve won many awards, but no ceremonies were held the following year due to security threats.

Dil Hai Ke Manta Nahin (1991): Legendary 1934 film It Happened One Night has been adapted and remade many times, but this was perhaps the finest. The film starring Aamir Khan and Pooja Bhatt revolves around a spoilt heiress on the run and a journalist helping her. It clocked up huge numbers at the box office and remains a cult classic.

Aashiqui (1990): Although it will most be remembered for the record-breaking soundtrack, it was a hit film that clocked up huge numbers at the box office and helped reintroduce romance back into Bollywood. The story of two troubled individuals who fall in love and want to also follow their dreams, made a strong connection with a new generation of cinemagoers.

Sadak (1991): The blockbuster hit with the winning soundtrack starred Sanjay Dutt and Pooja Bhatt in what was essentially a love story set in the underbelly of an unforgiving city. The multi-layered story had winning performances from the entire cast. A forthcoming sequel, which continues the story marks the long awaited comeback of Mahesh Bhatt as a director.

Hum Hain Rahi Pyar Ke (1993): The massively successful film won awards and clocked up huge numbers at the box office. Aamir Khan and Juhi Chawla played the lead roles in the story of a man who is the guardian of his deceased sister’s kids, who falls for a runaway woman who joins the family.

Naajayaz (1995): The interesting crime drama was a massive success at a time when romance was dominating Hindi cinema. Ajay Devgn and Naseeruddin Shah played the lead roles in the story of a fearless cop trying to take down a criminal mastermind, unaware that the very same person is his father.

Tamanna (1997): The powerful drama, which saw Pooja Bhatt become the youngest female film producer in commercial Hindi cinema history, won the National Film Award for Best Film on Other Social Issues. Pooja Bhatt and Paresh Rawal played the lead roles in the unique story of a eunuch who brings up a little girl as his own daughter after finding her abandoned as a baby.

Zakhm (1998): The last great film of Mahesh Bhatt’s sterling directorial career was the award-winning drama set across two time periods. The story revolves around a single mother who can’t be with the man she loves because of her faith and how years later her grown son must fight for her religious rights after she is murdered. It won the Nargis Dutt Award for Best Feature Film on National Integration. 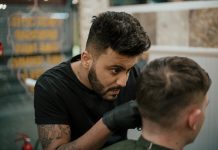 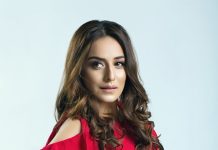 My top 10 things that make me happy – Kinza Razzak 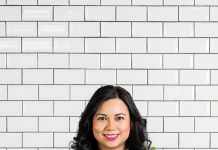